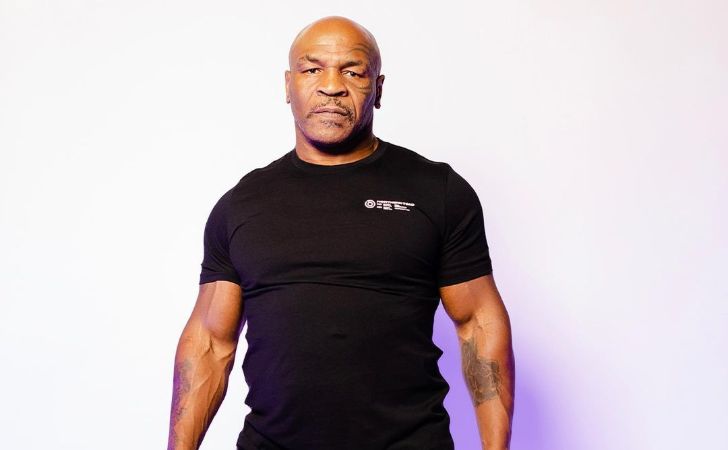 Michael Gerard Tyson, often known as Mike Tyson or Malik Abdul Aziz, is a former American boxer. He is best remembered for winning the world heavyweight title and being the youngest person in history to do it. Mike Tyson kids are eight in number.

Tyson, popularly recognized for his strength, swiftly ascended the success ladder under the firm leadership of Cus D’Amato and Rooney. He earned the titles ‘Iron Mike’ and ‘the toughest man on the earth.’

Tyson’s dominance in the sport propelled him to the height of achievement when he became the world’s undisputed heavyweight champion. But, as fast as Tyson ascended the success ladder, he fell into the trap too. All thanks to his tarnished past, poor judgment, and illegal behaviour.

When Mike was at the top of his game, he suffered major blows due to his odd behaviour, rape conviction, financial loss, bankruptcy, and jail.

Despite Tyson’s efforts to make amends, his reputation was permanently tarnished, making him one of the most tragic personalities in American sports history.

Mike’s personal life, like his professional life, has also received a lot of attention. People have been interested in knowing about Mike Tyson’s kids, spouses, and life before fame. Let me take you through all of it.

Mike Tyson has been married three times and has eight children. Robin Givens, an actress, was his first wife. Not to mention, Their marriage lasted only a year, from February 7, 1988, to February 14, 1989. Conversely, the ex-couple got divorced after Givens accused Tyson of violence, domestic abuse, and mental instability. The couple did not have any children.

Mike had his first child with his then-girlfriend, Kimberly Scarborough. He had a daughter, and her name is Mikey Lorna.

Tyson then tied the knot with Monica Turner. Turner filed for divorce because of infidelity after the marriage lasted five years, from April 19, 1997, to January 14, 2003. Rayna and Amir are the couple’s two children.

His other children, Miguel Leon and Exodus, were born shortly after. Albeit, his former girlfriend, Sol Xochitl, was the mother of the children.

Tyson tragically lost his daughter Exodus in 2009 when she was discovered unconscious and caught in a cable swinging from an exercise machine. The little child was put on life support and confirmed dead the next day. Mike Tyson kids might not be the healthiest, but the man cares for all of them.

Then on June 6, 2009, Tyson married Lakiha Spicer for the third time. The couple has two children: Milan, a daughter, and Morocco, a son. Tyson also counts his second wife’s daughter, D’Amato, among his children. So, Mike Tyson’s kids are eight in number, including the deceased Exodus.

Mike Tyson, the former boxer, was born in Brooklyn, New York, on June 30, 1966. Tyson’s birth father is listed as Purcell Tyson on his birth certificate, but the man Tyson had known as his father is Jimmy Kirkpatrick. His mother is Lorna Smith Tyson.

He has an older brother, Rodney, and a sister, Denise. Unfortunately, his sister died of a heart attack in 1991. He also has a half-brother, Jimmie Lee Kirkpatrick, from Kirkpatrick’s previous marriage.

When Tyson was ten years old, his family moved from Bedford-Stuyvesant to Brownsville due to financial constraints. Tyson had been involved in fights since his early childhood. However, they were mostly for personal reasons and did not have a professional basis.

To deal with bullying issues, he resorted to using his fist. Tyson had already been jailed 38 times for knocking out adult guys on the street by the time he reached adolescence.

Tyson graduated from the Tryon School for Boys in Johnstown, New York. Bobby Stewart, a juvenile detention facility counsellor and former boxer, saw Tyson’s boxing talents there. He refined them a little further before presenting the future champion to Cus D’Amato.

Tyson prepared for the sport with the help of Amato. Amato had complete custody of him and had devised a strict training plan for the budding boxer. Tyson went to Catskill High School during the day and practised in the ring at night. But he did not graduate from high school and dropped out as a junior.

The boxer was born on June 30, 1966, making him 54 years old as of June 2021. Mike stands at the height of 5’11”. Despite his tall stature, he was undersized for a heavyweight. Nevertheless, he was exceedingly swift and powerful. Despite his height, his physique made him appear incredibly threatening.

Tyson’s weight has fluctuated a lot over his career. He weighed 214 pounds when he began boxing and 233 pounds when he fought for the final time against Kevin McBride. He currently weighs 240 pounds which equates to around 109 kg.

Net Worth | How Much Does Mike Tyson Earn?

Tyson earned more than $400 million from boxing throughout his 20-year career, according to Forbes. Provided that the figure rises to a little over $700 million. Unfortunately, Tyson’s money vanished in 2003 due to his irresponsible spending habits, being tricked out of millions of dollars, terrible agreements, and other factors. Mike Tyson kids however have nothing to worry about the loss.

That year, the ace boxer was declared bankrupt. He has made hundreds of millions of dollars during his long career, yet his net worth is projected to be $3 million as of 2021.

As of now, Mike Tyson is active on Two social networking sites, Instagram and Twitter. Similarly, if you want to follow him on this social media handle, then here it is,

As of June 2021, Mike Tyson’s Net Worth is estimated to be around $3 million.

Mike Tyson has been married three times but is currently divorced.