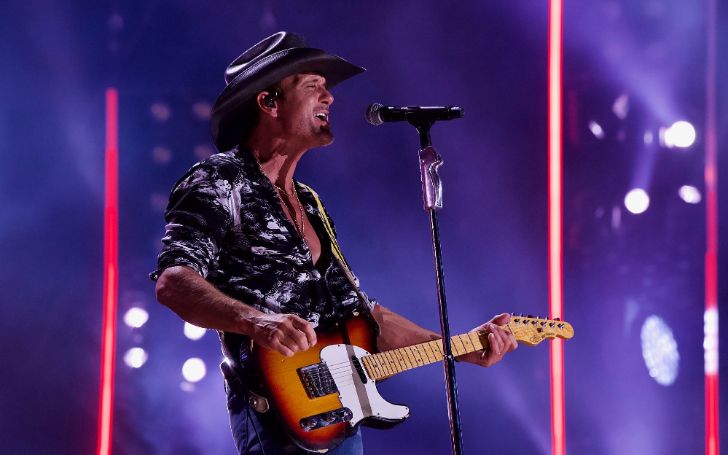 Tim McGraw songs have always captivated the attention of people all over the world. Along with being a singer, he is also a songwriter, guitarist, producer, and recorder. The dashing singer has been contributing to the music industry since his since he launched his album, in 1990. His three-decades-long career had increased the level of music in the industry.

Some of his greatest hits include It’s Your Love, Don’t Take the Girl, Highway Don’t Care, Undivided, I Like It, I Love It, Just to See You Smile, Live Like You Were Dying, Indian Outlaw, Meanwhile Back at Mama’s, Please Remember Me, Something Like That, Where The Green Grass Grows, The Cowboy in Me, Shotgun Rider to name few.

Today through this article we are going to let you know about Tim McGraw songs, age, height, his love life, and earnings every year. Without further ado, why don’t we start this article with some quick facts;

Who Is Tim McGraw?- Parents and Siblings

This singer was born Samuel Timothy McGraw in Start, Louisiana. He was born to mother Elizabeth “Betty” Ann D’Agostino who is a waitress and father Frank Edwin “Tug” McGraw Jr. His father was an American baseball pitcher and a Major League Baseball player. He is the only kid in his family.

His mother was pregnant with him when she was a teenager. Therefore he believed that his biological father was Horace Smith and was unaware of his real father. However, at the age of 11, he discovered his birth certificate in his mother’s closet. Eventually, his mother took Tim to meet Frank.

Despite all this, Tim’s father denied the fact that he was his son but it all changed when McGraw became 18 years old. Sadly he lost his father in the year 2004, they became very close with each other. When this man was a kid, he was keen on playing sports, more importantly baseball.

During his high school, he was a member of FFA. Later Tim went to study at Northeast Lousiana University through a baseball scholarship and became a member of the Pi Kappa Alpha fraternity. His knee was injured and after that McGraw opted for another profession.

In addition to this, Tim started playing guitar and often played among the mass. Similarly, he studied in Florida Community College at Jacksonville where he joined a local band. When Keith Whitley died in 1989 he moved from college to pursue his career in music.

How Old Is Tim McGraw?- Age, Height and More

This legendary singer was born in the year of 1967 and in 2021 he is 54 years old. Tim falls under the sun sign of Taurus as he was born on the 1st day of May. As a matter of fact, this brilliant singer stands tall at a height of 183 cm which converts to 6 feet.

Being keen on sport Tim likes to maintain his body. For his workout, he used to attach 40 pounds of weight to his ankles and used to run at all. Along with that Tim used to perform 12 circuits of various exercises such as rattling heavy battle ropes and hammering tractor tires.

As per his diet, McGraw consumed oatmeal with walnut, maple syrup, and dried cherries. For his lunch, he usually ate avocado, tuna, eggs, apples, chilies, and walnuts. During dinner, he preferred grilled chicken breast with spinach, polenta, steamed broccoli, sweet potato, and asparagus.

Although Tim has a strict diet, he takes protein shakes to get rid of hunger. Also, he loves having yogurt and granola before bed. Therefore, his body weight is 81 kg or 178.5 pounds. As a matter of fact, this handsome has a pair of dark brown eyes and short dark brown hair.

Who Is The Wife of Tim McGraw? Is He Married?

Hollywood is famous for celebrities whose marriage breaks before even it hits on the media. In a time like this Tim and Faith have been setting an example of how a couple can make their relation long-lasting. This two lovey-dovey couple met in 1994 at the annual Country Radio Seminar in Nashville.

During that time Tim was performing New Faces and Faith had just divorced her husband and this man was dating Kristine Donahue. In a matter of time, they became fond of each other and McGraw broke off his engagement with Donahue. As a matter of fact, Faith was engaged to producer Scott Hicks.

Although both of them were committed to different people, due to their chemistry they decided to get together. This famous singer proposed to this beautiful woman on June 26, 1996, while they were at a country music festival. He got into one knee and asked her out.

After that Tim got busy with his concert and after the completion of the concert he found a message on his armoire. There, Faith had written “Yes, I am going to be your wife! I love you.” He still has that mirror. They did not wait for long and walked on the aisle in the hometown of Rayville, Louisiana on October 6, 1996.

Fortunately, in 1997, this lady got pregnant for the first time 1997 and in the same year in May daughter Gracie Katherine was born. A year later Hill gave birth to their second daughter Maggie Elizabeth in August 1998. Luckily in 2001, they were blessed to have daughter Audrey Caroline by their side.

What Is The Net Worth of Tim McGraw?

This married couple is not only one of the strongest couples but is the wealthiest one too. This famous duo has a total net worth of $165 million in 2021. That is all thanks to their hit albums which were sold to more than 80 million all around the globe.

As this couple is wealthy, they spend some of their money on real estate. They own property of 1800 which once belonged to Legendary singer Hank Williams. In 2000, this land cost them around $13.75 million. Later in 2015, they purchased 131 acres of property for $3 million.

In addition to this, Tim and Faith decided to sell their 600 plus acre property for $20 million and later decreased its value to $18 million. Currently, they own a 20 acre land on a private island called L’ile d’Agnes since 2003.

Although this brilliant singer is in his 50’s there is nothing stopping him from wanting to produce the music. Tim McGraw songs are so extravagant that it does not misses hitting the billboard. This handsome musician and Craig Wiseman had someone in their life who was diagnosed with some severe medical condition.

After they lost their dear ones, they released music titled Live Like You Were Dying in 2004 which topped the charts in less than two months. Tim collaborated with The Warren Brothers to make a song that elaborated on the casualties of war. Luckily he performed the song in the 2007 ACM Awards.

It was one of the unforgettable moments of McGraw’s career. To share his impeccable love with the love of his life, Tim released a song for his wife Faith titled I Need You. During his career, he has collaborated with several fancy vocal artists like Taylor Swift and Keith Urban to make Highway Don’t Care.

Other than this some of Tim’s spectacular songs are It’s Your Love, Don’t Take the Girl, Highway Don’t Care, Undivided, I Like It, I Love It, Just to See You Smile, Indian Outlaw, Meanwhile Back at Mama’s, Please Remember Me, Something Like That, Where The Green Grass Grows, The Cowboy in Me, and Shotgun Rider.