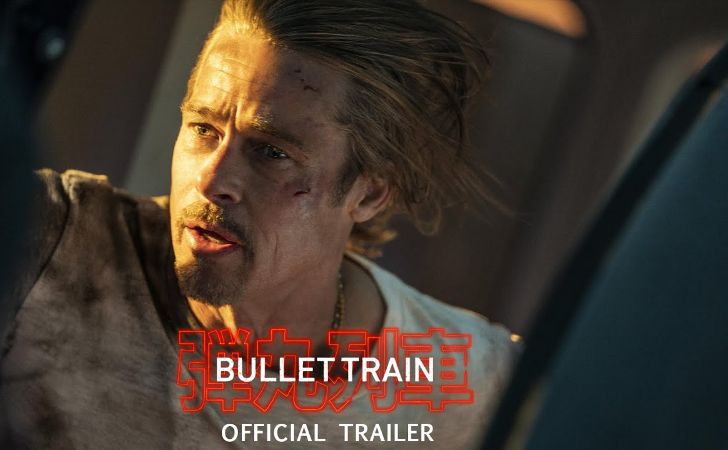 Kotaro Isaka published a book named Maria Beetle as Bullet Train in English. Bullet Train is an upcoming American movie. This movie is adapted from the same novel by Isaka.

Likewise, David Leitch directed this movie. Leitch is an American filmmaker. He made his directorial debut in 2014 with John Wick. He directed some of the best films like Deadpool 2, Atomic Blonde, and Hobbs & Shaw. The screenwriter is Zak Olkewicz.

Similarly, the producers for the movie are Kelly McCormick, David Leitch, and Antoine Fuqua. At first, Fuqua developed the film. Later, in 2020, Leitch was hired as a director.

The official trailer of the movie was released on 2nd March 2022. Again, on 7th June 2022,  another trailer was revealed. During the initial production of the film. It was intended to be a violent R- rated action movie.

However, the movie was altered into an R-rated comedy movie. Filming and shooting of the film take place in the USA and Japan.

Likewise, the trailer shows different action sequences with humor. The trailer discloses several professional assassins who are executing their operations.

We can see that all the assassins are running towards the same goal. Hence, the leader probably imposes the killers on retrieving the briefcase.

William Bradley Pitt is one of the best actors in America. The actor’s role as a cowboy hitchhiker in Thelma & Louise received positive reviews. Pitt starred in lead roles in several drama films. The first big-budgeted movies Pitt cast were A River Runs Through It, Legends of Fall, and Interview with the Vampire.

Furthermore, some of its most recognized movies of Pitt are Once Upon a Time in Hollywood, Mr. & Mrs. Smith, Fight Club, Seven, and Ocean’s Eleven with its sequel.

Talking about Pitt’s personal life, he married Jennifer Aniston in 2000. Later in 2005, they split. Further, Pitt and Angelina Jolie married in 2014. The couple separated in 2019. Pitt and Jolie have 6 children. Three of them were adoptive kids. The actor has a net worth of $300 million.

Brad Pitt is a versatile actor who is known for his charming appearance. Similarly, the actor has played the role of an assassin named Ladybug in this movie.

Sandra Annette Bullock is the highest-paid American actress. The actress played a minor role in her debut movie Hangmen. Her supporting role in Demolition Man got appreciation. Eventually, the actress made a breakthrough in the blockbuster movie Speed.

Similarly, Bullock starred in Bird Box, The Proposal, Gravity, A Time to Kill, Ocean’s 8, Miss Congeniality, and Premonition. Bullock and Jesse James married in 2005 and divorced in 2010. The actress’s net worth is $250 million.

Likewise, Bullock will portray the role of Maria Beetle. Thus, Maria Beetle is an acquaintance of Ladybug.

The actress from The Kissing Booth franchise, Joey Lynn King, will join Pitt and Bullock. King entered the film industry from a young age. The actress’s work in The Act is remarkable. Joey King and Steven Piet have been in a relationship since 2019. They engaged in February 2022. Likewise, King stars as an assassin named Prince.

Similarly, Aaron Taylor Johnson is showing up as another assassin, Tangerine. Tangerine is a partner of Lemon. Johnson has worked in MCU movies,; Kick-Ass plus Avengers: Age of Ultron. Brian Tyree Henry is playing the role of assassin Lemon. Lemon and Tangerine are portraying the role of colleagues.

What is Bullet Train About?

The bullet train is about the five assassins performing their task. Later, killers will realize how all of their assignment is linked. To survive each other attacks, they keep on fighting.

They will uncover puzzles until they come to the destination where the assignment ends. The trailer is full of chaos and brutal action. It is a sure thing that the audiences will see a lot of R-rated scenes.

Since the trailer looks promising, the audience seems to prefer the thrill and action of the movie.

When is Bullet Train Releasing?

Bullet train is purely an adaptation of a Japanese novel. Looking into the cast of this movie, many roles for the Asians are either side or minor. The executive director of the Japanese American Citizens League made allegations of whitewashing actors in the film.

Moreover, criticisms about casting were made. The executive director wished to see Japanese actors in significant roles.