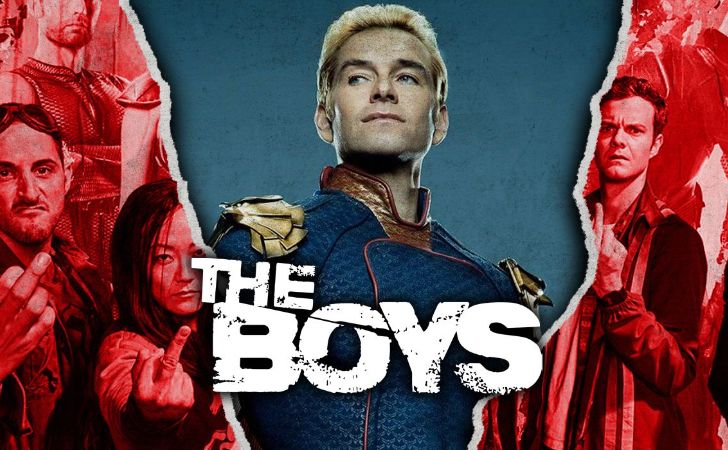 The Boys Season 3 first three episodes were streamed on 3rd June 2022. The Boys is an American TV superhero series with dark comedy, action, and satire. Garth Ennis and Darick Robertson created a book named The Boys. Hence, the series is based on the same comic book.

Erin Kripke is the creator as well as executive producer of this series. On 26th July 2019, the first season of The Boys was released. This series has received positive reviews. The Boys also has received nominations and awards.

Cast of The Boys Season 3

Karl- Heinz Urban is an actor born in New Zealand. The actor entered Hollywood in 2002 through the horror movie Ghost Ship. Urban acted in several eminent movies. Some of his best movies are The Lord of the Rings trilogy, the Star Trek reboot film series, Thor: Ragnarok, the Riddick films series along with Dredd.

Likewise, the actor married Natalie Wihongi in 2004. The couple has two sons together. Unfortunately, they divorced in 2014. Urban and Katee Sackhoff were in a relationship from 2014 to 2018. The actor has a net worth of $20 million.

Furthermore, Urban’s role is William “Billy” Butcher for the TV series. Butcher is the leader of The Boys. The Boys have one thing in common; their hatred toward Vought. Butcher despised Homelander. Homelander raped his wife Becky. Additionally, Homelander hid Becky and the child born through rape.

Antony Starr is a New Zealand actor. The actor is active in acting since 1995. Starr got a minor role in Shortland Street. This is when his career began. Starr has portrayed several roles in several movies and TV shows. The actor acted in Without a Paddle, Banshee, American Gothic, and also in Outrageous Fortune.

Additional Casts for this season

Jack Henry Quaid debuted with a role in the movie The Hunger Games (2012). The actor also portrayed his roles in numerous movies and TV shows. Quaid appeared in Vinyl, Scream as well as Tragedy Girls.

The actor also does voice acting. Jack Quaid is famous for his role as Hughie Campbell. Moreover, Hughie is one of the protagonists of this show. Hughie joins Butcher after A-Train kills his girlfriend.

Furthermore, Erin Moriarty is portraying the role of Annie January. Annie January’s other identity is Starlight. Starlight is a member of seven. In addition, she is the one helping Hughie and the boys to bring down Vought.

Likewise, the other additional cast is:

Review of Episodes 1-4 of The Boys Season 3

The Boys season 3’s first episode starts after a year. The first three episodes of this season dropped on 3rd June 2022. This series is a comedic R-rated series. It came back with a bang. From the beginning, The Boys served the viewers with more bloodshed, human popping with satirical humor.

The fourth episode was released on 10th June 2022. Likewise, this series used Ant-Man and Thanos theory in a sarcastic way. They also mocked Kendall Jenner’s Pepsi advertisement by using it in one of the episodes.

Similarly, according to audiences, this series is way ahead of Marvel and DC’s conception. The series also addressed Black Lives Matter.

To surprise, we saw Butcher getting Temp V shot. Butcher turned into the thing that he hated the most. He transformed into a temporary Supe.

Furthermore, the fourth episode was satirically chaotic. Butcher and the boys went to Russia to find the ammunition that killed Soldier Boy. It was a shock when they found Soldier Boy alive.

On the other side, Hughie also took a shot at Temp V. This action of his made everyone disappointed. The episode ended when Kimiko could not heal after Soldier Boy’s attack.

When Will The Remaining Episodes Come Out?

This season will also incorporate 8 episodes like previous seasons. Three of the episodes came out on 3rd June 2022. The fourth came on 10th June 2022. The fifth episode is coming on 17th June 2022. Likewise, the upcoming episodes will come on a weekly basis. The Boys is renewed for next season recently.

Where to Watch The Boys?

Viewers can watch The Boys on the Amazon Prime Video. Additionally, we can watch it either by renting or buying it through Vudu, Microsoft Store, and Apple iTunes.

This season started right with full-on thrill and bloodshed. The creators have done the thing more than the fans have expected.

However, viewers expect to see Soldier Boy as a funny character. It is a kind of relive after seeing Kimiko in the recent teaser dancing in a hospital gown. Hence, we can guess that Kimiko may be alive. Likewise, this season twisted the plot after shooting Compound V on normal humans. Hughie and Butcher were staying high on Temp V.