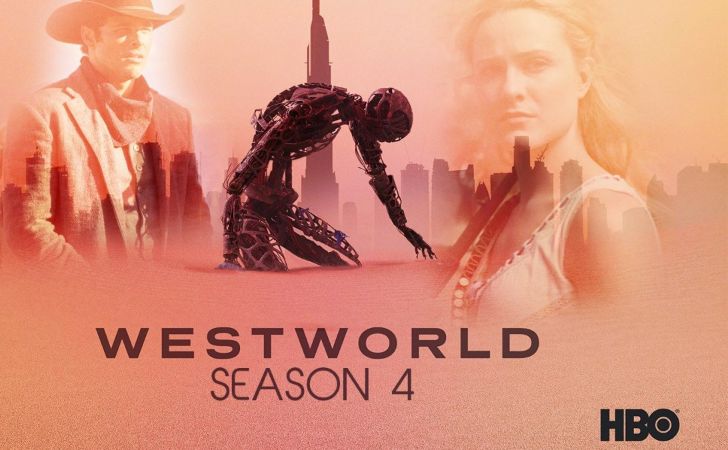 Westworld Season 4 is an American neo-western TV series. The series also falls under the dystopian sci-fi drama genre. Michael Crichton wrote and directed the movie with the same name in 1973. The future world is a sequel to the 1973 Westworld film. Hence, both movies are the basis of constructing this TV series.

Furthermore, Westworld is one of the highly praised TV series. The show has gained several awards. Westworld was nominated for 54 categories. It won 9 Primetime Emmy Awards out of 54 nominations.

After two years, Westworld is returning with the following season. HBO dropped the first trailer on 10th May 2022. The trailer starts with a song named “Perfect Day.” We can guess that nothing will be perfect this season. Likewise, the trailer left the fans unaware of what might happen next this season.

Dolores Abernathy died, and she is returning as a completely new person. The older casts are coming back from the sublime to the real world. The trailer gives us a hint of the storyline of the two worlds.

After all, Westworld is a sci-fi series. So, the creators may work with the time and reality theory.

Evan Rachel Wood set her foot in the acting in the 1990s. Rachel Wood is an American actress, singer, and also model. The actress debuted in Digging to China as a leading actress. Wood was already a star in her teenage years.

Similarly, Wood starred in several brilliant movies and TV shows. Thirteen, Whatever Works, CSI: Crime Scene Investigation, American Gothic, and The Wrestler are some of her renowned movies and dramas.

However, they broke up in September 2017. In addition, the actress was engaged to Marilyn Manson. Eventually, this relationship did not work out because of Manson’s abusive behavior.

Wood is portraying the role of Christina for this season. Previously from seasons 1 to 3, the actress played the role of Dolores Abernathy. In season 4, Christina is a writer.

Aaron Paul Sturtevant is an American Actor. The actor portrayed Jesse Pinkman in the AMC series Breaking Bad. Paul received many awards and positive reviews for his role as Jesse Pinkman.

The award-winning actor played roles in movies such as Exodus: Gods and Kings, Eye in the Sky, Need for Speed, Mission: Impossible 3, and Dual. Paul married Lauren Parsekian in 2013. They have 2 children. Paul has a net worth of $20 million.

Aaron Paul will reprise his role as Caleb Nichols in this series.

Additional Cast for this season

Furthermore, Thandiwe Newton will continue to portray the role of Maeve Millay. Maeve is the madam of Sweetwater. Jeffrey Wright will repeat the character of Bernard Lowe.

Bernard programs the behavior of artificial people. Ed Harris will also appear as William. William is also known as Man in Black. We see Luke Hemsworth as Ashley Stubbs and Angela Sarafyan as Clementine Pennyfeather.

Aurora Perrineau, Ariana DeBose, and Daniel Wu will also have recurring roles this season. Lili Simmons will portray the role of Clementine’s father. James Marsden will reappear in this show again. However, his role is not revealed.

When Is Westworld Season 4 Releasing?

Where Can We Watch Westworld Season 4?

Viewers can watch Westworld on the television network HBO every Sunday. We can also watch this show on the online streaming service HBO Max. The previous three seasons are available on Hulu and Amazon Prime Video.

Dolores died last season, and she is alive again this season. The creators are bringing back Teddy from death. Hence, Westworld season 4 has a lot to deliver to the fans.