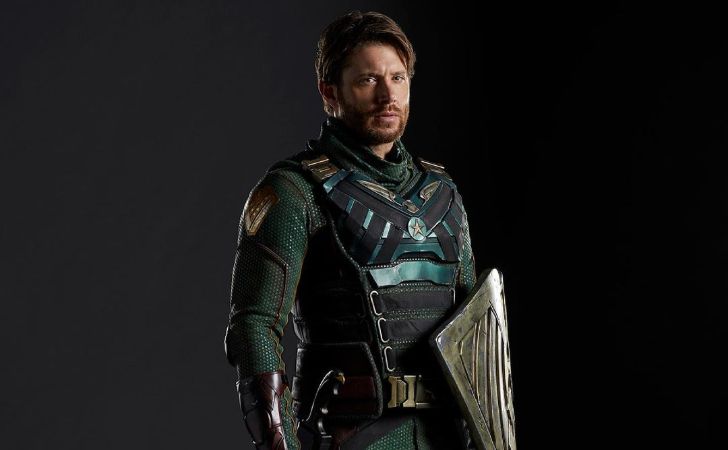 The first glimpse at Jensen Ackles in his superhero outfit has been revealed by Amazon Prime Video ahead of Season 3 of “The Boys.”

Soldier Boy is a rip-off of the original Garth Ennis and Darick Robertson comics. Jensen Ackles has finally arrived in The Boys season 3, as evidenced by the first-look shot of him dressed Super Hero. Likewise, the character is somewhat inspired by Captain America.

Jensen Ackles revealed himself as Soldier Boy in his official Instagram Account, quoting, “Every dent, every scratch, every mark tells a story. A story that ends with me, winning.”

And revealed his look as Soldier Boy quoting, “My idea of a camouflage banana hammock got overruled. And I’m glad it did. I love this suit.”

Ackles joins the third season of the comic book-inspired drama as the original superhero “Soldier Boy,”. Furthermore, it is developed by Compound V in the 1940s.

Soldier Boy – in Comics is an initial superhero developed by Compound V in the 1940s. Soldier Boy fought in WWII, killing German soldiers by the dozen, and became the first American superhero in the American Culture. In the comics, he was the commander of Payback, the second-strongest superhero team after the Seven.

Obviously, there are some significant differences between the Soldier Boy in the comics and the Soldier Boy on screen. For one thing, Payback and the Seven both appeared in comic books at the same time.

The comic-book herogasm, i.e., the personal moment between Soldier Boy and Homelander. This was owing to Soldier Boy’s desire to be a part of seven.

Who will reprise their role in The Boys Season 3?