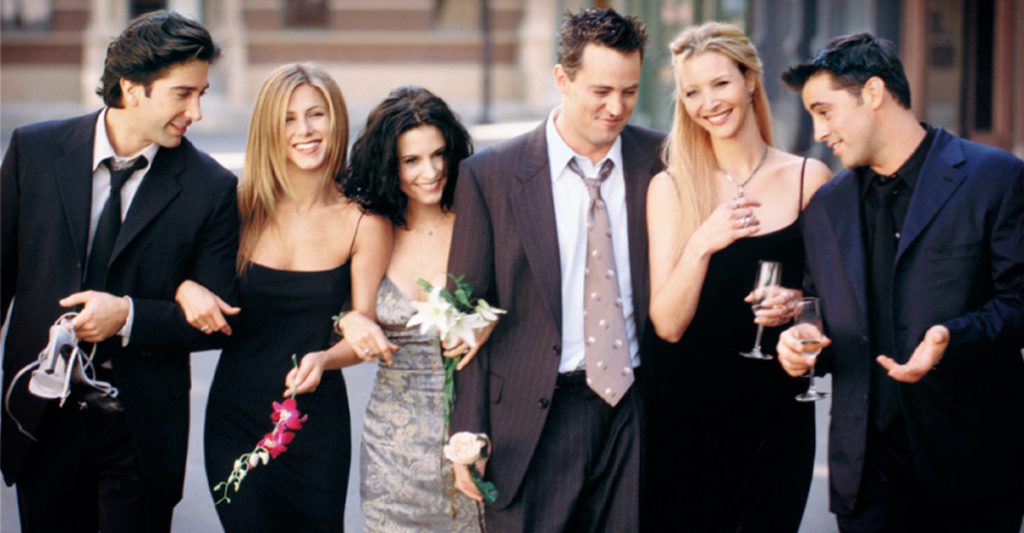 There are millions of fans worldwide when we talk about the show Friends. People tend to admire and rewatch the show innumerable times. But there are reasons why friends is overrated show. This TV show has run for a long time to be termed the best in sitcoms.

Friends have been able to run for ten seasons and make an impact of their own. The whole Friends saga started in 1994, and the last season came in 2004.

Still, to this date, Friends fans are such a vast number. The cast of Friends tends to earn a good amount of money to this date for their work in the series.

But the core watcher of the series and movies tends to know that Friends is overrated show. Multiple facets of the series tend to go wrong, and the lackluster dragged performance of the character does no justice to the fans.

Still, some people tend to idolize the characters and also the show in common. Some of the reasons for the show being overrated is

The biggest reason Friends is overrated is due to the all-white cast. The cast is Courtney Cox, Jennifer Aniston, Matthew Perry, Lisa Kudrow, Matt Le Blanc, etc. What’s more disappointing is that even the guest artist appearing in the series are all white.

The series’ supporting cast includes James Michael Tyler, Paul Rudd, Tom Selleck, etc., all of which are white. This shows the fact that Friends is a white cast.

There is a considerable level of biasedness when we talk about it. Not including a single black, transgender queer in the lead shows the weak link.

Suppose you look at some other famous sitcoms like Mind Your Language and The Office, where the black characters are provided with the proper screen time, which makes it special. Friends went on to lag in this factor, and even though it has fans, things don’t work too well for the series.

The world has changed at this point. Jokes that looked pretty good then don’t suit well. One can say at that time; that those jokes did work. But you have to agree body shaming isn’t likable at the moment. You need to be at the best of the mark to get the body shaming right.

If you have closely watched the series, you will know that Rachel needs to be thin and desirable to be liked by many. There are some myriads in the series showing flashbacks about the characters.

In the past, the likes of Ross, Monica, and Rachel weren’t too good to talk about. They were overweight.

However, to impress the likes of Chandler, Monica tends to get slim and likable. This shows that you need to be in the best shape and look demanding if you want to be loved by many.

One can’t agree with this mantra in the 21st century. People from all backgrounds need to be respected in the modern day and age.

Double Meaning dialogues are too many

When you look at a foreign culture, smaller kids are taught to look at Friends from a very young age. You need to compete to enjoy the humor and also understand the language.

But Friends is overrated show, and there is no doubt about it. A 10-year-old who tends to watch the series won’t enjoy it much.

There are a lot of double-meaning jokes that tend to come through in the series. Such dialogues will not work well for a teenager who is just growing up to make an impact.

Kids learning the double meaning of jokes will affect their psychological mindset. A lot of the family leaders don’t understand that.

Watch them, and you will realize that most of the jokes aren’t funny at all. One can easily say Friends is overrated show by looking at those clips.

Nobody works hard to be successful

Watching Friends can be entertaining for people between the age of 20 to 26. It is because all the friends of that age are shown in the TV show.

This depicts that all of them have just graduated and are looking to settle down in their life. Meanwhile, what more to talk about is that none of them have made it.

Out of all the cast in the show, it is only Ross who has a stable job to show. Other than that, people have remained jobless or picked jobs here and there most of the time. Things get to the next level when none of the show’s cast works hard to achieve what they are meant to do in their life.

Joey is a struggling actor who tends to do outdated commercials; Chandler has left his job to pursue his passion but doesn’t work hard.

Likewise, Monica is searching for jobs here and there to fulfill her need to be a chef, and Rachel hovers around as the rich kid with a basic sense of fashion. All of this doesn’t help much.

Being intelligent is a problem

The biggest turn-off for Friends is overrated show is the lackluster storyline. Out of every character in the show, the highly qualified character is Ross.

He has a degree and has an uncompromising love for dinosaurs. He also has a stable job of being a professor related to anthropology, which makes him unique.

But the show has shown him as a nerd. What’s more depressing is that he has been slated as someone who doesn’t have the genuine idea of how to be excellent.

Every time he shares the insight related to dinosaurs, he is either laughed off or not taken too seriously, which is the turn-off in real life.

In like manner, the character of Ross is shown as someone who is not good at social interactions. He has had too many marriages and divorces; he doesn’t know how to interact with the new girl and has poor conversational skills. This doesn’t work well when we talk about real-life scenarios.

The last reason Friends is overrated is the difference in what the show means. When we talk about Friends, it should be the story of Friends who are having struggles in their life. But that is not the case. There is an over-dependence on love stories in the series.

Although the series started with the theme of how friendship should be, everything changed. Six friends become two couples, and the story runs around it.

When you cross the fifth season, you tend to realize the story is stretched to a tremendous extent.

Let’s imagine that the angle of the Chandler-Monica and Ross-Rachel love story is taken out. Well, there is nothing much we can discuss, which is the biggest fallback for the series.

You need to look with deep concern that love has been given more priority, and without it, life seems to be halting at a place.