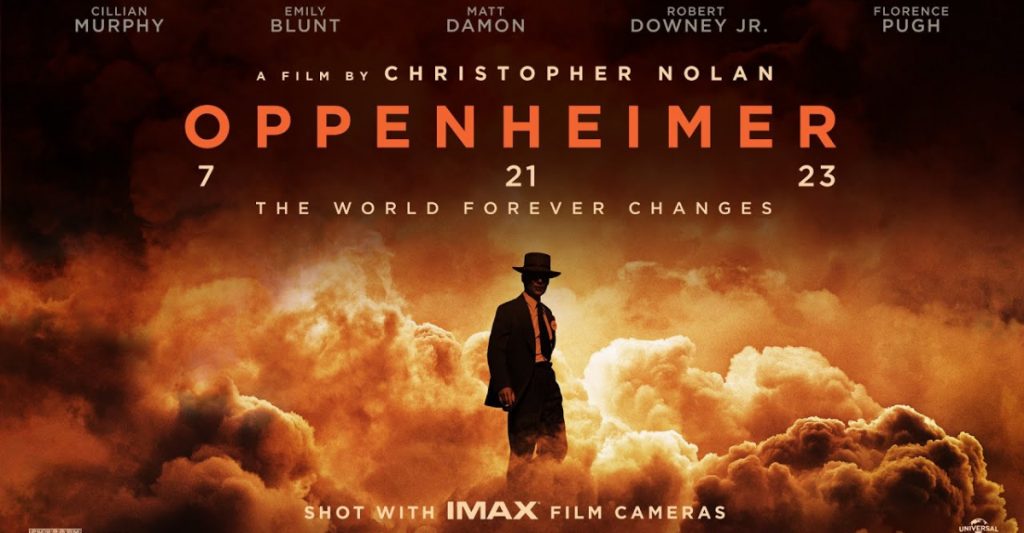 Oppenheimer is an upcoming biographical movie based on the life of a theoretical physicist. The movie is an adaptation of the book American Prometheus which was written by Kai Bird and Martin J. Sherwin. Hence, Oppenheimer is going to release in 2023 which is also a highly anticipated movie.

Moreover, the movie is written and directed by Christopher Nolan. Nolan is one of the renowned directors worldwide. Nolan is an extraordinary director who has done many remarkable works in the film industry.

Further, his movies have grossed more than 5 billion USD in the box office collection around the world. Syncopy Inc. and Atlas Entertainment are the production companies for this movie.

The first teaser trailer of the Oppenheimer was released on 28th July 2022. Cillian Murphy’s first look as J. Robert Oppenheimer is revealed in the teaser. The released trailer has not given any clue to the audience.

Further, Universal Pictures weirdly dropped the teaser. Nolan got the distributors to release the teaser on Twitter and YouTube live. Hence, the teaser was put on an endless loop on YouTube. This odd strategy is quite uncommon these days.

We can see spooky explosion shots with eerie background music. Moreover, the teaser runs for 1 minute and 18 seconds. Most of the footage is shown in black and white.

However, the trailer ends with the saying “The man who moved the earth” along with the phrase “The World Forever Changes”.

The big-budget movie has selected the best of the best castings for this movie.

Cillian Murphy is a multi-talented Irish actor. He also used to be a singer, lyricist as well as guitarist for a rock band. He previously worked with Christopher Nolan for several movies. They were Dunkirk, Inception, and The Dark Knight Trilogy.

One of Cillian’s most loved roles is Thomas Shelby from the crime drama series Peaky Blinders. Likewise, he married Yvonne McGuiness in 2004. McGuiness works as a visual artist. The pair have 2 sons together. Furthermore, he has a notable net worth of $20 million.

Cillian Murphy is appearing in a lead role in Oppenheimer. He will be portraying the role of theoretical physicist, Julius Robert Oppenheimer.

Emily Olivia Leah Blunt is an accomplished British actress. According to Forbes, she is one of the highest-paid actresses in the year 2020.

Since 2000, she is active in the entertainment industry. However, her breakthrough role is Emily Charlton in The Devil Wears Prada movie. Blunt has worked in more than 30 movies till now. Likewise, her net worth is currently $80 million.

Some of her best movies are Edge of Tomorrow, Sicario, Salmon Fishing in the Yemen, The Adjustment Bureau along with A Quiet Place I and II.  Similarly, Blunt married actor John Krasinski in 2010. They have two adorable daughters.

Emily is performing the role of Katherine “Kitty” Oppenheimer. Kitty is a biologist, botanist, and wife of J. Robert Oppenheimer.

The long list of star-studded cast list is not ending here. The actors and actresses for this movie are wisely chosen. The additional cast along with their roles are  below:

Likewise, there are other casts too and their characters are still not revealed.

When is Oppenheimer Releasing?

Oppenheimer will release next year which is 2023. The movie is releasing on 21st June 2023. Additionally, Universal Pictures is the worldwide distributor for this movie. Christopher Nolan along with his wife Emma Thomas and film producer, Charles Roven are producing this movie.

Thus, the production budget of this movie is $100 million. Another highly awaited movie is Barbie. Barbie is releasing the same day as Oppenheimer. Therefore, the release date of both movies is driving the internet wild.

Although the plot details are hidden away, the bits are known. The movie perhaps will focus on the history and biography of J. Robert Oppenheimer. The theoretical physicist is popular as the “father of the atomic bomb”.

Similarly, American Prometheus: The Triumph and Tragedy of Robert Oppenheimer is the main base of creating the movie. Oppenheimer was a history creator with several contributions. During Manhattan Project, he contributed as a director of Los Alamos Laboratory.

Hence, Robert’s contribution led to the creation of the first atomic bomb. Besides, the movie may highly focus on the unknown events of World War II.

The all-star movie is one of the most awaited movies. The talented Cillian Murphy is performing the lead role in this movie. Correspondingly, the inclusion of big stars suggests that the movie is also going to be epic.

Nolan will never disappoint his fans. Thus, we may see his unconventional work in this movie too.

Nolan has created some of the greatest movies in history. He did from superhero to war genre, time travel to crime drama genre movies. Now, he is into historic biopic movies which are quite new.

Christopher will always serve the audience with an unexpected plot. So, expecting anything is just going in vain from this viewpoint.