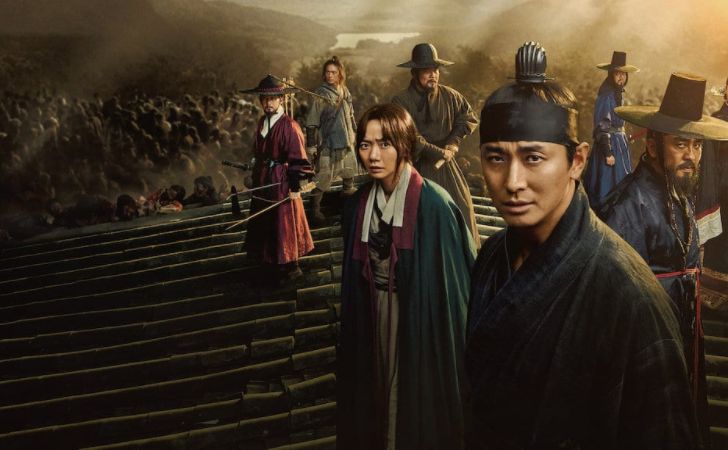 Without question, Kingdom is the finest zombie show ever. It will be ranked first among all movies and TV series ever made or released in the near future. Everyone, including those who aren’t zombie fans, should give it a go without a second thought. I simply hope that this show maintains its quality in future episodes. Fans all over the world are awaiting Kingdom Season 3.

I was captivated by the clever scriptwriter Kim Eun Hee; also the writer of the popular TV drama Signal, delicately weaved the narrative. What makes Kingdom stand out is its ability to keep viewers enthralled until the end of not one but two seasons.

Netflix has not yet renewed Kingdom Season 3. The world is recuperating from the devastating coronavirus, and the release of Kingdom: Ashin of the North on July 23, 2021, may have halted development.

However, Netflix may employ this method to keep viewers interested in the show. The South Korean political period horror thriller streaming television show Kingdom may be distinct from other zombie attack movies and series, but it was well-received by fans worldwide.

Read also: Memes and Things you need to know about Squid Game >>>

Kingdom Season 3 is expected to be released in July 2022. We will update the original Kingdom season 3 release date whenever we receive confirmation news.

Season 2 ended with a bang, revealing the mysterious figure Ashin (Jun Ji-Hyun). The development of Ashin’s character was eventually revealed in Kingdom: Ashin of the North.

Since episode 3 of season 1, Seo-bi discovers the plant in the icy valley mountains and discovers that someone else has been there who has also employed bells to follow the zombies and has shackles around human limbs. In a controlled atmosphere, only a specific number of zombies were maintained close. If you’re reading this, go back to that episode, and you’ll be astounded at how brilliantly the authors have crafted all of the characters’ storylines to the point where they may all meet one day for so many different reasons.

In season 2, the last episode, we see the Worm spreading to the Young King’s brain. We saw that the best way to prevent the virus from spreading is by submerging a person in the water. Though the young king was submerged in water, the Worm was still in his body. The disease might spread to the young king and bring havoc in the Kingdom.

I’m looking forward to the Ashin and Seo-bi meeting at the end of Season 2. Seo-bi is my favorite character in this series; she may be powerless, but she is the show’s most intellectual and significant character. I believe she’s a total badass. She has a strong will and will go to any length to help others. She is not personally battling, but everything she has done has been a big aid and crucial in the fight against the epidemic.

Ashin was the catalyst for the resurrection plant’s inception by revealing its characteristics to Lee Seung-hui, the Joseon King’s physician at the border at Uiji. We hope that when Lee Chang (Ju Ji-hoon) finds out, he and Ashin will go head to head.

We already knew that the Joseon Kingdom employed the resurrection plant to raise the dead and fight the Japanese throughout the conflict. Perhaps the original dead were purchased by the Chinese to leave Joseon and Japan in ruins. However, we also learned from the Kingdom: Ashin of North that Ashin wishes to destroy Joseon.