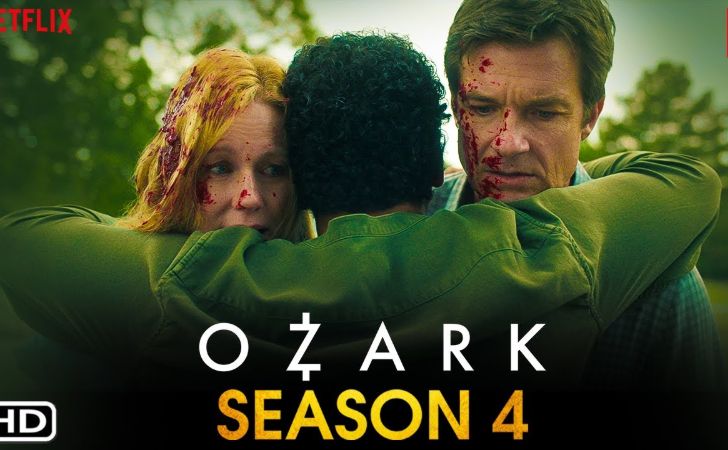 For me, this is the new Breaking Bad. Truly amazing. Are there any Ozark fans here? As the moment has come, yell aloud. So the wait is finally over. The Ozark season 4 release date has been confirmed, and the Byrde’s battle will resume in 2022.

The final episode of the previous season is among the most significant television I’ve ever seen. I’m anticipating the upcoming season to be much more demanding. Helen Pierce’s death in the final episode of Season 3 was one of the most perplexing events.

The fourth season of the series will be the series’ final season. It will consist of 14 episodes divided into two parts, first part will be aired on January 21, 2022.

Ben Davis, played by Tom Pelphrey, was one of the most endearing characters in the series. It was not an easy task to play Wendy’s( Laura Linney) brother, who suffers from bipolar disorder. He accomplished it, though, with ease.

Memes and Things you need to know about Squid Game >>

Wendy and Ben’s scene together was heartbreaking. My heart sunk as Ben emerged from the diner alone. Excellent performer. I was engrossed in character.

Ben is too stupid and naive to comprehend what he’s doing. Wendy realizes that Ben’s only genuine way out is a quick, painless death that he is unaware of.

Ben, in my opinion, is not dead. Even his body cremated was not shown in the show. Perhaps Navarro kept Ben alive as a reward for Wendy’s faithfulness in consenting to have them kill Ben or for the success they have given Navarro. My theory is Ben is in Mexico, which is why he had them fly out after season three.

What to expect from Ozark season 4?

Nelson, the right-hand man of Navarro, Kills Helen. After this incident, we might expect what relationship was poorly gone for the death of Helen.

I even anticipate further collaboration between Navarro and the Byrde’s. The cartel and Marty’s( Jason Bateman) relationship will be strengthened. Umm, which is not going to be a happy ending.

Wendy Byrde’s character development is among the greatest I’ve ever seen. She seems to be an advanced person and stager for a local realtor, then a lobbyist for Marty’s idea to build a casino. Now she will be part of running a Mexican Cartel.

Ruth ( Julia Garner) is one of the badass characters in this show. She was left devasted after the death of Ben. No help from Byrde’s when Frank Jr assaulted her. It was Mrs. Darlene Snell (Lisa Emery) who helped out Ruth. After knowing her cousin, Wyatt Langmore, is with Darlene and somewhat betrayal by Byrdes at the end of season 3, we saw Ruth joining Darlene.

In season 4, I expect Ruth to go against Byrde’s. We know she always wanted to learn how to launder money. We might see more of that. I believe she will only be the one with a happy ending in the show. I cannot wait to see her badass character development.

Cowboy Bebop: Trailer, Teaser and Everything in Between >>

It will be fascinating to observe how the chemistry between Ruth’s and Darlene’s explosive personalities plays out. How feasible is Darlene Snell’s new alliance with Frank Cosgrove SrKC .’s Mob.

We have to see how the story unfolds now. They will work directly with the Mexican cartel now. This no feeling couple will try everything to get out of this mess and run away with their family. But I second this. I feel that they will now have a happy ending. The sudden death of Helen makes me think the show writer can go to any extent to keep the viewers on the edge of the sit. Now the only show that can tell how their story follows from working directly to the Mexican cartel.

The evil character of Darlene, I have to say, is the best portrayal of the protagonist. Though everyone in the show is the protagonist, she is the next level, in my view. She killed her love of life, Jacob, for money and power is a statement of how mad she is. Now with Wyatt and Ruth, we expect she will go against Frank Sr. and Byrde’s. I believe she will get one of the satisfying death in the show from the writer.

In this program, Jacob was one of my favorite characters. A principled businessman with icy blood. Darleen is simply a sociopath.

Jacob line will stay with me forever:” What do you do Martin when the bride who took your breath away Becomes the wife who makes you hold your breath in terror’”