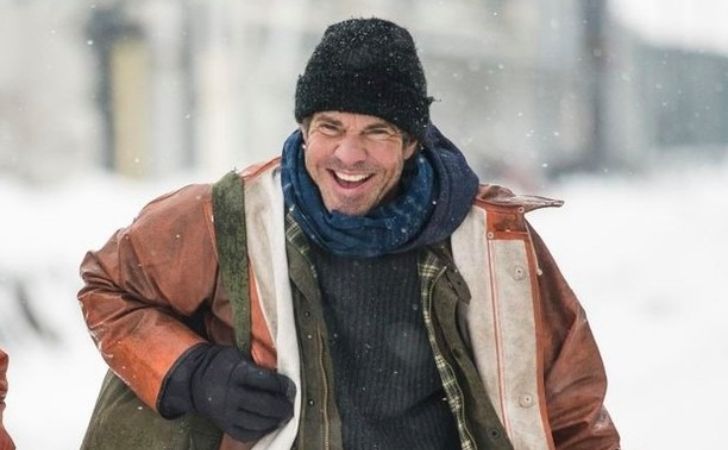 Dennis Quaid is a veteran in show business. The actor has given performances that have immortalized the characters he has played. Critics have often praised Quaid for the dedication and spice he brings to his role, which is rare.

Interestingly, he hasn’t ever won an Academy Award despite his incredible performances. The Guardian even went on to say that he is one of the best actors who has not yet received an Academy Award.

Apart from working as an actor, he has also performed and worked as a playback singer for many soundtracks. Most of his work in the music space has been inside movies and tv-series.

Born on the 9th of April in 1954, Dennis Quaid is 67 years of age as of writing. He started working in the movie industry at the young age of 19.

Although his early roles were minimal, they gave and formed an essential foundation for his future career. The actor takes extra care of his health and fitness.

Talking about his physique, Quaid stands at the height of around 5 ft and 11 inches. The actor has dark brown eyes as well as dark brown hair.

Although Dennis went through substance abuse, he has now recovered and is in good mental and physical health.

Dennis Quaid is Houston-born and son of Juanita Quaid and William Quaid. His father was an electrician, and his mother was a real estate agent.

The actor has partial French ancestry. He went to Paul W. Horn Elementary School, where he completed his early education.

Quaid decided to enroll at the University of Houston but soon dropped out and decided to pursue his passion as an actor. Quaid was raised in a Baptist environment and is a Christian.

The 5’11” actor had a long and incredibly successful career. The actor started working professionally in the year 1975 and has since worked in all forms of cinema.

His first credited role was of a baseball pitcher named Shark in ‘I never Promised You a Rose Garden.’ His breakthrough role was in a movie called Breaking Away.

He played the role of the character named Mike, which made a buzz around the industry. The part helped him gain fame and later work in movies.

The latter went on to play the role of American astronaut Gordon Cooper in a movie named The Right Stuff. Quaid has worked in many comedy movies like Innerspace.

Dennis Quaid had stopped getting movies due to his declining mental health and substance abuse. The actor got addicted to cocaine which took many of his previous years.

After recovering, he again made a comeback in movies like The Parent Trap, Any Given Sunday. During this period, he also directed his first-ever film named Everything That Rises.

In recent years tv-series like Goliath, Merry Happy Whatever, and Fortitude. He has talked about his period of substance abuse in interviews as well as in talk shows.

Quaid expressed that he was experimenting with drugs trying to ‘expand’ our minds. This period of experimentation later led to addiction which was a difficult period for him.

His recent roles have again helped get the limelight. He has also produced several tv-series like The Pet Show with Dennis Quaid and Jimmy Jellinek, The Renaissance, The Art of More, etc.

Dennis Quaid has often laid low about his political leanings. He has said that he does not adhere to a specific ideological view or theory.

Quaid has voted for both Democratic as well as Republican candidates. The actor’s favorite politician is former President of the United States Ronald Reagan.

Dennis Quaid has expressed that he was reasonably happy with former President Donald Trump’s response to the Coronavirus Pandemic. The actor will be playing the role of Ronald Reagan in an upcoming biographical movie named Reagan.

Dennis Quaid has had four marriages. He has a total of three children from his relationships. The actor’s first marital relationship was with another actress named PJ Soles.

The relationship ended in divorce in 1983. He then married American actress Meg Ryan in February of 1991.

The couple had a son from their relationship named Jack Henry Quaid. The marriage came to an end in July of 2001 when divorce was finalized.

Dennis Quaid’s third marital relationship was with Kimberly Buffington in 2004. They had a twin in the year 2007.

The actor’s twin children went through medical complications because of medical errors. He then went on to advocate for measures to ensure the prevention of such errors.

His third marriage also ended in divorce in April of 2018 after several years of complications. After his separation from Buffington, Dennis Quaid went on to date Laura Savoie.

The couple announced their engagement on the 21st of October 2019. The couple later got married on the 2nd of June 2020 in Santa Barbara.

Dennis Quaid has a total of 11 wins and a whopping 30 award nominations. He won his first-ever award in 1987 for his role in The Big Easy at the Valladolid International Film Festival.

He got his start on the Walk of Fame in the year 2005. The actor recently won the Lifetime Achievement Award in 2016 at the Houston Film Critics Society Awards.

Although David does incredible work, he has never won or secured a nomination at the Academy Awards.

If you work in a particular field for a long time earning the worth is relatively more straightforward. Dennis Quaid has been active in the acting world for almost five decades. From those years, he has been making $30 million in net worth. His works are equally on TV and also movies which helps him earn a good amount of money.

Talking about earnings, he makes $160k per episode, which is a pretty hefty amount. Not only that, he owns some valuable assets to himself, which signifies he is a pretty good spender. Sadly the information on the house, cars, and mansions are not available to the general people.

You might think that Dennis Quaid is an old generational actor who knows less about social media. However, you are wrong. This is because he has been up to the task with modern-day individuals. Readers can follow Quaid on:

The actor was recently diagnosed with Parkinson’s Disease. It was revealed by himself, and he later raised awareness for the disease through numerous interviews.

No, Dennis Quaid has never been in the military or any of the military ranks. He did play the role of Army General Hawk in the movie GI Joe: The Rise of Cobra, which earned him a lot of praise.

Dennis Quaid has reported a net worth of around $30 million. Most of his wealth is from movies he has produced. He has also earned quite a bit of money from his work as an actor.

Dennis Quaid was 44 years old when he starred in Parent Trap. Parent Trap is a romantic comedy movie and was released in the year 1988. It was directed by Nancy Meyers and produced by Charles Shyer.

Some Interesting Facts About Dennis Quaid