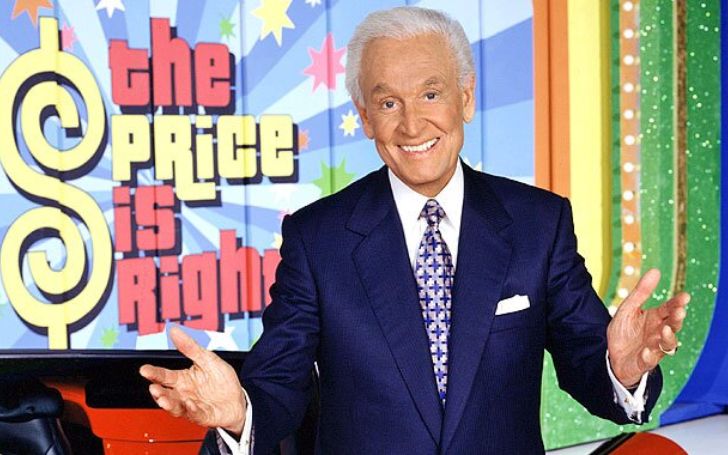 Bob Barker is an American TV show host who has mostly retired from show business. He was one of the most famous Americans and is known for hosting the game show “The Price is Right.”

As per critics, his charisma was the reason viewers used to get hooked on the show. He also hosted a radio show of his own name for a brief time. Barker has won several awards for his performances in various categories.

But Barker’s life has not been without controversies. His name has been involved in various controversies, mostly about lawsuits.

Apart from his controversies and shows, he is also known for his activism for animal rights. He remained vegetarian for most of his later years.

He has donated to several animal rights organizations as well as helped him promote their work and ideas. Let’s learn some quick facts about Bob Barker.

Speaking about his age, Bob Barker is 97 years old as of writing. He was born on the 12th of December in the year 1923. He was not involved in show business in any way during his early years.

Bob Barker has had a long and successful career. He is currently in good health but has had his share of health issues primarily because of his age.

In the year 1999, when he was preparing for a presentation in front of Congress. He reportedly was diagnosed to have a blockage in his left artery. This resulted in minor operations for the removal of the blockage.

Barker also makes sure to get checked for his cancer because of his tanning frequently. In later months of 2015, he was reportedly lying on the sidewalk motionless.

When he was taken to the hospital, he received several stitches for forehead injuries. He also suffered from acute back pain, which resulted in hospitalization.

Bob Barker was born in Washington to Matilda Valandra and Byron John Barker. His mother was a primary school teacher. His father worked in the electrical field as a foreman.

Barker attended Drury University but initially had to leave before his graduation because of military duty. After the completion of his military duty, Barker returned back to his university to complete his education. He graduated with a degree in Economics at the university.

Bob Barker began dating his future wife, Dorothy Jo Gideon, when he was just 15 years old. They met at a concert by Ella Fitzgerald. The couple went on to marry a decade later, in 1945.

Jo witnessed all the ups and downs of Bob’s from being a radio host to one of the biggest tv show hosts. Jo Gideon was also active in the show business as a Jingle Singer for about three decades.

Unfortunately, Jo Diagnose was found out to have lung cancer in the year 1981. The disease caused her death just half a year later.

This incident changed Barker forever, and their 36 years of marriage came to an end. He has not married or been in a public relationship since then.

Bob Barker has had few controversies in his long career. An American model named Dian Parkinson alleged that Bob Barker sexually assaulted her while he was a host in The Price Is Right.

She also accused him of threatening her and firing her from her job. Parkinson did not continue the lawsuit for long because it was hampering her mental health.

Another model named Holly Hallstrom also filed a lawsuit alleging that she was fired for unfair reasons. Bob Barker countersued her for defamation, but Hallstrom didn’t back down. The case was later settled in 2005.

Bob Barker has been an animal rights activist all his life. He has remained a vegetarian since the later year of the 1980s. He would ask his viewers to neuter their pets at the end of every one of his shows.

This was reportedly suggested by his wife, Jo Gideon. Barker established a foundation named DJ&T Foundation, which has been actively working on animal rights issues for a long time now. They also help rescue ill-treated animals from parks and zoos.

As per reports, he frequently refused to go to shows or occasions where he felt the issues of animal rights were ignored.

In one such incident, he asked various companies to shut down their bear exhibits, which took a toll on bears’ health. He has also donated large sums of money to various organizations like PETA to continue their work on Animal Rights.

Bob Barker has an estimated net worth of around $70 million as of writing. He reportedly received a whopping $10 million yearly salary from his last show, The Price is Right.

He also earned quite a bit of money from his roles in various movies he has cameoed in. That is the reason why he has been able to accumulate such huge money in a short span.

Sadly this man is not active on any social media portals. if we find further information about availability in the internet then we will reveal it soon. Till then stay tuned!

Yes, Bob Barker is still alive. The game show host is 97 years old right now. Although he has had his share of health complications, he is currently living a sound and healthy life.

Bob Barker got some skin cancer symptoms in the early 2000s because of too much time in the sun. Since then, he has been careful about going out in the sun and hasn’t had any similar symptoms.

Bob and Jo don’t have any kids. They were married for around 36 years but never felt the need to have any children of their own. Guess they liked others’ companionship.

Bob Barker’s real name is Robert William Barker. He used the pseudonym so that people would be familiar with his name during the start of his show.

Bob Barker was born in a city named Darrington of Washington spent. He spent most of his early years there and even completed his high school in the same city.

Bob Barker’s wife died in 1981 when she was 57 years old. Just half a year before her death, she was diagnosed with cancer which became the cause of her death.