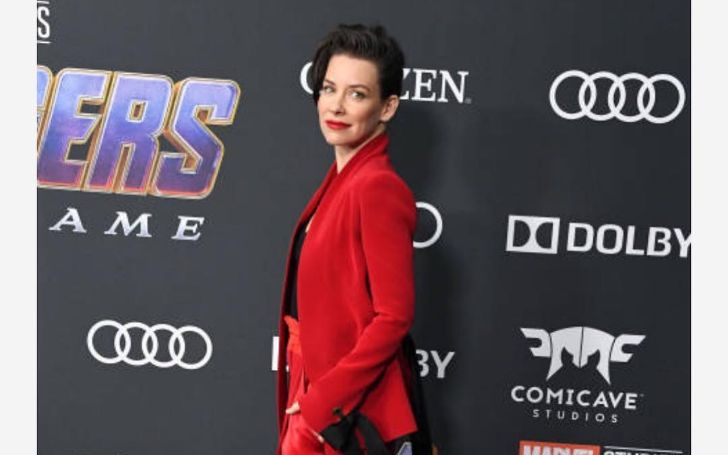 Evangeline Lilly is a Canadian writer and actress active in the film industry for about two decades. Lilly has won several awards for her work in movies and tv-series.

Her work has made her a worldwide star. She was in The Marvel Cinematic Universe playing the role of Marvel superhero Hope van Dyne. Her character appears in several movies in the Marvel Universe.

Her next work in the marvel universe will be in Ant-Man and the Wasp: Quantumania. Apart from working as an actress, she is a published writer. She mostly is active in writing children’s books.

She is a big fan of the Lord of The Rings series. Lilly has said that JRR Tolkien’s books were the reason she fell in love with the art of writing. She can often be seen on her social media suggesting books she has recently read.

Let’s learn some quick facts about her life.

Talking about her age, Evangeline Lilly is 42 years old as of 2021. She was born on the 3rd of August in the year 1979. She has actively been working in the world of cinema since 2002.

Lilly started out in the entertainment industry initially appearing in commercials and other modeling parts. She also later presented Video Game news.

Evangeline Lilly takes special care of her health and physique. She stands at a height of around 5 ft 5 inches. Lilly has smokey green eyes and has naturally blonde hair which often styles in other colors.

Evangeline was born in Alberta, Canada to Pual Lilly. Her father Paul Lilly was a home economics professor while her mother was a production manager.

While in high school, she was a talented soccer player and even went on to become Vice President of the Student Council. After the completion of high school, she went to the University of British Columbia where she studied International Relations.

After college, she was approached by the Ford Modeling Agency for which she did several commercials. She also worked for Gaming Television G4TV for a short period of time.

Evangeline Lilly as an Author

Evangeline Lilly hinted in the early months of the 2010s she will be writing a Children’s book. The announcement was made on The Late Late Show with Craig Ferguson. She went to publish her first book named The Squickerwonkers in the year 2013.

She has said that she wanted to write a book for a long time now. Lilly has said that the book is the first in a two nine-book series. Evangeline Lilly regards children writers like Roald Dahl and Edward Gorey as her inspirations in writing. She is also a big fan of JRR Tolkien and his works.

Evangeline Lilly married British actor Dominic Monaghan in 2004. Monaghan is known for his roles in movies like Hostile Waters and Star Wars: The Rise of Skywalker. The couple ended their marriage with divorce in the year 2007. The reason for this is not currently known.

She started dating Norman Kali in the year 2010. The couple has two children from their relationship, both sons who are 10 and 6 years old.

Speaking about her religion, she was born in a Christian family and was raised in a Christian environment. She is active with many non-profit organizations. Lilly garnered some criticism after she refused to self-quarantine but later apologized for her words.

Evangeline Lilly reportedly has a net worth of around $15 million. She earned a hefty amount of money for her multi films contract with Marvel.

Most of her wealth comes from her work as an actress. She has also earned quite a bit of money from the sale of the books.

Evangeline Lilly is active on social media and often shares pictures of her day-to-day life. She mostly uses social media and her reach to interact with her fans as well as her followers. She is mostly active on Twitter and Instagram.

Yes, Evangeline Lilly is indeed in The Hobbit. She plays the character of Tauriel in the movie. Her character is involved in a love triangle in the movie.

Yes, Evangeline Lilly is still with Norman Kali. Although they aren’t married, they have been in a serious committed relationship for more than ten years now. There have not been any rumors about their separation nor do we hope for that.

Evangeline Lilly actually has two children of her own. Both are from her relationship with Norman Kali. She hasn’t revealed much information about their lives to keep them away from unwanted media attention.

Evangeline Lilly was 25 years old when she started her role in the hit tv-series Lost. She started playing the role of the character named Kate Austen in 2004. She was active in the series between 2004 and 2010.

Evangeline Lilly has said that she was ill while filming for Lost but she is all right now. She was suffering from clinical depression at that point in time.

Some Interesting Facts about Evangeline Lilly: