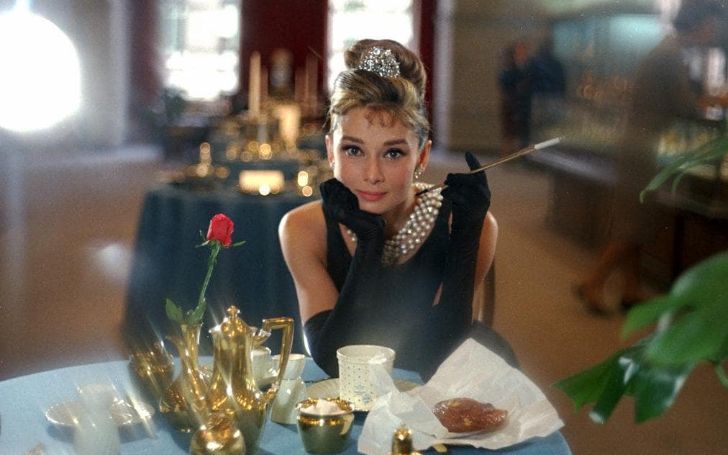 “For beautiful eyes, look for the good in others; for beautiful lips, speak only words of kindness; and for poise, walk with the knowledge that you are never alone”- Audrey Hepburn.

One of the greatest and impeccable actresses in the 1950s and 60s, Audrey was one of a kind and often regarded as a contrast to beautiful Marilyn Monroe. With her slim figure and fawn-like face, it was easy for Hollywood to label her as anti-Marilyn.

Hepburn is one of the rare actresses who epitomized Hollywood chic and had been active as an ambassador of UNICEF for more than 40 years. This timeless icon is hard not to love and can charm anyone with her effortless elegance and radiating beauty.

She is profoundly known for her role in Breakfast at Tiffany’s, Sabrina, Funny face, roman Holiday, My Fair Lady, Charade, Love in the Afternoon, War and Peace, Wait Until Dark, How to Steal a Million, The Nun’s Story, to mention a few.

Did you know that her favorite color is cyan? And was a hopeless introvert. If you did not, then this article is just for you. Here we will be talking about this beauty in brief. Let’s get started with this article with some quick facts;

Who Is Audrey Hepburn?- Real Name, Family, and Siblings

This style icon was born as Audrey Kathleen Ruston in Ixelles, Brussels, Belgium. Her family used to call her Adriaantje. She was born to Baroness Ella van Heemstra who was an aristocrat.

Similarly, her father, Joseph Victor Anthony Ruston, was a former honorary British consul in Dutch East indies for some time. Audrey’s father left her abroad and rarely visited her. For this actress, it was the most traumatic event in her life.

Eventually, she started living off with her mother. Luckily she was blessed to have two half brothers Alex and Ian. In 1937, Hepburn went to live in Kent, England. There she is was known as Little Audrey or Audrey Ruston.

Talking about education, she has been to an independent school located in Elham. Despite all this, Hepburn did not have a pleasant relationship with her father but supported him financially till he died.

When Was Audrey Hepburn Born? How Tall Was She?

This hot and diligent actress was born in the year of 1929. She celebrated her birthday on the 4th day of May and fell under the sun sign of Taurus.

There is no denying that the most distinct feature of this lady was her small waist, doe eyes, and elegant personality. Audrey stood tall at a height of 5 feet 7 inches which covers 170 cm.

In addition to this, Hepburn used to weigh about 119 pounds or 54 kg in general. As for her body, Audrey’s waist used to measure 33 inches o 84 cm, waist about 24 inches or 61 cm, as well as hips about 34 inches or 86 cm. Furthermore, this actress has dark brown hair and a pair of hazel eyes.

How Did Audrey Hepburn Die? How Old Was She?

The world was in shock upon hearing the news of Audrey’s death on January 20, 1993. She died peacefully in her home Tolochenaz, near Lausanne, Switzerland, at the age of 63.

A year before her demise, Audrey had undergone colon cancer surgery in November. In 1992 she returned to her homeland Switzerland, saying that her abdomen was paining. Eventually, she went to Los Angeles for further checkups.

The doctor found that she had colon cancer which had been growing severely in all those years. Later, she underwent chemotherapy and celebrated Christmas with her family.

Robert Wolders said that Audrey was very desperate to return to her family but could not do so because of her treatment. Therefore, the designer of Givenchy, Hubert de Givenchy, provided his jet so that she could be with her loved ones.

It was reported that this legendary actress counted her final days under hospice care at her home. Sources suggest that she had the strength to walk around the garden, but after few days, she was confined in her bedroom and could not walk properly.

On January 20, Hepburn died in her sleep, and all her fans and friends were grieving. Her funeral was held in her hometown after four days. Gregory Peck read her favorite poem titled Unending Love by Rabindranath Tagore.

Who Was The Husband of Audrey Hepburn? Did She Have Kids?

After starting her career, Audrey walked down the aisle with handsome actor Mel Ferrer in 1954. For those who do not know, Mel is also an astonishing actor, a director who has been respected for his theater work.

They were introduced by a mutual friend Gregory Peck. Mel was impressed by Audrey’s work and wanted her to work in Ondine. It was during this time that both of them developed feelings for each other.

Although they were meant to be with one another, they spent 13 years of their life together before calling it off in 1968. Ferrer married his new with until he died in the year of 2008.

Not to mention, they were blessed to have one child together, Sean Hepburn Ferrer, who was born in July 1960. On the other hand, Audrey fell in love with psychiatrist Andrea Dotti.

Although Andrea was not linked anyhow with Hollywood, he still got to know Hepburn on a cruise. They fell in love with each other and tied the knot.

Both of them shared one child named Luca Andrea Dotti on 8 February 1970. Apart from them. Audrey was in a relationship with several other men. At the time of her demise, he had a pleasant relationship with Robert Wolders.

What Was The Net Worth of Audrey Hepburn?

One of the greatest female screen legends. Audrey was featured in lots of movies ad tv shows. During the time of Hepburn’s demise, her net worth was calculated to be $50 million.

As a matter of fact, this amount is equal to having $100 million today. Being a celebrity and the highest-paid actress on the planet, she never hesitated to charity for needy people.

Back in 1950, she volunteered in the UNICEF and was appointed as a Goodwill Ambassador. For her project, she helped people all over the world, including Asia, Africa, and South America.

In addition to this, she was the recipient of the Presidential Medal of Freedom in 1992. Later she was honored with the Jean Hersholt Humanitarian Award from the Academy of Motion Picture Arts and Sciences.

Sadly, Audrey is not active on any social media platforms.