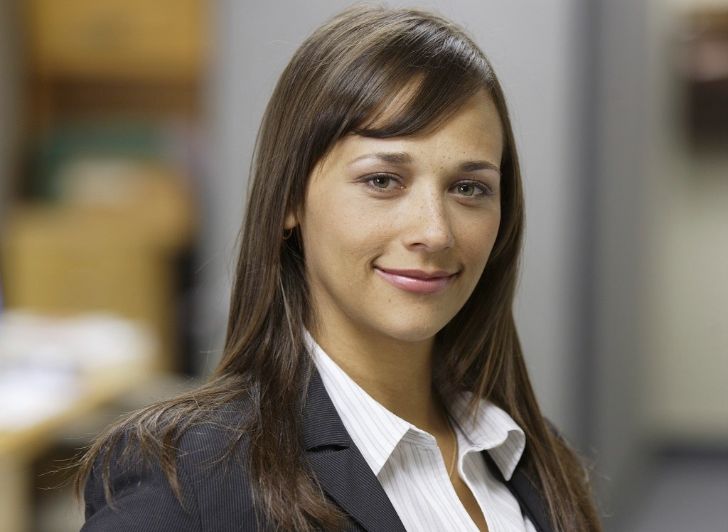 Rashida Jones is an uprising actress, director, and writer who has been ruling the industry since her arrival. As a matter of fact, she is the daughter of famous actress Peggy Lipton and producer Quincy Jones.

Many might anticipate that her fame is because of her famous parents, but that’s not only it. She has been working hard to imprint her name and showcase her talent in the industry.

Until now, she has been part of famous movies such as Tag, Quincy, On the Rocks, I Love You Man, Hot Girls Wanted, The Social Network. Cuban Fury, Our Idiot Brother, Cop Out, The Big Year, The Sound of Silence, Monogamy, Little Black Book, to mention a few

Among all, Rashida is widely known for her role as Ann Perkins on tv show Parks and Recreation, while her work as Karen Filippelli in The Office is commendable. With her work and accolades, Jones has been one of the highest-paid actresses.

In this article, we will let you know about this pretty lady in detail. The discussion will include her age, height, body, career, net worth, and more. Let’s get started with some quick facts;

Who Are Rashida Jones Parents? Who Are Her Siblings?

Similarly, her father is a songwriter, composer, record producer, musician, and whatnot. Coming from a famous parents, it is evident that they somehow helped Jones to uplift her career in the entertainment industry.

Not to mention actress and jazz vocalist Jolie Jones Levine is her older half-sister wheres model, and actress Marta Jones is also her half sister. Other than this, Rashida is delighted to have half-sister Rachel Jones and Kenya Julia Miambi Sarah Jones in her life.

How Old Is Rashida Jones? How Tall Is She?

This hot actress was born in the year of 1976, and in 2021, Rashida is 45 years old. Recently she celebrated her birthday on the 25th day of February.

As a result, she falls under the sun sign of Pisces. To explain further, Jones stands tall at an average height of 5 feet 4 inches or 163 cm. As per sources, she had limited her body weight to 128 pounds, which converts to 58 kg in general.

This young and hard-working actress spent a significant time of her life in Los Angeles. When she was six years old, father Quincy used to read her books with a flashlight. Interestingly, he used to read five books at a time.

Jones revealed that she was a straight-up nerd and used to have a computer with floppy disks and a dial-up modem. Talking about education Jones has been to The Buckley School located in Sherman Oaks, California.

As soon as her high school was over, Rashida enrolled in Harvard University and lived in Eliot House as well as Currier House. In the beginning, she was keen on becoming a lawyer but changed her mind due to the O. J. Simpson murder trial.

Who Is The Boyfriend of Rashida Jones? Is She Married?

Although being one of the sought actresses in the industry, she has not been vocal about her personal life in the media. However, recently it was surfaced that this actress is dating handsome Vampire Weekend singer Ezra Kroenig.

Both of them were linked in 2015 and have been together ever since. Despite the fact that they have been married for more than six years, they have not been planning to get married.

A few years back, there was a rumor that Jones was pregnant with Ezra’s kid. Neither the singer nor the actress confirmed the rumors. However, Rashida has a son Isaiah Jones Koenig who was born in September 2018.

This 45 year old actress has been spotted with her son few times. Once in an interview, she revealed that,

“Marriage doesn’t buy you anything. It just buys you a really big s—-y pageant of a wedding to make other people happy. Things are changing so much. Especially in this country, we have failed with marriage. We’re so protective of this sacred but failed institution.”

Hence it is pretty much clear why this hard-working actress did not walk down the aisle with anyone.

Back in 1997, this hot model was dating brilliant actor Tobey Maguire. They were together for three years before calling it off in 2000. Soon after this, Maguire was cast in The Amazing Spiderman.

A couple of years later, in 2002, she was linked up with DJ Mark Robson. Then, in the year 2003, he proposed to her on the eve of Jones’s 27th birthday in a unique way. He prepared a puzzle which spelled “ Will you marry me?”

Eventually, they got engaged but called it quits after a year. Soon after this, Jones had a brief relationship with Seth Meyers. Moreover, Rashida was reported to be dating The Office co-star John Krasinski.

Both of their love blossomed in the set but broke up in 2006. Furthermore, Rashida had also hooked up with the famous Canadian rapper Drake in 2012.

What Is The Net Worth of Rashida Jones?

This actress, model, author, screenwriter, singer, producer has been involved in several professions in the show business. Therefore it is apparent that Jones makes a hefty amount of money from her career.

At the time of writing, her net worth is reported to be $25 million. This is all thanks to her famous work in the movies ad tv shows such as The Office and Parks and Recreation.

Currently, Ezra and Rashida are living in a ranch-style house in Ojai, California. Their house extends up to 40 acres and costs around $3.2 million in the market.

As for sources, it was revealed that their lavish mansion consists of five bathrooms and four-bedroom bedrooms. Apart from this, Jones has been active in philanthropic work.