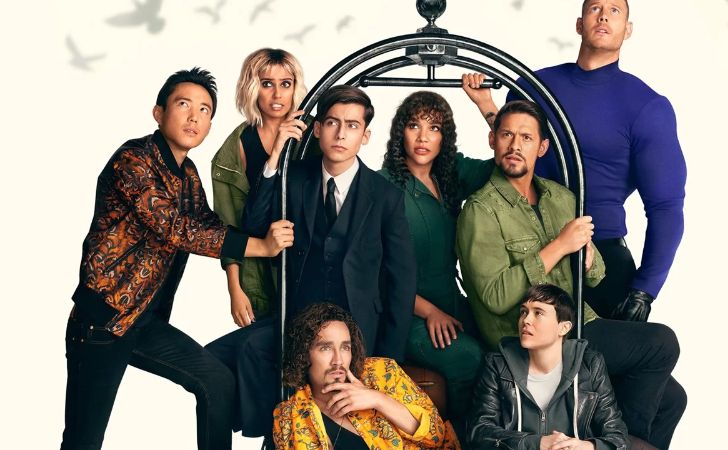 On 15th February 2019, Netflix released the first season. Later, the series became a highly viewed TV series by April 2019. Similarly, on 31st July 2020, the second season was released on Netflix. In November 2020, the series got renewal for a third season.

Recap of the Previous Seasons

The TV series starts with 43 women going into labor despite any signs of pregnancy. Those women gave birth to babies synchronously on 1st October 1989. Amongst 43 children, Sir Reginald Hargreeves adopts seven babies. He turns the group of babies into a group of superhero team afterward and names it The Umbrella Academy.

Season 1 is set in the present, where the lifestyle of all siblings is showcased. The separated siblings gather together after acquiring information about Reginald’s death. Undoubtedly, the siblings find out about the secrets and dysfunctional behavioral patterns of Reginald Hargreeves.

In the same way, in season 2, the siblings live in different times in the early 1960’s era. Initially, number five travels to those time zones and alerts his siblings about the apocalypse.

From the trailer, it can be depicted that the Hargreeves siblings traveled in the alternate timeline. The umbrella academy will change into a sparrow academy where they will find rivals in their own home.

The dead sibling, Ben, appeared to surprise, which left the Hargreeves siblings and the fans in shock.

Casts and Characters: Who are in The Umbrella Academy Season 3?

Elliot Page is a Canadian actor and producer. Page to the surprise of many came out as a transgender person in 2020. The euphoric actor debuted in a television series at the age of ten. Page earned applause and recognition for his roles in Inception, The Tracey Fragments, Whip It, Tallulah, and Super.

The actor married Canadian dancer and choreographer Emma Portner in 2018. However, they quit their relationship as better half after three years of marriage. At present, the net worth of Eliot Page is $8 million.

Page previously played the role of Vanya, a.k.a. Victor, who is number 7 in this series. The phenomenal actor portrayed the character of a violinist who is gentle and shy. In season 3, Vanya Hargreeves comes out as transgender and changes his name to Victor Hargreeves. Thus, Victor has a remarkable ability to convert sound waves into physical force.

Aidan Gallagher is a young American actor. Firstly, Gallagher got a small role in the television series Modern Family. The young artist also appeared in the short film You & Me. Then, he was nominated for Favourite male TV star in the Nickelodeon Kids’ Choice Awards for his central role in Nicky, Ricky, Dicky & Dawn.

The talented and young actor is particularly active in environmental issues. UN Environment nominated Gallagher as a goodwill ambassador at a very young age. Gallagher has a net worth of $2 million.

Likewise, Gallagher is characterizing the role of number five in The Umbrella Academy. This character role brought an upgrade in his life and career.

Robert Sheehan had an interest in acting from a very early age. Sheehan is an Irish actor who got his first role in the drama film Song For a Raggy Boy. Additionally, the characters of Sheehan in Misfits, Love/Hate, Mortal Engines, and The Mortal Instruments: City of Bones are the most appreciable.

The actor portrays the role of a drug addict with a superpower to communicate with the dead. Indeed, Sheehan’s role as Klaus Hargreeves is one of the audience’s favorites. Currently, Sheehan’s net worth is $2 million.

Tom Hopper is a British actor. Hopper started his career with the stage performance As You Like It. Eventually, the actor performed his significant roles in Saxon, Merlin, Black Sails, Games of Thrones, Terminator: Dark Fate, and Northmen: A Viking Saga.

The hardworking actor has a net worth of $5 million. Similarly, Hopper plays the role of half-ape Luther Hargreeves in this series. Luther has had extraordinary strength since his birth.

Emmy Raver-Lampman begins her career working in the musical theatre. Raver-Lampman is an American actress and singer. The dazzling actress appeared in Blacklight, Hamilton, Stucco, and Blindspotting.

Raver-Lampman and Daveed Diggs have been in a relationship since 2015. Both the couples came close to each other on the set of Hamilton.

Netflix is set to release the forthcoming season of the most awaited series, The Umbrella Academy Season 3, on 22nd June 2022. Like the previous seasons, this season also has ten episodes.

What are Fans Expecting from This Season?

The past two seasons of this series are binge-worthy. The trailer itself of this series is full of dark humor, fiction, and action. Fans can watch this season with higher expectations because they can see Vanya changing into Victor and Ben coming alive back from death.

Thus, fans are inquisitive and excited to know the turn of events of this season.