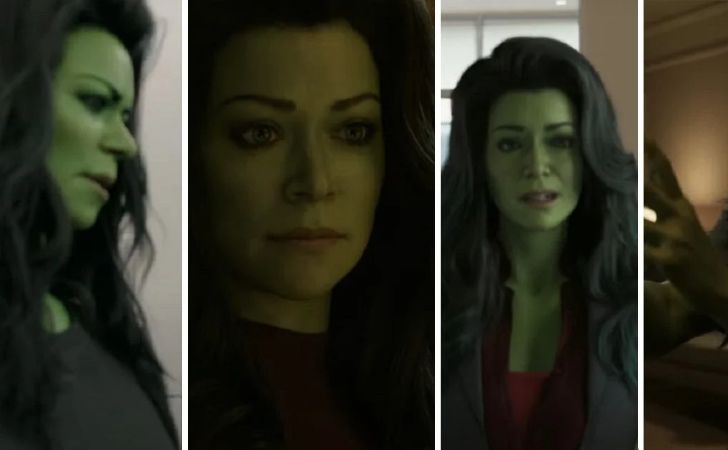 She-Hulk: Attorney at Law is oncoming an American sci-fi and superhero legal drama series. Stan Lee, along with John Buscema, created a fictional marvel character, She-Hulk, in February 1980. Hence, the series is based on the same character from Marvel Comics.

In August 2019, She-Hulk was announced to the public. Filming began only after April 2021.

Tatiana Gabriele Maslany known as Tatiana Maslany is a Canadian actress. Maslany has Austrian, German, Polish, Romanian, and Ukrainian ancestors. The actress appeared in the public eye after her act in Orphan Black.

Some notable films and TV shows of Maslany are The vows, Destroyer, Women in Gold, and Perry Mason. Likewise, Maslany will portray She-Hulk’s role in this Marvel Cinematic Universe series (MCU).

Jameela Alia Jamil is a British actress. Jamil is also an activist and TV host. The actress’s father and mother are of Indian and Pakistani-British descent. Alia Jamil started her career by hosting on the T4 channel.

Likewise, the actress worked as a model agent and as an event DJ before becoming an actress. Jamil has several health conditions. She has a hearing deficit. Jamil also suffered from anorexia nervosa, a coeliac disease with depression, anxiety, and OCD.

The actress has been in a relationship with James Blake since 2015. Furthermore, Jamil will portray the role of Tatiana in the upcoming series. Tatiana will be the enemy of She-Hulk.

Mark Alan Ruffalo is an American actor. He started his career with a minor role in 1989. Ruffalo gained admiration from This is Our Youth, and You Can Count on Me. His appearance as Hulk in MCU films brought him to the limelight.

In 2000, the actor married Sunrise Coigney. They have three children. Ruffalo has a net worth of $35 million.

Thus, he will return as Smart Hulk, who is the cousin of She-Hulk.

Other Additional Casts of She-Hulk

Furthermore, Ginger Gonzaga will portray the character of a best friend of She-Hulk. Gonzaga’s name is Nikki for this show. Renee Elise Goldsberry plays the role of Amelia. We can also get a glimpse of Abomination. Hence, Tom Roth portrays Abomination.

The trailer of the She-Hulk was released on 18th May 2022. Jennifer Walters is the protagonist in the drama. Walters is a lawyer.

According to comic books, Walters gets injured in a car accident. Consequently, she gets a blood transfusion from her cousin’s brother. The cousin’s brother is Bruce Banner, A.k.a. Smart Hulk. Ultimately, she ends up getting the superpowers like the Hulk.

Nevertheless, the trailer shows a car crashing towards steep terrain. We can also get a sight of Walters turning into hulk mode. The She-Hulk is smashing things, fighting in the court, hulk-jumping, and carrying her date.

Similarly, Walters is prone to anger and fear. From my guessing, she transforms into She-Hulk in a public place. The media discovers her truth and terrorizes her apartment in search of She-Hulk.

This television series is considered the eighth television series of MCU. She-Hulk: Attorney at Law is premiering on 17th August 2022. The show comprises nine episodes. Additionally, Disney plus will handle the distribution of the series. Hence, it is a part of Phase Four of MCU.

What to Expect from this series?

As Phase Four of the MCU started, MCU introduced new characters with new stories. Recently, they introduced Moon Knight and Ms. Marvel. Both of the series are worth watching. Critics have loved both series.

Marvel has always delivered the viewers with surprises. So, the bars of expectation from this series are also high. She-Hulk is a comedy legal drama series. She-Hulk is a character who has strength with intelligence. Unlike Hulk, She-Hulk can control her transformation according to need. Therefore, viewers expect to see an equal version of the Hulk in this series.

Since the trailer of the series dropped, fans have been disappointed about its CGI. The internet made memes and jokes referring She-Hulk’s looks to Princess Fiona and Shrek. Likewise, the build of She-Hulk is supposed to be muscular. Marvel made the actress look feminine with 6 feet of height. However, Hulk’s body was no different in the series compared to the movie. She-Hulk’s body looked petite and bad.