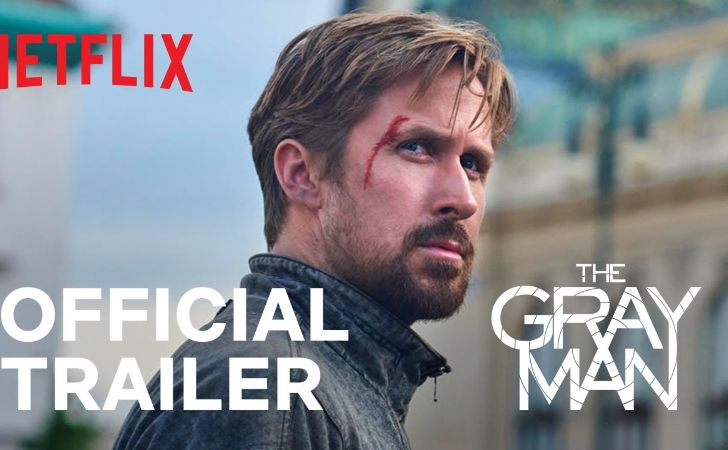 The Gray Man is an upcoming action thriller movie. Anthony Russo and Joe Russo directed the film. The Russo brothers have directed four of the best MCU movies. One of the movies, Avengers: Endgame, became one of the highest-grossing movies of all time. The movie is depicted on a novel by Mark Greaney, The Gray Man.

Likewise, this movie is produced by the company of the Russo brothers, AGBO. Christopher Marcus, Stephen McFeely, and Joe Russo supervised the film’s screenplay.

Ryan Thomas Gosling is a talented actor. Being born and raised in Canada, Gosling started his career at the age of 13. He appeared in different television series at a young age. Gosling gained wider recognition after his role as Noah in a romantic drama movie, The Notebook.

Similarly, Gosling’s most loved movie roles are Blade Runner 2049, La La Land, Blue Valentine, The Place Beyond the Pines, and Crazy, Stupid, Love. The actor is also a musician, restaurant co-owner, and advocate.

Ryan Gosling and Eva Mendes, an American actress, model, and designer, have been in a relationship since 2011. They have two beautiful daughters. Furthermore, the actor has a net worth of $70 million.

Thus, the charismatic actor will play the character of Court Gentry, a Sierra Six in the CIA.

Christopher Robert Evans is an actor who has an interest in Eastern philosophy. The American actor’s first appearance was in a short educational video named Biodiversity: Wild About Life.

Furthermore, he officially initiated his career with a TV show, Opposite Sex. Evans turned down the role of Captain America twice. Eventually, the exact role helped him in gaining a name and fame.

You may also like: Only Murders in the Building Season 2 Trailer, Casts, Fans Expectation >>

Currently, the actor is enjoying his single life as an internet boyfriend. Evans has a net worth of $80 million.

However, Captain America will now act as a villain, Lloyd Hansen. Hansen is a former colleague of Sierra Six who is in pursuit of killing Sierra Six.

Armas portrayed the role of holographic AI in a neo-noir sci-fi movie, Blade Runner 2049. Thus, that role was a breakthrough in de Armas’s career.

Moreover, de Armas starred as a Bond girl in No Time to Die. Recently, she played in Deep Water beside Ben Affleck.

Hence, we can see Ana de Armas and Ryan Gosling again in this movie. The stunning actress is starring Agent Dani Miranda.

Who else is in this movie?

Additionally, the Indian actor Dhanush is starring in this movie. South Asian fans are already on top of seeing this movie. Game of Thrones actress Jessica Henwick also portrays a role in the film. Similarly, child actress Julia Butters is acting as Claire Fitzroy.

From the trailer, it is evident that Gentry is hunted by the former CIA officer, Hansen. The highly skilled Sixth Sierra of the CIA discovers the agency’s dark secrets. Therefore, the hunt for his head begins. Hansen and the other assassins are constantly clashing with Gentry.

The trailer only is also the most pleasing thing to watch. The actors and their dedication to their roles are apparent. Similarly, the action sequences are great too. Spectators are thrilled to watch reuniting of Ana de Armas and Ryan Gosling.

Dhanush’s inclusivity in the movie is so soothing. Likewise, Captain America has come out of his shed and performed a different character. Overall the trailer of the film looks promising.

The Gray Man is set to release theatrically on 15th July 2022 in the US. Similarly, it is releasing on 22nd July 2022 globally. Netflix will distribute the movie online to the audiences. This movie is one of Netflix’s highest-budgeting films. The production budget is $200 million for this film.

The movie is going to be a blockbuster. From directors to actors, every members and cast involved in this movie are one of the highly praised. The Russo brothers, directors of four MCU blockbusters, are no strangers to directing movies full of actions.

Furthermore, the central castings are the Hollywood stars Ryan Gosling and Chris Evans, along with Bond girl Ana de Armas. So, this movie is anticipated to be a movie filled with adventure. Audiences expect thrill with influential acts from the actors.

What’s next for The Gray Man?

According to sources, Netflix has started developing a sequel for this movie. The book comprises six series. Of course, there are enough facts to adapt in the upcoming prequel and sequel.

Thus, the production team expects to build The Gray Man into a franchise.