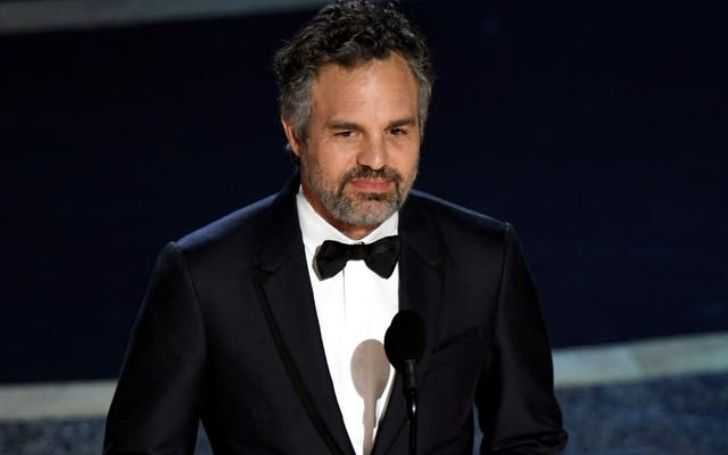 Mark Ruffalo is an American actor who made his way all through film producer and director. Surprisingly, some celebrities are busy doing just one profession, and Mark deals with three.

His determination and passion for acting have inspired him to put his hand in more than one profession. There is no denying that he has made an impact in three of the work simultaneously.

As an actor, he has made his name in This Is Our Youth, Hulk, You Cn Count On Me, Just Like Heaven, Zodiac, Shutter Island, Shang Chi, and The Legend of the Ten Rings, to mention some.

Not to mention Mark rose to prominence by portraying the role of Bruce Banner in the famous Marvel superhero movie Hulk. Along with that, he has also contributed to Avengers: Age of Ultron, Avengers: Infinity, Captain Marvel, Avengers: Endgame, and others.

Today we will be talking about this marvelous actor in detail. The discussion will discuss Marks’ upcoming movies, age, relationships, and other fancy things. Why do not we get started with some quick facts about Mark;

Who Is Mark Ruffalo? Where Was He Born?

Mark Alan Ruffalo was raised in Kenosha, Wisconsin. His mother was a stylist and hairdresser, Marie Rose, while his father, Frank Lawrence Ruffalo Jr., was a construction painter.

His family comprises two other sisters Tania and Nicole. Unfortunately, this actor lost his brother Scott in 2008. Talking about education, he has been to some progressive and Catholic schools.

During Mark’s childhood, he was diagnosed with dyslexia and ADHD. Later on, he spent his days in Virginia Beach, Virginia. When he was a kid, Ruffalo was keen on playing wresting and USD to participate in it.

Moving on, Mark graduated from the First Colonial High School. There he did some acting for Patriot Playhouse and honed his skill in the Stella Adler Conservatory.

At that time, he used to direct several plays and was earning money as a bartender.

What Happened to Mark Ruffalo’s brother?

Mark’s brother Scott Ruffalo was a married man who paid his bills by working as a hairdresser. Unfortunately, on December 1, 2008, he was shot with a bullet in the heat at Beverly Hills and rushed to the hospital.

After being in the hospital for a weak, he lost his life at the tender age of 39. Police were in dilemma whether it was a murder or an act of suicide.

However, an eyewitness named Shaha Minshall Adham and his girlfriend Brian B. Scofield claimed that Scott fired the gun himself when they were playing the Russian Roulette.

Further investigation revealed that Scott was having some amount of morphine, cocaine, alcohol, and drugs in his system. Despite all this, he was not under the influence of any foreign entities.

In addition to this, both eyewitnesses were taken to investigate the suspect of murder further. However, they were released instantly. Later Scott’s death was declared to be the suicide caused by Russian Roulette.

How Old Is Mark Ruffalo?- Age, Height and More

Not to mention Ruffalo stands tall at a height of 5 feet 8 inches or 173 cm. Even more, this man weighs about 72 kg which converts to 159 pounds.

The most distinctive feature of Mark is his curly black hair which is slowly turning gray due to his old age. Added to that, he has a dark brown glistening eye.

This man is very serious when it comes to appearance. For starters, Mark was not allowed to have meat, sugar, caffeine, sex, wine, and even love or fun. It was literally jail for him.

Furthermore, he had a 21-day diet plan and would eat only one meal a day and two shakes. Although it was tough for him, Ruffalo did everything in his position to maintain his physique.

Who Is The Wife of Mark Ruffalo? Is He Married? How Did They Meet?

There is no denying that Mark is a very private person. Although he has a massive following, Mark likes to keep his personal life away from the media. But it was tough for this actor to hide the love of his life much longer.

Mark fell in love with the beautiful actress Sunrise Coigney, and there was no looking back. She is famous fr her role in In The cute, Campfire Stories, Line of Fire, to mention a few.

This love-Dovey couple met for the first time in 1988 when they were walking on the streets. During that time, Mark lived in a dump and did not possess any credit card or driver’s license.

Upon seeing this, Sunrise thought that he was a mess but always encouraged him. It is hard for Ruffalo to imagine his life without her.

Soon after meeting each other, they started going out. At that moment, mike got to know that one of Mike’s friends was also interested in her.

Eventually, they started dating and even bought a house in the Callicoon. Surprisingly this actor proposed to this actress but she denied the proposal.

However, Ruffalo was not the one to give up and asked her again. Fortunately, she said yes, and they walked down the aisle in June 2000.

Until now, this couple has been happy to share three wonderful children. Their first kid, Keen, was born in the year 2001. Four years later, this couple welcomed their second child Bella Noche in 2005.

The family of five got completed when daughter Odette was born in 2007. Despite being together for almost 21 years, their love is growing more and more for each other.

What Is The Net Worth of Mark Ruffalo?

This actor, director, producer, and profound screenwriter spend significant time honing his skill. Throughout the time, he has been part of some of the extravagant movies and shows.

Hence it is obvious that Mark earns a hefty amount from it. In 2021 Ruffalo has a total net worth of $35 million. Talking about his investment, Mark bought a Hollywood Hills home in 2004 for $1.65 million.

Later, Mark sold the same property for $1.65 million to Zoey Deschanel with no profit at all. Moreover, Mark sold his 19th-century townhouse in 2017 for $3.125 million.

In the year 2018. there was a rumor that Mark was purchasing a hose in the Upper West Side townhouse along with his wife for $10 million. However, the stories were not confirmed by this duo. They also own a mansion in the Catskill Mountains.