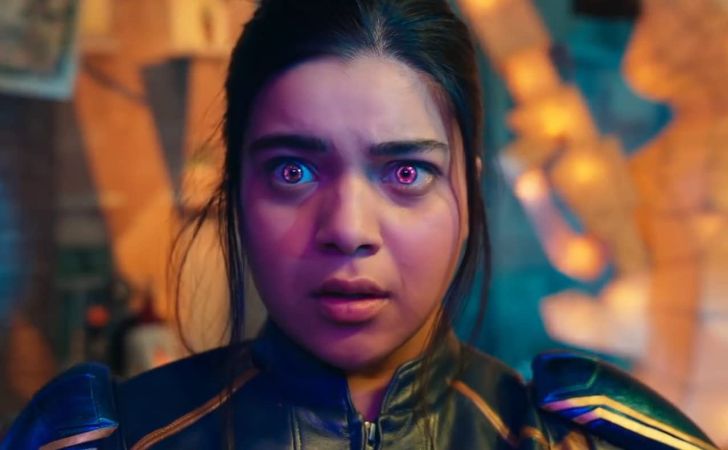 Ms. Marvel is an upcoming television series that will be available on Disney+. It is intended to be the seventh television series in Marvel Studios’ Marvel Cinematic Universe (MCU), sharing continuity with the franchise’s films.

We get to see Adil El Arbi’s and Bilall Fallah’s magic. It is set to premiere on June 8, 2022, and will consist of six episodes. The premiering of final part takes place on July 13, 2022. The inclusion of various episodes will be available.  MCU Phase Four. The series will serve as a necessary starting material for the film The Marvels (2023).

Kamala Khan, an Avengers fan girl, to fit in with society, her friends, and her family until she gains her own powers.

According to the comics, Kamala is a Pakistani-American high school student from Jersey City. She is a budding artist and gamer who also writes superhero fan fiction about characters like Captain Marvel. Khan gains the ability to channel cosmic energy and construct objects using a magical bangle.

Iman Vellani plays the character of Ms. Marvel. Iman Vellani is a Pakistani-Canadian actress. She was born to Muslim parents in Pakistan. Vellani was a year old when her family relocated to Canada.

Vellani was cast as the Marvel Cinematic Universe superhero Kamala Khan in September 2020. She will appear in the upcoming 2022 series as well as the upcoming 2023 film The Marvels.

What can we expect from Ms. Marvel ?

This magnificent show is definitely worth watching, to put it simply. It will be as entertaining and visually impressive as previous MCU series and films.

According to the comics, the original character is also the best. Iman Vellani is fantastic in the teaser. We can anticipate a fun action six-episode series introducing us to new superheroes. It will also lay the groundwork for the upcoming and highly anticipated film The Marvel movie.

There’s also something magical about Kamala’s comic book abilities. She used to be able to shape shift into anyone. But later the character decides to end that ability because that was not who Kamala is to be.

Instead, she is shrinking, stretching, and enlarging. Fans are not happy with the decision to change her powers from the comic. But we can’t blame the production team for making something that was probably easier to animate, especially given the comparatively low budget of a TV series.

After all, if the bracelet is of alien origin. These current powers and abilities explain how she’ll appear in Captain Marvel 2, though I was hoping for her to be inhuman in order to ease them into the MCU. But, hey, everything else has worked out so far, so this one shouldn’t be too difficult.

Aside from that, I wish the best for this series; Kamala Khan is an amazing character who deserves love from everyone.

No, this is not a movie rather it is TV series consisting of six episodes.