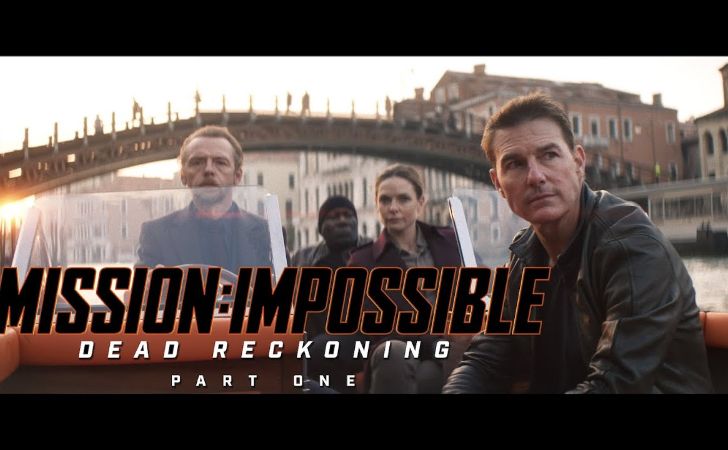 Mission: Impossible is an action, adventure, and thriller film series. The first movie was released in 1996. This movie series is based on a television series written, produced, and directed by Bruce Geller. It was first aired in 1973 on the CBS television network. Likewise, Mission: Impossible film series has received positive reviews from film critics. Mission Impossible Dead Reckoning Part 1 might just break the box office into halves.

Chris McQuarrie made his debut as a director of the crime thriller movie The Way of the Gun.

Thomas Cruise Mapother IV is popular with the stage name Tom Cruise. The actor’s nickname is TC. Tom Cruise is a prominent American actor and producer. His career started in the early 1980s. Not to the surprise of many, he is the highest-earning actor.

The handsome actor has acted in all Mission: Impossible film series as a protagonist. Tom Cruise is primarily active in action and thriller movies. Cruise is famous as an action star. Thus, TC carries out all stunts of the movies himself.

This handsome hunk has portrayed the role of Ethan Hunt in all Mission: Impossible film series.

Hayley Elizabeth Atwell made her debut from Prometheus Bound at London’s Sound Theatre. The British and American actress has worked in numerous marvel movies.

Atwell is popular for her outstanding performances in her roles. The artist has worked on several TV series. Atwell is a multi-talented actress who is also a voice actress. Atwell has performed voice acting in Peter Rabbit 2: The Runway, What If…?, Avengers Assemble, 3Below: Tales of Arcadia, Captain America: Super Soldier, Lego Marvel’s Avengers, and Tomb Raider.

Hayley Atwell was born in London, England, to her English mother and an American father.

The stunning actress will be portraying the role of Grace in Mission: Impossible- Dead Reckoning in both part one and part two.

Henry Czerny is a Canadian film actor. Likewise, Czerny is in tying nuptials to Claudine Cassidy and they have one son, Cameron Czerny.

The performer is more popular for his role in the movies; The Exorcism of Emily Rose, Mission: Impossible, and Ready or Not.

In the upcoming Mission: Impossible franchise, Czerny will be returning as Eugene Kittridge.

Ferguson is widely popular for her characters in Mission: Impossible film series, Dune, The Greatest Showman, and Men in Black: International.

From the trailer, it is predictable that this series of movies will also be a hit. The trailer is full of action, thrill, and adventure. Reviewing the trailer, it is seen that the shooting and production of the film were done in different geographic locations. Viewers can glimpse desert, urban areas, sea, and ocean. There are helicopter stunts and car stunts in this movie.

Release Date: When and Where?

What to Expect from the Movie?

Every Mission: Impossible film series is about Tom Cruise and his stunts. Fans have expected this movie to have stunts, action, and one dangerous escape. Old casts of the film is also part of it with new faces.

While filming this movie in 2019, the Swiss Government did not approve the production team to use any explosives in the Alps. Later, the production team got authorization to blow up a historical monument in the Pilchowice village of Poland. Locals were enraged by that decision to blow up the bridge, which carried historical value. Thus, culture minister Pawel Lewandowski argued that the bridge lacked historical value.