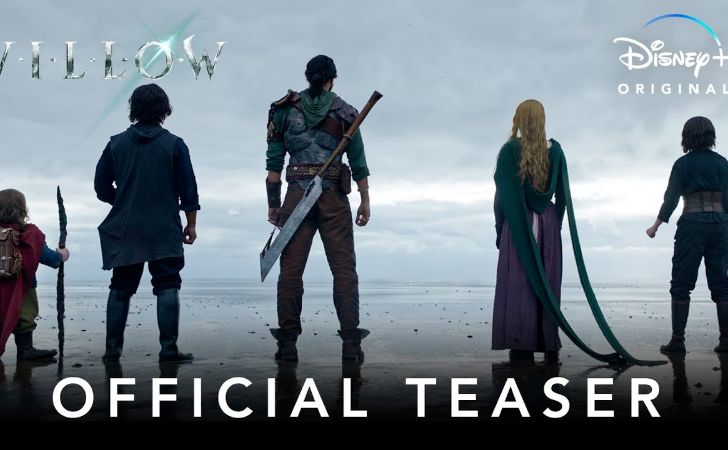 Willow is a new TV show based on the action, fantasy, and adventure genres. This TV series will be a sequel to the movie with the same name premiering in 1988. Willow is set to release on 30th November 2022.

From the teaser of Willow, it can be seen that there are several creatures or characters in the series where we will be able to explore the world of fantasy more.

The TV show is based on the sequel to the movie from 1988. So, the series has a blend of both old and new actors and actresses in the series.

Warwick Davis, who portrayed the role of Willow Ufgood in the movie 1988, will also be present in the TV show returning with the same character. Davis is a 52-year-old British actor, filmmaker, comedian, TV presenter, and whatnot. The phenomenal actor also played several other roles in the movies, such as; Griphook in Harry Potter Film Series, Lerapcaun in the Lerepchaun Film Series, and other notable characters in Star Wars Film Series.

Erin Kellyman is a prominent British actress who will be playing the role of Jade in the Willow TV Series. Kellyman is mainly popular for her work in Les Miserables and her role in The Falcon and The Winter Soldier.

Eleanor Elizabeth Bamber started her acting career at an early age. Bamber became one of the youngest members of the London Players Theatre. This American actress will be playing the role of Dove in the TV show. Furthermore, the sparkling personality was previously available in Les Miserables alongside Erin Kellyman. Added to that in the dramatic thriller movie Nocturnal Animals alongside Amy Adams and Jake Gyllenhaal.

Ruby Cruz will be seen in the new TV series Willow portraying the role of Kit. Cruz has previously worked in Mare of Easttown, Blue Bloods, and Castle Rock.

Amar Chadha Patel is an Indian-based actor and director who has previously worked in The Third Day, Aladdin, and Doom: Annihilation. Patel is available as Lord Yokota in the Amazon TV series The Wheel of Time. Furthermore, he is present as Boorman in the TV series.

Dempsey Bryk and Tony Revolori’s characters are still under the radar. Bryk is an actor, writer, director, producer, and stuntman. He is prominent for his repetitive roles on Heartland and The Birch. Tony Revolori has worked in Spiderman Film Series, The Grand Budapest Hotel, The French Dispatch, and many other movies and TV shows.

Findings from the Trailer

Admiring the trailer, it can be observed that the old characters or cast will not be returning to the TV series. Many fans are not happy for not seeing the casting of Val Kilmer as Madmartigan.

Its film production started in June 2021 in Wales, and the other production location was Pendine Sands. Watching the trailer, it can be assumed that Willow is supposed to protect a child who is bound to be an empress.

Furthermore, product companies like Lucasfilm Television, Imagine Entertainment, and MGM television involvement is exciting. Likewise, they have used quality in the film production compared to the 1988 Willow movie.

It can be a good experience for the old Willow fans to see this TV show with better quality and better sound effects. It will also help the new viewers to understand more about this Fantasy TV series.

Release Date: When and where?

What to Expect from Willow?

There is great competition in fantasy TV series or movies. Many viewers expect Willow to be the top contender for The witcher and Games of Thrones. The fans have expected Willow to have a new storyline.

The movie created a different hype in 1988. Similarly, it inspired other fantasy tv-series and films to grow and level up in the film industry.

Many directors were replaced or dropped out at Willow’s direction. Besides, it is popular that Lucasfilm has a history of directors dropping out. Not only dropping but being replaced in the middle of the production under suspicious situations.

After Jon, Jonathan Entwistle filled the vacant director’s position. Entwistle is famous for his direction at The End of F***ing World. Again, this director decided to drop out from directing this series.