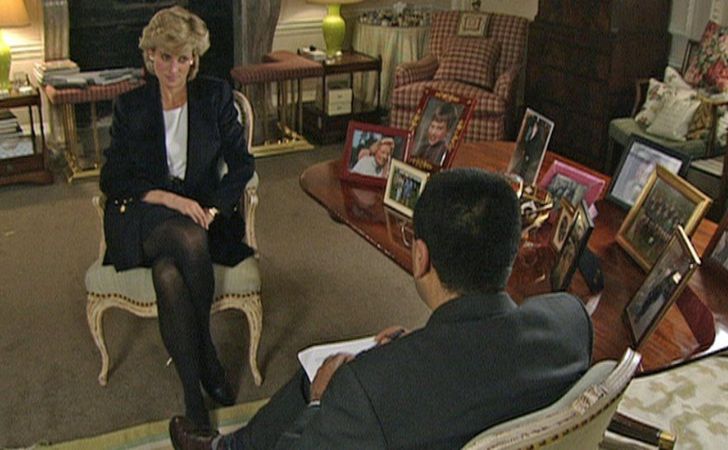 Prince William accused the BBC and the journalist, Martin Bashir fraud, on Thursday of failing his mother, Princess Diana, and damaging her relationship with Prince Charles, following an investigation that showed a journalist for the network deceptively acquired an interview with her in 1995.

This was the interview in which Princess Diana made public and open statements about her failing marriage for the first time. It was viewed by millions of people worldwide. Added to that it left no stone unturned in its attempt to shake the British monarchy.

Princess Diana famously declared in the interview, which aired on the BBC’s flagship Panorama program, “there were three of us in this marriage,” referring to Prince Charles and his extramarital affair with his long-time mistress, now wife, Camilla Parker-Bowles.

The late Princess of Wales also revealed some alarming details about her difficult pregnancy, postpartum depression, and feelings of isolation.

This fiasco started in November 2020 when Diana’s brother Charles Spencer lodged an accusation against journalist Martin Bashir. He duped Spencer into introducing the princess to him for the interview.

This claim prompted the BBC to launch an investigation into the journalist, overseen by former senior judge John Dyson. According to Dyson’s article, Bashir, a lesser-known reporter at the time, had shown Spencer false bank accounts. Not only that he implied that security forces were bugging Diana and that two top secret agents were being paid to disclose information about her.

Bashir also allegedly instructed a BBC graphic designer to create false bank paperwork that instilled the idea that people close to Princess Diana’s family were being paid to reveal information about her and sell articles to journalists.

The charges against Bashir did not stop there; Prince Harry and Prince William accused him of his part in the terrible death of their mother, Princess Diana. They believe her life was irreversibly harmed by the scandalous interview she gave in 1995. Furthermore, the interview was acquired via a scheme of forgeries and deception.

Where is Bashir currently?

Martin Bashir fraud is one of the most talked-about topics in the town. Bashir was unknown at the time of the interview in 1995. Later went on to have a high-profile career on television networks. In that explosive interviews, she disclosed so many previously unheard aspects of her life and how sad her life was.

Just last week, Bashir revealed that he quit his present position as the BBC’s religious affairs editor due to bad health. He has been ill as a result of COVID-19 problems.

However, Martin’s worsening health announcement came only hours before Dyson’s report was to be delivered to BBC executives.

After the report’s publication, Bashir apologized but stated that he did not believe Diana was forced to interview. He was it was fabricated allegations, according to PA Media.

A previous BBC investigation had vindicated the journalist of wrongdoing, but Dyson described the internal investigation as “flawed and horribly incompetent.”

How did this debacle impact Diana and the Royals?

The contentious interview aired in 1995. After a year, in 1996, the royal couple, Princess Diana and Prince Charles chose to end their marriage.  Although they had separated in 1992 the end came four years later.

In his video, William’s younger brother Harry stated that the investigation report was “the first step towards justice and truth,”.  But that the misleading tactics revealed were still prevalent today and had contributed to his mother’s death.