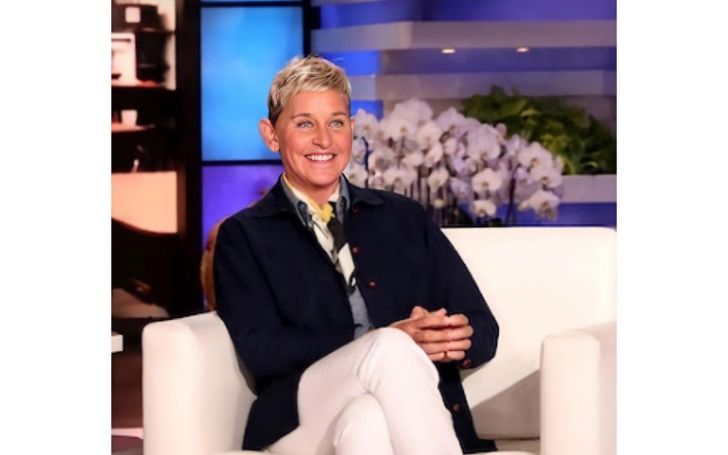 The fans of Ellen DeGeneres are going to get emotional as Ellen is about to leave the show. She states that it is not challenging anymore. Ellen DeGeneres Show won’t be the same without her presence.

Ellen DeGeneres speaks out about her choice to discontinue her talk show after the next season 19 of her show.

“The past 18 years, you have to know, has changed my life,” DeGeneres said in Thursday’s monologue, released online late Wednesday.

“You all have changed my life and I am forever grateful to all of you for watching, for laughing, for dancing … sometimes crying. This show has been the greatest experience of my life, and I owe it all to you. Thank you. Thank you.”

DeGeneres, who debuted her program in September 2003, said she knew she’d be leaving after the 2022 season when she signed in 2019 a three-year contract extension.

In 2003  Ellen DeGeneres Show was premiered and had been a rating hit since.

However, during the last year, the anchor and her staff have faced rising criticism for reports of a hostile environment and plummeting viewership.

“Nineteen is a great number. First of all, the 19th amendment gave women the right to vote. This may be controversial, but I believe women should be able to vote. I said it. I said it. Also, on the periodic table, 19 is the atomic number for potassium,” Ellen told her virtual audience.

Who will Replace Ellen DeGeneres on Talk Show?

Sources revealed that Tiffany Haddish Is on the top of the list to Replace Ellen DeGeneres.

Rumor on Hollywood is that Tiffany Haddish will replace Ellen in the show The Ellen DeGeneres Show. Though it is a rumor, no one can deny her charm in the show multiple times. She has a good relationship with Ellen and has appeared and hosted the show numerous times in the shoe of Ellen. There is also a rumor that causes of her busy schedule and many projects, she will not be part of the show.

Tiffany Haddish has weighed in on speculations that she is being evaluated as a possible replacement for Ellen DeGeneres after Ellen leaves the show next year.

During her interview with the breakfast club, “said, “I haven’t commented on it because ain’t nobody that gives those jobs talked to me about it. The reason I’ve even been popping up guest-hosting Ellen is because she wanted some days off. You know, she’s been doing it a long time. She wants to enjoy her money. She’s like, ‘Tiff, you want to try it?’ I’m like, ‘You know what? Yeah, sure. Y’all going to pay me a little something, something?’ I’ll learn a new skill; I’m here for it.”

Her upbeat demeanor suggests that she may be the show’s future host. Though nothing is sure it will be interesting to see who will take the place of Ellen.