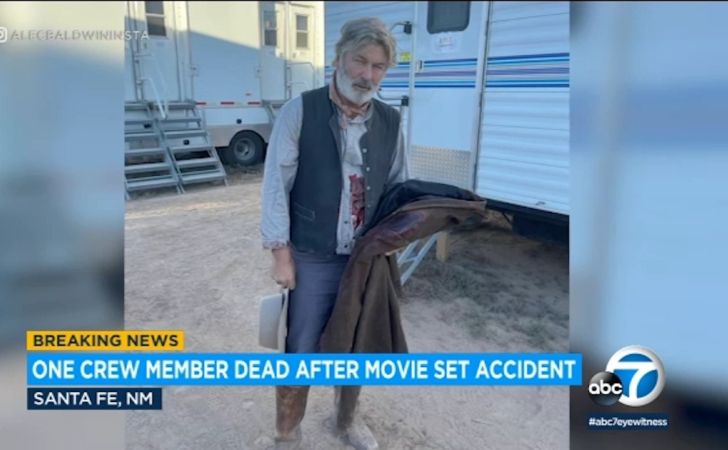 Alec Baldwin kills the cinematographer Halyna Hutchins and injures the director Joel Souza in the movie set Rust. It has been confirmed that the person shooting Hutchins and Souza was actor Baldwin. A piece of sad news for the showbiz world to look into for sure.

Hutchins, a 42-year-old cinematographer, worked on a number of films. Archenemy, Blindfire, and The Mad Hatter are a few of the movies she has been involved in. On the set of Rust, she was killed when actor Alec Baldwin shot a prop pistol. Hutchins was transported to the University of New Mexico Hospital by helicopter, where she was declared dead.

Cowboy Bebop: Trailer, Teaser and Everything in Between >>

She was one of eight female cinematographers chosen for the first 21st Century Fox DP Lab in 2018. Alec Baldwin kills in an unfortunate turn of events which isn’t a great sign for the staff involved in the success of movies.

Hutchins was born in Ukraine in 1979 and grew up on a Soviet military station in the Arctic Circle. She studied international journalism at Kyiv National University and graduated with honors.

How Did it Happen?

The film’s director, Joel Souza, is the second victim in the exact location. He is 48 years old. He was transferred to Christus St. Vincent Regional Medical Center by ambulance.

In like manner, Baldwin plays famed Western outlaw Harland Rust in Rust. The film is a thriller in which Baldwin must prevent his grandson from being wrongfully accused of murder and sentenced to death by hanging. Frances Fisher, Jensen Ackles, and Travis Fimmel all appear in the film.

According to a representative actor Baldwin, the event entailed the misfiring of a prop pistol loaded with blanks. The incident at Bonanza Creek Ranch, a renowned movie site, is still being investigated by police, and no charges have been made.