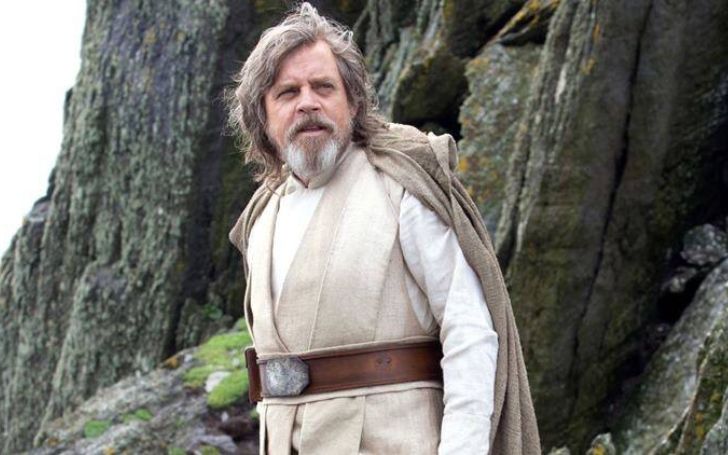 If you are a huge fan of the Star Wars franchise, then the person we will talk to today is not a new face. Mark Hamill is a diligent actor who is profoundly known as a writer and voice actor who rose to prominence for portraying the role of Luke Skywalker in Star Wars.

Apart from this, he has appeared in plenty of other movies. Some of them include the likes of the Big Red One, Corvette Summer, Regular show, Avatar: The Last Airbender, Child’s Play, The Guyver, Jay, and Silent Bob Strike Back, Sleepwalkers, to mention a few.

For his work and accolades, this actor has received several awards. Some of them include Inkpot Award, Dvd Exclusive Award, Interactive Achievement Awards, Disney Legends, Saturn Awards, Daytime Emmy Awards, Teen Choice Awards, to mention some.

Not to mention, he had also received the Hollywood Walk of Fame in 2018. Today, we are going to talk about this legendry actor in detail. Before all, let’s get to know Mark a little bit closer through some quick facts;

Who Is Mark Hamill?- {Parents and Siblings

Young Mark Richard Hamill was born in Oakland, California, United States of America. He was raised by his father, William Thomas Hamill, who was active as a U.S. Captain.

Similarly, his mother’s name is Virginia Suzanne, who gave birth to seven children, including Mark. As a matter of fact, Hamill has four sisters Kim, Jan, Terry, and Jeanie, whereas he has two brothers Patrick and Will.

Due to his father’s work, he often changed his school when he was a child. To be precise, he ha studied at Walshingham Academy, Edgar Allan Poe Middle School. By the age of 11, the Hamill family had migrated to San Diego, California.

There he joined James Madison High School and later enrolled in Annadale High School. Moreover, he had received a degree in drama from Los Angeles City College.

How Old Is Mark Hamill?- Age, Height, and Body

This brilliant actor, Mark was born in the year 1951, and in 2021, he is 70 years old. Recently Mark celebrated his birthday on the 25th of September.

Therefore, he falls under the sun sign of libra. Along with that, Mark stands tall at an average height of 5 feet 7 inches which converts to 170 cm.

Moreover, he has a body weight of 161 pounds which is 73 kg in general. The most distinct feature of Hamill is his salt and pepper hair and a pair of blue eyes.

Who Is The Wife of Mark Hamill?

This American actor has been committed to one woman all his life, and that lucky woman is none other than Marlou York. They had been holding each other hands since December 1978 and are still going strong.

According to Hamill, it was love at first laugh. York used to work as a dental hygienist in Westwood, Los Angeles. She was on her duty when Mark met her for the first time.

She was wearing a white coat, jeans and looked like a Varga painting. He took York to see Annie Hall inspect her sense of humor. When she made a joke during the Star Wars screening, he knew she was the one.

Eventually, they started dating, but Mark left her soon after Star Wars became a hit. Hamill said that he wanted to go to Las Vegas and date 38 years old showgirls. This did not last long, and Marlou was waiting for him to come to his senses.

Marlou was a young 23 years old woman while Mark was 26 years old when they decided to walk down the aisle in 1978. Hamill’s agent Nancy Hutson revealed that they did not get a chance to go on a honeymoon because the actor was busy filming The Empire Strikes Back.

How Many Kid Does Mark Have? Where Are They?

The eldest son of Mark, Nathan Hamill, was born on December 17, 1978. during that time, the production of The Empire Strikes Back was going on.

Therefore Hamill wanted her to have an abortion and did not pay the child support. Some even say that York communicated with her through email and asked her to abort the baby.

Despite all this, young Autumn was born on October 31, 2016, and became Mark’s first grandchild. After that, York gave birth to Mark’s second child Griffin Hamill on March 4, 1983.

He looks similar to his father and is working as an Operations Manager at MuDo Integrated Martial Art located in Santa Monica. He was a student in the adult class and social media manager.

Not to mention he was an instructor for junior classes and is a Martial Artist. Lastly, Mark’s only daughter, Chelsea Hamill, was born on July 27, 1988.

She is also the one responsible for managing Hamill’s business and s the CFO of amazing Invisible. Chelsea also assisted her father in building a strong media appearance.

When Did Mark Hamill Get Into An Accident?

In 1978, Mark revealed that he got into a severe accident. He was driving on the wrong way with a speed of 65 to 70. He revealed in an interview that,

“I was out in the sticks, and there were rarely any cars and no traffic, thank God. I was going with a speed of 65-70. I was speeding, going too fast, and what happened, I think, was that I tried to negotiate an off-ramp and lost control, tumbled over, and went off the road. I fractured my nose and cheek.”

During that time, his face was damaged massively. Therefore the director George Lucas called a stunt double to shoot the scenes of Tatooine.

In most of the movies, the director did not show his face as it was damaged brutally by accident. Despite all this, it did not affect the shooting of the A New Hope Episode.

What Is The Net Worth of Mark Hamill?

Being active as an actor, producer, and director, there is no doubt that Mark accumulated a hefty amount of money from his career. In 2021, Hamill’s net worth ticks around $18 million.

Apart from this, he has been giving voice to several animated characters. Back in 1997, he was given a salary of $650,000 for his work in A New Hope. As a matter of fact, it is similar to having $2.5 million today.