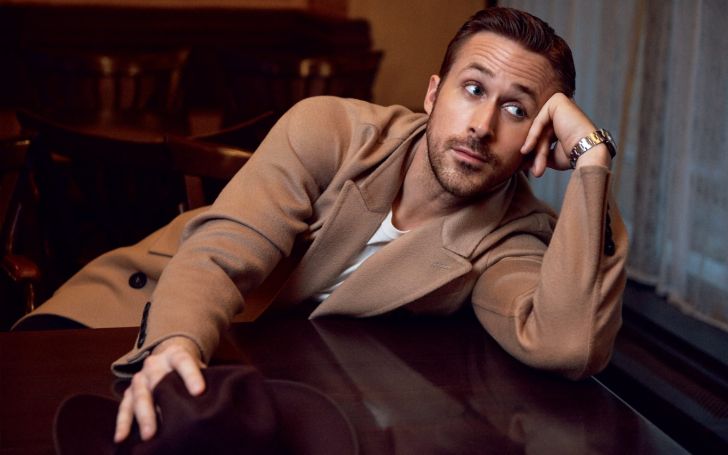 Listed as one of the hot actors on the planet Ryan Gosling is something else. His cute face, sweet voice, and creative way portray each of the characters he is assigned to have enchanted women worldwide. Not to mention Ryan started his career at a very young age.

The boy from The Mickey Mouse Club House has grown up all along and has appeared in tonnes of movies. This man is famous for his role as Officer K in Blade Runner 2049, Sebastian Wilder in La La Land, Noah Calhoun in The Notebook, Jacob Palmer in Crazy, Stupid, Love, and many more.

Added to that, Ryan was also nominated for an Oscar award in the category of Best Actor. Gosling is the recipient of Independent Spirit Awards, Irish Film & Television Drama Academy Awards, MTV Movie & TV Awards, National Board of Review Awards, and Satellite Awards.

Today we will be talking about this heartthrob of a nation who has brought laughter in people’s eyes with comics and tears with the most touching roles. Before starting all this, why don’t we take a look at some quick facts;

Who Is Ryan Gosling?- arents and Siblings

This man was born Ryan Thomas Gosling and was raised in London, Ontario. His father, Thomas Ray Gosling, was a traveling salesman while his mother Donna was active as a secretary.

As a matter of fact, Rosling families are very religious towards Mormons. It truly helped their family to move in the right direction and be kind. According to sources, he has been blessed to have one and only sister whose name is Mandi Gosling.

Ryan grew up watching Dick Tracy, and it motivated him to choose his career as an actor. When he was in grade one, he was inspired by the action movie First Blood. Also, he took a knife at one time and started throwing it at children in the school. Eventually, he was suspended.

Talking about education, Ryan enrolled in Gladstone public School and later went to Cornwall Collegiate and Vocational School. It was tough for little Gosling to read as he was diagnosed with attention deficit hyperactivity disorder (ADHD).

However, the doctor ever confirmed the diagnosis, and his mother homeschooled him for a year. From an early age, Ryan was a performer. Along with his big sister, they used to sing, dance at weddings. Not to mention he is also trained in ballet.

During high school, he enrolled in Lester B. Pearson High school. At the age of 17, Ryan dropped out of college to start his career as an actor.

This reputed actor was born in the year 1980, and in 2021 Ryan is 41 years old. Recently he celebrated his birthday on the 12th day of November. Therefore he falls under the sun sign of Scorpio.

There is no denying that Ryan has a very hot and tantalizing body. His chest measures about 44 inches or 112 cm, his arms about 16 inches or 41 cm, and his waist about 34 inches or 86 cm.

The most distinctive feature of Gosling is his chiseled face, and idiosyncratic accent, and whatnot. Gosling is blessed to have short blonde hair along with blue hair.

In addition to this, Ryan stands tall at a towering height of 6 feet or 184 cm. Currently, his body weighs about 172 pounds which is 78 cm in general.

DoesRyan Gosling have a Tatoo?

In fact, Ryan has some tattoos on his body. He has painted a cover of the children’s book named the Giving Tree on his left arm. His mother used to read this book more often in his childhood.

On his knuckles word, “Esme” is written; however, it is still unclear whether the tattoo is real or not. In his left inner arm. There is an art of a ghostly lady and a skeleton. The lady is said to the famous actress Theda Bera. Added to that, there is a barcode on his left wrist.

How Did Ryan Gosling Meet His Wife? Who Is His Wife?

This wealthy actor has dated plenty of women in the past. However, when he first met Eve Mendes, he just knew that she was meant for her. There is no exact date or place on how they met each other.

At one time director of The Place Beyond, the Pines, asked Ryan about who he thinks is perfect for playing the part of Romania. Although Gosling was not a good friend of Eve’s, he suggested her and said she had a lot to offers.

Surprisingly both of them co-star in the movie, and it was really exciting for them. On October 16, 2011, this duo was spotted lip-locking and driving near Hollywood.

Luckily Eve got pregnant for the first time in 2014. Similarly, daughter Esmeralda was born on the 12th day of September 2014.

Another good news came on April 29. 2016, when Mendes gave birth to their second daughter Amada Lee Gosling. The name literally translates to beloved in the Spanish language.

Later in an interview, this famous actor revealed that Eve is just the woman he has been searching for his whole life. He added that she was just the person he wanted in his life.

Despite the fact that they are fully contained with each other’s companionship, both of them have never walked down the aisle. Several rumors suggest that they are married, but there is no solid confirmation to support the claim.

Flings and Other Relation

In 2012 a news about Erin Foster and Ryan Gosling dating each other. Later in 2002, his name was linked with Sandra Bullock. As a matter of fact, Sandra was 17 years older than him.

In 2005, he met beautiful Rachel McAdams while shooting in the set of The Notebook for the first time. They dated for three years before parting. Back in 2010, Ryan also dated hot actress Blake Lively.

Both of them were spotted dating at Disneyland. Despite all this, they broke up in the same year. Other than this, Ryan was rumored to be with Jaime Murray, Kat Dennings, Olivia Wilde, Casey Labow, to mention a few.

What Is The Net Worth of Ryan Gosling?

This Candian actor has appeared in tonnes of movies and earned a tremendous amount of money from it. In 2021, Ryan’s net worth will be approximately about $70 million.

Recently this handsome made about $20 million for appearing in the upcoming movie The Gray Man. This movie is based on the novel by Mark Greaney, which shows a great potential to have a sequel.