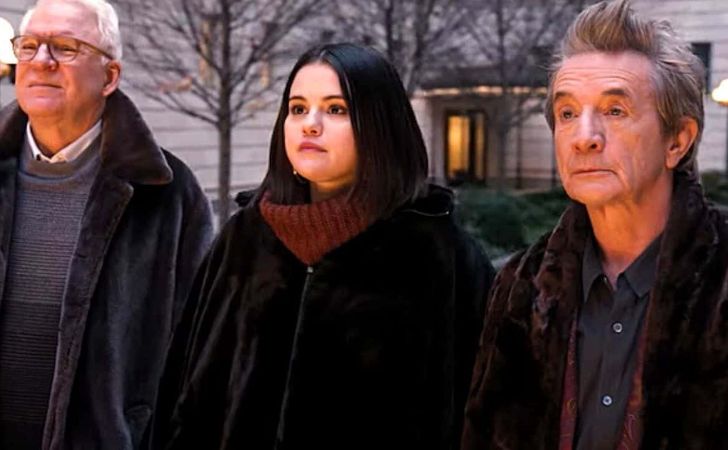 Three residents in the same apartment building shared a common interest in true crime. Eventually, they came together when a homicide occurred in the Building. The police closed the case pronouncing it suicide. They unite and try to solve the murder of their neighbor, which happened in a suspicious situation.

Furthermore, Only Murders in the Building acquired a positive response from the critics. The humor added to the murder and mystery series is equally praiseworthy.

Only Murders in the Building Season 2 Main Cast and Creator

The main cast of this show will be the same as the former season. The production team has added some new faces.

Stephen Glenn Martin, known as Steve Martin, is a five times Grammy Winner. Martin is an American actor, comedian, writer, producer, and musician. Martin came to attention after writing The Smothers Brothers Comedy Hour. At present, the actor’s net worth is $140 million.

Undoubtedly, the brilliant actor started his career as a stand-up comedian and host on Saturday Night Live. Over time, he retired from comedy. The actor worked on establishing himself as an actor. Martin starred in numerous movies and TV shows. They were The Man with Two Brains, Three Amigos, Planes, Trains and Automobiles, The Simpsons, and Domestic Life.

Likewise, the highly accomplished actor kept flourishing. Martin explored more talent within himself. Then, he started his career as a singer, musician, writer, and producer. Martin married Victoria Tennant in 1986. They separated ways in 1994. Again, he got married to writer Anne Stringfield on 28th July 2007. Eventually, they were blessed with a charming baby girl in 2012.

The actor is reprising his role as Charles-Haden Savage in this series.

Martin Hayter Short is a Canadian-based American actor, comedian, singer, and writer. Short appeared on Saturday Night Live show which helped the show to its fan base. The actor starred in The Three Amigos, Three Fugitives, Father of the Bride, Captain Ron, and A Simple Wish.

Similarly, Martin married Nancy Dolman in 1980, who passed away in 2010 due to ovarian cancer. They both adopted three children. Their names are Katherine, Oliver, and Henry. Short has a net worth of $40 million.

Therefore, Martin Short will repeat his role as Oliver Putnam.

Selena Marie Gomez is considered a “Triple Threat” by the media. Gomez is an American singer and actress. Additionally, the singer is also a songwriter and producer. The actress first appeared as Gianna in Barney and Friends. Further, Gomez got a recurring role in Hannah Montana.

You can Also Like: The Umbrella Academy Season 3 Trailer, Recap, Cast, Fans Expectation >>

Likewise, the actress began her music career in 2009. Gomez also worked as an executive director in 13 Reasons Why. Moreover, in 2019, the actress launched the cosmetics brand Rare Beauty. The net worth of Selena Gomez is $85 million.

Hence, she will reprise her role as Mabel Mora.

Aaron Dominguez will again appear as Oscar. Cara Delevingne is a newly enlisted cast. The actress will portray the role of Alice. Furthermore, Amy Ryan will perform as Jan once again.

Only Murders in the Building Season 2 Release Date

What is in the Only Murders in the Building Season 2 Trailer?

The trailer starts with the interrogation of Mabel, Charles, and Oliver by the detectives. Even though they have not committed any murders, someone keeps planting pieces of evidence in their apartments.

From the trailer, it is highly likely that this season will be a roller-coaster of drama.

Thus, the trio has a new crime to resolve. Indeed, the trio is on a quest to find the natural killer.

The trailer of the series revealed the inside designs and architecture of the Building.

Will There Be Next Season?

Steve Martin teases Selena Gomez about the upcoming season. Although no announcement is made, fans see the possibility of the new season.

Therefore, fans have theorized that the series will return for next season.

It is no new thing for Gomez to hear criticism about her body. Once, the actress was spotted carrying a bag full of Snickers. The media poured body-shaming her without a second thought.

The actress has lupus, a kidney stone, and high blood pressure. Thus, Gomez disclosed that she has to deal with her diseases with her body.

Consequently, her weight keeps changing from time to time.