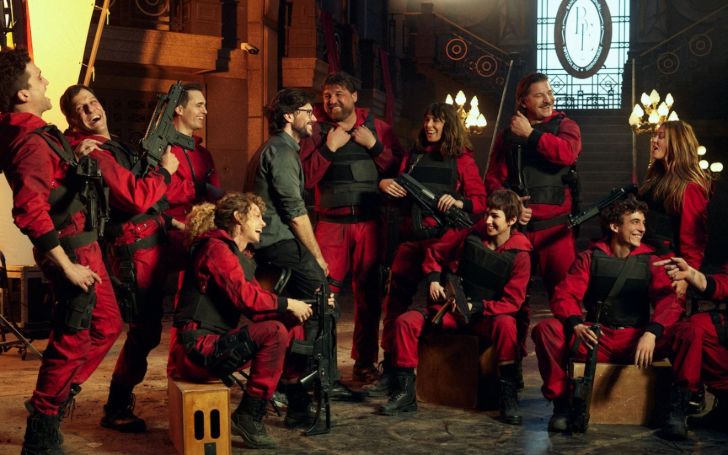 Any Money Heist fans here? Shout out loud as the time has come. So the wait is over. The release date for the Money Heist season 5 is revealed and the heist will be completed in 2021.

After much anticipation, the release date for Money Heist Season 5 has finally been revealed. The final season of the show will premiere this year.

According to sources previously the program would be released in April of this year, as the previous season aired in the same month last year.  Rumors had that due to production delays and furthermore the COVID pandemic, this did not happen.

On May 14, the official Twitter account of Netflix tweeted about the wrap-up of the shooting for the series and they could not wait to share what will happen next.

The building-up news is about the trailer announcement of the series.

According to the recent build-up, the trailer of the show will hit the audience on the 2nd of August with the date of release coming around on the trailer release date itself. So buckle yourself up.

When was the shooting started and ended?

Season 5 of Money Heist began filming in the summer of 2020. According to the report, the shooting began shortly after the fifth season was announced. At least, that’s when we started seeing things from Alex Pina, the actors, and the crew on social media.

Just before 10 days, Netflix stated that the shooting was completed on May 24, 2021. Nobody predicted that the release date would be so close.

There have been various Internet reports that the final season would include 10 episodes. But we haven’t been able to confirm any of them. Netflix also includes 10 episodes in the media section, thus those reports are most likely correct.

There were various rumors that the professor and the police inspector running to catch the professor with a plan are on the same side. As the dark clouds from Money Heist Season 4 are remained to be clear there are some things that fans can expect.

One thing that is sure is the fact that the Money Heist season 5 will have two new characters. Miguel Angel Silvestre is sure to play a new villain in the season. Miguel took it to social media in sharing his happiness to be part of the group.

Another member who will be part of the acting squad will be Patrick Criado. Patrick is famous for his work in The Aspirants and The King. Other than that the writer, director, actor, Jose Manuel Seda will also be part of Season 5.

One of the biggest questions any fan will be asking is about the death of Nairobi. She died in season 4 but as the news of the release came out talks have raised that she might be alive. Her name is available in the Season 5 first episode. This proves that Nairobi might come back from the dead. Isn’t it interesting for Money Heist Season 5 fans?