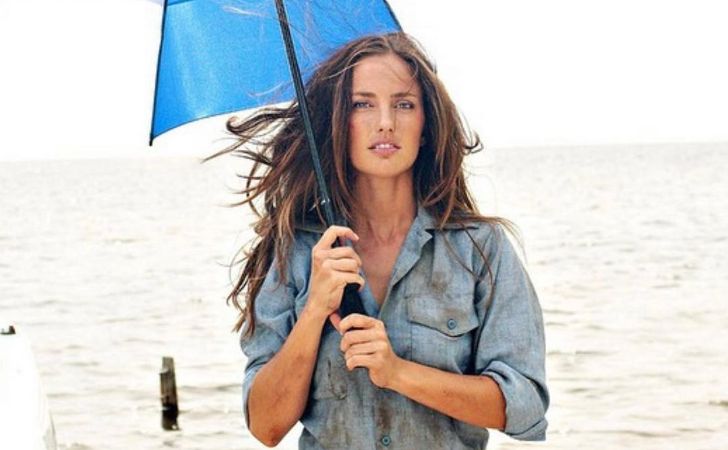 Minka Kelly is an American actress and has worked in popular tv-shows like Charlie’s Angels, Parenthood, etc. Kelly has been actively working in the world of movies and tv-series for nearly two decades now.

She has also worked as a model for a long time gracing the covers of popular celebrity magazines. Before working in lead roles, Minka had appeared in many works of cinema as an extra or as a background actor.

Minka Kelly’s popularity skyrocketed after her work in a tv-series of drama genres named Friday Night Lights. Her work was loved by both the audience and the critics.

It helped her establish herself as a talented actor in Hollywood. Since then Kelly has worked with many superstars appearing in big-budget movies and tv-series.

Age and Height| How Tall Is Minka Kelly?

Minka Kelly was born on the 24th of June in the year 1980. She is 42 years old as of writing. Kelly debuted as an actor at a relatively late age. Her first work was in a music video named She hates by a band named Puddle Of Mudd but her work still remains uncredited.

Speaking about her physique, Minka Kelly stands at a height of around 5 ft and 5 inches. The actress has a beautiful personality and takes great care of her health. She has naturally blonde hair and smoky dark brown eyes.

She might be open about the height but information on how much she weighs is pretty tough to find. Even though she is hitting her 40’s at the moment, regular gym work and a healthy diet have helped the actress to look fit. The charm even in the ’40s is still prevalent.

Being born in the month of June her zodiac sign falls under cancer. People born under this trait and loyal and creative at best. Looking at Minka one can hardly doubt any of these traits.

Minka Kelly was born in California, United States to Rick Dufay and Maureen Dumont Kelly. Her father was a guitarist in an American rock band named Aerosmith.

His father joined the band in 1981 but left just after three years for personal reasons. Talking about her mother Maureen Dumont Kelly, she was a dancer and popular for her exotic performances.

Minka Kelly was raised by her mother as her parents had separated early. Kelly’s mother often moved for work. Kelly spent most of her later teens living in a diverse community in New Mexico.

After Minka returned to LA, she had a pretty good time. The actress learned the art. However tough times came to her in 2008 when her mother died of Colon cancer.

It was a very hard time for Kelly both professionally and mentally where she couldn’t focus much. In same token, she was pretty close with her mother.

Focusing on her studies, this dedicated actress was able to complete her graduation in June 2015 from the New School of Cooking in Culver City. It was due to her love for cooking and baking that she took graduation in the field of interest. Minka was very good hardworking and good in her studies.

Minka went to Los Angeles after graduating from high school. She started meeting and having test shoots for modeling agencies. At one of her shoots, she met a former Playboy Playmate and Model who helped her get a job as a receptionist.

She worked as a receptionist in return for a breast augmentation surgery which she later did not have as she had changed her mind.

She has appeared several times in a popular magazine named Cosmopolitan. She was also named the ‘Sexiest Woman Alive’ by Esquire Magazine. Kelly has worked for several other magazines and graced their covers. Her success in modeling is evident from her agreements with various brands.

In the middle of all of that, this model was part of the scrub technician job for the period of four years. It was the same time when the urge to act came through. This made her more focused and she started auditioning for the roles in frequent numbers.

Minka Kelly debuted as an actor in a short movie named Turbo Charged Prelude for 2 Fast 2 Furious. Her first work in a tv-series was in Cracking Up where she appeared in a single episode in 2004.

These experiences helped her gain ground in acting but her role in Friday Night Lights was what made her a household name. She played a recurring character named Lyla Grarriy in the series and worked there between 2006–09 winning the hearts of the audience.

Her later career involved working in movies like Naked, The Beach house, Night Hunter, Shady Friend, She’s in Portland, et cetera. In the year 2018, she began working on a superhero series named Titans.

Kelly played the character of Down Granger in the series. The series was a success and it gave her a name in the genre of fantasy. She is currently working in a series named Euphoria.

This might come as the shock to many but Minka Kelly has her own jewelry line too. This talented diva tried her hand on the shining apparel in the year 2019.

As most of the users might know she collaborated with the brand named ABLE. This association gave rise to something beautiful with ease. Her jewelry includes the likes of earrings, necklaces, rings, etc. Quite the hobby to have for the celebrity.

Who Is Minka Kelly Boyfriend?

They began dating in 2007 but broke up just a year later. Kelly dated baseball star Derek Jeter for three years between 2008 and 2011. Derek is an inductee of the Baseball Hall of Fame.

Kelly got back with Chris Evans again in 2012 but their relationship could not continue for long. They separated just a year later. She started dating Jesse Willims in 2017.

Jesse Williams is an actor known for his work in Grey’s Anatomy. The couple separated a year later. She also dated Trevor Noah recently for a short time.

In between all of this, Minka was seen dating Tom Cruise as well. Yes, we are talking about the same Mission Impossible actor. This particular relationship started in 2007. To the sad output for many, this didn’t go for a very long time.

Both of the love birds have been together and dating for some time now. Trevor’s and Minka’s dating spree started in the year 2020. As of the bond they were seen quarantining in Trevor Noah’s lovely city apartment.

To make matters more clear both of them have moved to the new apartment purchased by Trevor Noah. It is worth $27.9 million and is located in LA. This paradise is famously known as Bel Air Mansion.

Kelly might be jumping from one man to another at the moment but nothing hard and fast about marriage has come through. Let alone marriage she is not engaged to this point. It seems like she is more focused on her career at the moment rather than striking cupids all along. With something, fruitful readers will be made aware.

Net Worth and Wealth

Minka Kelly has an estimated net worth of around $5 million. Her primary source of income is acting. But the actress also has brand deals for popular products.

On average, Minka Kelly charges around $50k for a single episode she stars in. She has also made some real estate investments but has not revealed any specific details about them as of yet.

Minka has been part of the acting world for some time now. Not only the earning from the movie but brand endorsements along with the photoshoots have also been her go-to.

In like manner, she is active in social media where sponsoring the products also helps her to gain money in her account. Although Kelly is vocal about her life, the diva has been silent on the green side of life. Hope someday she opens up about it too.

Minka Kelly has several awards up her sleeve. Her first nomination was at the Gold Derby Awards in 2007. She was nominated for her work in Friday Night Lights but failed to win.

She was again nominated two years later for the same award and same category which she went on to win. Kelly has also been nominated for other awards like Acapulco Black Film Festival, Teen Choice Awards, MTV Movie+TV Awards, etc.

Minka Kelly is active in popular social media sites like Instagram and Twitter. She has a huge following on social media platforms. She often uses her reach to interact with her fans and followers. Kelly likes to communicate with her fans on Twitter.

Minka Kelly has mostly European as well as Asian ancestry. As per reports, he has families of French, Irish, Dutch as well as Indonesian origin.

Minka Kelly is currently in a relationship. Her recent relationship is with actor and host Trevor Noah. She’s have had a total of four publicly known relationships as of writing. Her first relationship was with Chris Evans.

Although Trevor Noah and Minka Kelly are in a relationship they are still friends. They were even seen recently strolling in the streets of New York City.

No, Minka Kelly hasn’t had any children of her own. It seems she wants to remain independent and the idea of having a child hasn’t come up yet.