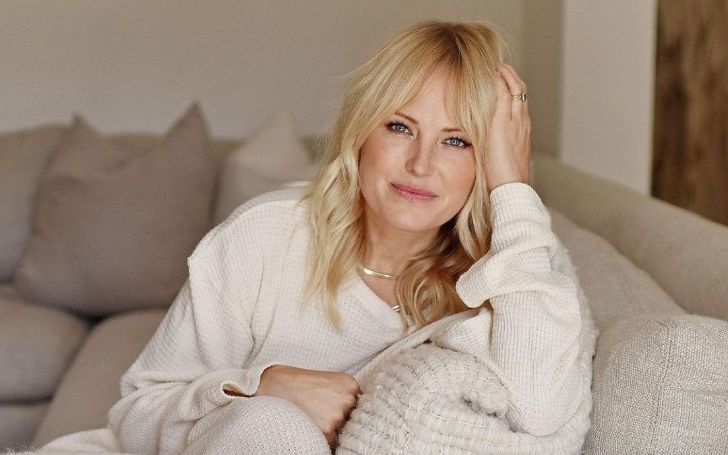 Malin Akerman is a Swedish-born Canadian actress, model, and singer who rose to fame after beginning her career as a model and actress in her home country. However, the actress struggled for years to achieve her Hollywood dream, but she was able to break into the industry with roles in films such as The Utopian Society and Harold & Kumar Go to White Castle, as well as the television show The Comeback.

Malin rose to prominence with the film The Brothers Solomon, and she became well-known among her fans with the movie The Heartbreak Kid and 27 Dresses. Slowly and steadily, the actress landed more prominent roles in commercially profitable films such as Watchmen, The Proposal, and Couples Retreat.

Åkerman also collaborated with A-list Hollywood stars in Wanderlust, Rock of Ages, and Stolen and earned critical acclaim for her performance in The Final Girls. Childrens Hospital has been her longest-running series in her television career, while Trophy Wife is her most popular show.

The Swedish actress was also a member of the band The Petalstones as a singer.

Malin Akerman was born in Stockholm, Sweden, on 12th May 1978, to Pia Sundström and Magnus Akerman. Her mother was an aerobics instructor and a part-time model, and her father was an insurance broker.

Her parents located to Canada when she was two years old after her father was offered a job there. Sadly, her parents divorced when she was six, and after that, she stayed in Canada with her mother while her father moved back to Sweden.

Then again, she relocated to Niagara-on-the-Lake, Ontario, with her mother after she married for the second time. She also has a younger stepbrother from her mother’s second marriage and two stepsisters from her father’s side of the family.

The future actress decided to study psychology at York University in Toronto. Then Malin started getting guest roles on television due to her success in advertising. She saw acting jobs as more chances to pay for her studies, but she ended up loving it so much that she dropped out of school to pursue a career as an actress.

Malin has a stunning body as she completely swears by the law of a healthy diet and regular exercise. As of May 2021, the beautiful actress is 43 years old in fact; she celebrated her birthday just a couple of days back. This beautiful actress stands 5 feet 8 inches tall and weighs about 56 kilograms.

In addition, this stunning actress’s dress size is 4 (US), and her shoe size is 9 (US).

Since the actress is committed to living a very safe lifestyle, she has a lovely body that measures 34-26-35 inches despite being in her early forties. Her distinguishing qualities are her attractive pair of dark brown eyes and her luscious blonde hair.

Malin is also really fond of tattoos. She has the first letter of her ex-husband’s surname, ‘Z,’ tattooed on her forearm and a lotus flower tattoo on her upper back, which represents her Buddhist faith.

Malin Akerman began her modeling career as a child model at the age of five and continued to feature in television advertisements until she was twelve. She won the Ford Supermodel of Canada contest at 17 and signed with a modeling agency. And now let’s have a look at her successful film and tv career.

Malin married musician Roberto Zincone in 2007 after a few years of dating. For a long time, the couple was childless. However, it was revealed in 2012 that the actress was expecting a child. Sebastian Zincone, the couple’s son, was born.

While the baby was just seven months old, the news broke that Malin and Roberto were divorcing. Fans of the actress were taken aback because she had already spoken about the perfect friendship, inseparability, and shared understanding.

The ex-couple did not discuss the reasons for their split, but they did say they remained friends and would do anything for their son.

Then in 2017, the paparazzi photographed the actress with British actor Jack Donnelly. Their friendship grew with time, and they declared their engagement in the autumn of the same year. Then in late 2018, the couple got married in Tulum, Mexico.

Net Worth | How Much Does Malin Akerman Earn?

After nearly 25 years of consistently working in the film and television industry, the actress’s gross net worth is reported to be $10 million, which is not surprising considering how hardworking and professional she is and how good her films and television shows are.

The charismatic actress has appeared in many hit films like The Proposal, The Retreat, and Wanderlust, and her excellent success in these films has contributed to her considerable net worth.

Malin Akerman reportedly has accounts on two social media platforms, that is Instagram and Twitter. Let’s check her followers count.

The net worth of this Swedish-Canadian actress is approximately $10 million.

Yes, the actress has a child named Sebastian from her first marriage.

Since 2018, Malin is married to Jack Donnelly.