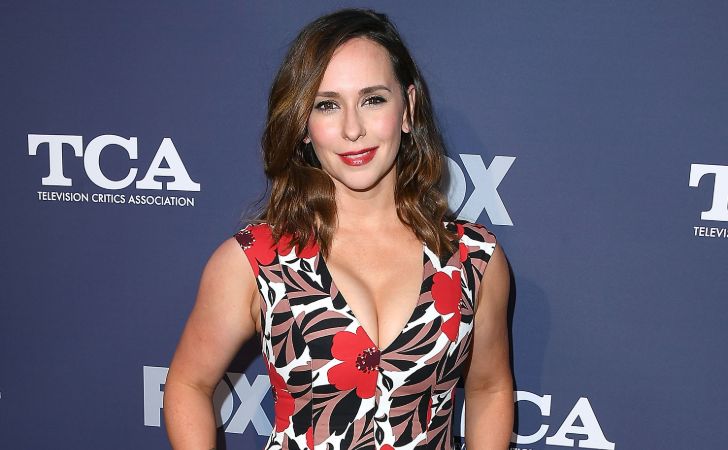 The actress landed her first major break as a child with the Disney sitcom Kids Incorporated. She also published her debut album, Love Songs, which cemented her reputation as a singer-songwriter.

Among her other successful films are If Only, The Truth About Love, Garfield, The Client List, and Jewtopia. Throughout her professional journey, she has managed to capture the attention of both critics and fans thanks to her captivating screen presence and film selection.

In the early 2000s, according to rumors, Jennifer had romantic ties with musician Enrique Iglesias. They had a love affair when she starred in Enrique Iglesias’ video. The kisses between the young individuals were real, according to the cameramen who captured the music video. However, the couple parted ways later on.

The girl dated American actor Ross McCall in 2005. After two years of an intense relationship, the actress proposed to her. Jennifer and Ross formally announced their engagement, but they did not have time to plan a wedding. However, the couple soon separated.

JLove also dated Jarod, an American actor, for a long period. Jarod, who is five years her junior, began dating her in August 2011. Sadly, in 2012, they called it quits.

Despite having several love relationships, Jennifer is now a happily married woman. Jennifer Love Hewitt’s husband is Brian Hallisay. The beautiful pair met on the sets of The Client List and began dating in March 2012.

The couple revealed in early June 2013 that they were expecting their first child and were engaged. They married in November of 2013. Jennifer gave birth to the couple’s first child, a daughter called Autumn James Hallisay, and then a son called Atticus James.

The couple revealed in May 2021 that they were expecting their third child together.

Jennifer Love Hewitt was born in Waco, Texas, to Patricia Mae and Herbert Daniel Hewitt on February 21, 1979. Todd Hewitt, her older brother, is her only sibling.

Hewitt was drawn to music at an early age, which led to her first interaction with entertainment. The actress first performed The Greatest Love of All at a livestock show when she was three years old.

By the age of five, Jennifer had started taking ballet and tap dance lessons and had been selected for the Texas Show Team. Hewitt grew up in the Central Texas town of Nolanville.

Her parents divorced when the actress was quite young, and their mother brought her and her brother up. Jennifer got the title of Texas Our Little Miss Talent Winner when she was ten years old and decided to pursue a career in singing and dancing.

Hewitt quickly became popular as Robin on Disney’s Kids Incorporated. She also appeared in the television video Dance! Workout with Barbie. She not only acted in the video, but she also provided her voice.

As per her education qualification, she is a high school graduate and attended Lincoln High School.

Jennifer Love Hewitt has one of the most stunning actresses in Hollywood. Even in her forties, she looks lovely. Hewitt is, however, not as tall as other actresses. She stated in an article that she is just 5 feet 2 inches tall and weighs about 58 kg.

Net Worth | How Much Does Jennifer Love Hewitt Earn?

Jennifer has a thriving career as both an actor and a singer. She has acquired a sizable fortune throughout her career. Jennifer now has a net worth of $22 million. She has made a lot of money through her acting career. Her singing and producing careers, on the other hand, contribute significantly to her net worth.

Jennifer’s net worth will undoubtedly arise in the upcoming years, as she is a very active actress and singer. Hewitt is also a brand ambassador of many high-end brands, which lends considerably to her net worth.

Yes, Jennifer is a part of the social media bandwagon, and she is fairly active. Currently, Hewitt is involved on two social media platforms – Instagram and Twitter.