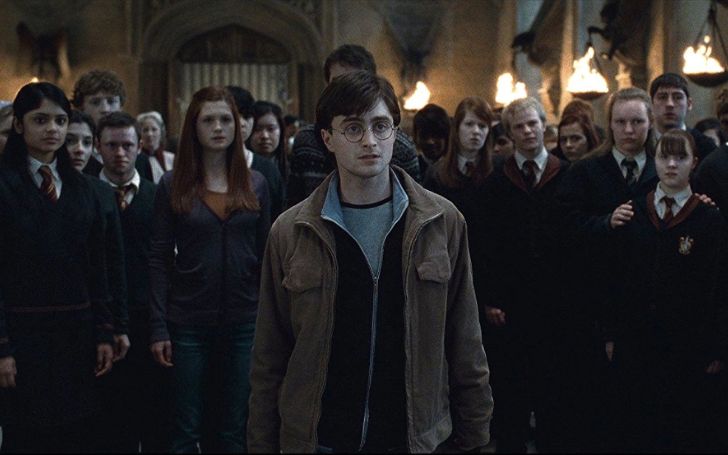 Harry Potter, book series and film franchise, is supposedly coming to television shortly. According to recent rumors, HBO Max is developing a live-action TV series based on the novels and movies property. Harry Potter books and movie lovers have a lot to say now that this news has made its way online.

From expressing their joy to their disappointment, followers turned to social media to offer some stories they’d want to see.

The decision to offer the quiz show and retrospective on HBO Max, Cartoon Network, and TBS comes as Warner Media continues to seek synergy across its portfolio to expose programs to a broader audience.

J. K. Rowling’s Harry Potter series is a collection of seven fantasy books. The novels follow the lives of Harry Potter, a young wizard, and his companions Hermione Granger and Ron Weasley, who are all students at Hogwarts School of Witchcraft and Wizardry.

The primary plot is upon Harry’s battle against Lord Voldemort, an evil wizard who wants to become immortal, topple the wizard governmental body known as the Ministry of Magic, and subjugate all wizards and Muggles (non-magical people).

Since the first novel, Harry Potter and the Philosopher’s Stone was released on June 26, 1997, the books have gained tremendous popularity, favorable reviews, and economic success worldwide.

Will It Be Successful?

They have a large adult audience and younger readers and are frequently regarded as modern young adult fiction foundations. The novels of Harry Potter Series have sold over 500 million copies worldwide as of February 2018, making them the best-selling book series in history and translated into eighty languages.

The first film in the franchise, Harry Potter and the Sorcerer’s Stone, was released in November 2001 and quickly became a worldwide success.

Furthermore, to commemorate the twentieth anniversary of Harry Potter and the Sorcerer’s Stone, WarnerMedia has formally agreed on an unscripted quiz show.

Likewise, the special series will run over five nights on streamer HBO Max and linear networks Cartoon Network and TBS at a date to be announced this year.

The unnamed competitive quiz show, casting through WizardingWorld.com, will have super fans battling to solve trivia questions. Some of the special guests are also expected to appear in the four-episode series. The game show will also have an online play-along component.

J.K. Rowling’s involvement in a scandal over a remark concerning Trans women has caused fans to despise her. Albeit, fans of Harry Potter do not want her to profit from the television series.

Harry Potter enthusiasts do not want this to happen, nor do they want a TV series based on the books. Added to that, J.K. Rowling has made transphobic remarks in the past, showing that she is a trans-exclusionary radical feminist.

She means that she does not think that Trans women are women. This is a dangerous and terrible notion. Still, instead of apologizing or educating herself, she later opted to double down on her views, first in a series of tweets last week and then in a lengthy blog post.

Warner Bros. Unscripted TV and Warner Horizon executive produce both the series and the special quiz show. The hour-long quiz show will be executive produced by Robin Ashbrook and Yasmin Shackleton, with Casey Patterson in charge. As per sources, though Rowling is not personally engaged in either project, Warners worked with her staff on the topic.

According to sources at the time, the WarnerMedia-backed streamer was in many negotiations with potential writers. It was about various concepts for bringing the famous Harry Potter franchise to television.

While it has been reported that officials from HBO Max and Warner Bros. are meeting to locate a writer and pitch for a Harry Potter TV series, no writers or talent have been linked since the discussions are still in their early stages, and no deals have been signed. At the time, Warner Bros. denied that a Harry Potter series was in the works.

However, with the ongoing talks, we can expect the series sooner than later. Interestingly, the question is do viewers want that? We have to wait and watch the fan’s reactions and how everything goes?