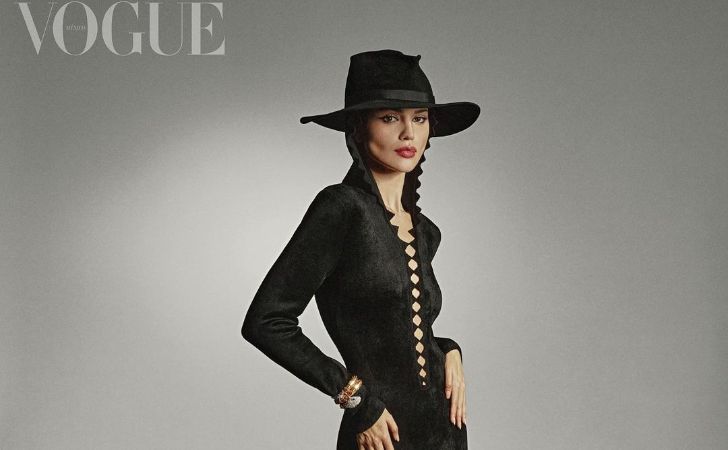 Eiza González is a Mexican singer and actress. The actress has worked extensively both in American as well as Spanish movies. She began her career in the entertainment industry as an actor and has since also been involved in making music.

The actress has a theater background making her acting different and more realistic than her fellow actors. González takes great care in choosing scripts as she believes in transforming herself completely into the characters she is playing.

Gonzalez started out working in a Spanish tv-series. Some of the tv-series she has worked on include Mujeres asesinas, Plaza Sesamo, et cetera.

González is known for her work in the action drama movie Baby Driver playing a character named Monica Castello. The actress was also seen working alongside prominent Hollywood stars in Hobbs & Shaw. She has also done several works as a voice actor in animated movies and series.

Born on the 30th of January in the year 1990, Eiza González is 32 years old as of 2021. The actress entered the entertainment industry relatively early and quickly garnered success through her work.

González first work as an actress was in a tv-series named Lola: Erase Una Vez in 2007. She played a character named Dolores ‘Lola’ Valente for which she was praised both by audiences and critics.

Eiza González stands at a height of around 5 ft 8 inches and weighs 121 pounds. She likes to stay fit and takes great care of her general health resulting in her healthy and toned physique. The actress has black eyes and black hair.

Eiza González was born to Glenda Reyna and Carlos González in Mexico. Her mother Glenda Reyna is a former model who later supported her in her endeavor to become an actress. The actress was mostly raised by her mother as her father Carlos González died in a motorcycle accident when she was just 12. Her father’s death had a lasting impact on her childhood and later as an adult.

González initially attended Edron Academy and later American School Foundation where she completed her high school education. González went on to take acting as her major for her higher studies at Centro de Educacion Artistica.

This 5’8″ actress took acting classes at M&M studio which was run by popular actress Patricia Reyes Spiindola. Her lessons became a foundational base for González’s career in the future.

At Centro de Educación Artística Artistica, González impressed producer Pedro Damian with her acting. In 2007, Eiza González was able to bag the lead role in a telenovela named Lola: Erase Una Vez when she was just 16 years old.

After her work in Lola: Erase Una Vez, she moved along with her mother to New York for greater opportunities in her career as an actress. In New York City, she took acting classes at Lee Strasberg Theater and Film Institute for a brief period of time and came back to Mexico.

Between 2008 and 2010, Eiza González worked in smaller roles in telenovelas like Plaza Sesamo Mujeres asesinas, et cetera before being approached by Nickelodeon in 2010.

In 2010, this 32-year-old starred in a Nickelodeon teen comedy named Suena Conmigo for which she moved to Bueno Aires. Her work was loved by the audience and made a star in South America, especially in Argentina.

Through her work in the teen series, she also performed in multiple concerts.

In 2013, González played a character named Santanico Pandemonium in the horror television series From Dusk Till Dawn which was her first role in an English-speaking movie.

In 2019, González was seen working alongside Dwayne Johnson in a spin-off movie of The Fast and Furious named Hobbs & Shaw. Recently the actress has been seen in many prominent works of cinema like Alita: Battle Angel, I Care a lot, Godzilla vs. Kong, et cetera.

Eiza González is currently living in Los Angeles and mostly working in American Movies and tv-series right now. The actress recently revealed in an interview that she went through a tough time and depression during her mid-teenage years because of the trauma of her father’s death.

Talking about her relationship, this actress is reportedly dating Paul Rabil right now. Her boyfriend Paul Rabil is a famous lacrosse player. He is the co-founder of PLL( Premier Lacrosse League).

They started dating recently in the early months of 2021. Her boyfriend Paul Rabil was in a marital relationship with Kelly Berger between 2014 and 2017.

Before dating Paul Rabil, González was reportedly dating actor Timothee Chalamet. There were even pictures of them together taken by paparazzi which became viral. González does not have any children as of yet as she is giving most of her time to building her career.

This hard-working actress has an estimated net worth of around $5 million as of 2022. The actress has been able to amass massive wealth through her work in the film industry.

Working in the entertainment industry since her early days has helped her net worth to reach much higher. One can also say that she has done the modeling work with a great face and outlook.

Interestingly there is no information regarding the assets owned. Other than that the information on the mansions along with the cars are also hard to find. If something fruitful pops out readers will be made aware.

She won Breakout Artist or Group of the Year in 2009 for her musical work. Eiza González has been nominated at Imagen Foundation Awards twice for Best Actress in Feature Film.

Eiza González is quite active on both her Twitter and Instagram handles. The actress is most active on her Instagram account where she often posts pictures of daily activities. She mostly uses her Twitter handle to interact and communicate with her fans and followers.

Yes, Eiza González is indeed in a relationship. She is dating former lacrosse player Paul Rabil. They don’t have any children as of yet nor have they revealed any future plans for their relationship to their fans.

Eiza González is multilingual and thus can speak several languages fluently. The Mexican actress is fluent in English, Spanish, Italian and can understand French but has difficulty conversing in it. She knows so many languages because of her work life as she has been traveling from a young age.

Timothee Chalamet and Eiza Gonzalez reportedly break up in the last months of 2020. Neither Timothee nor Eiza González have revealed the reason for their break as of yet.

Yes, Eiza Gonzalez has several tattoos on her body. She has a cherry blossom tattooed on her ankle, a star on her wrist as well as a heart on her finger. The actress is quite fond of tattoos and likes tattoos to significant events in her life.