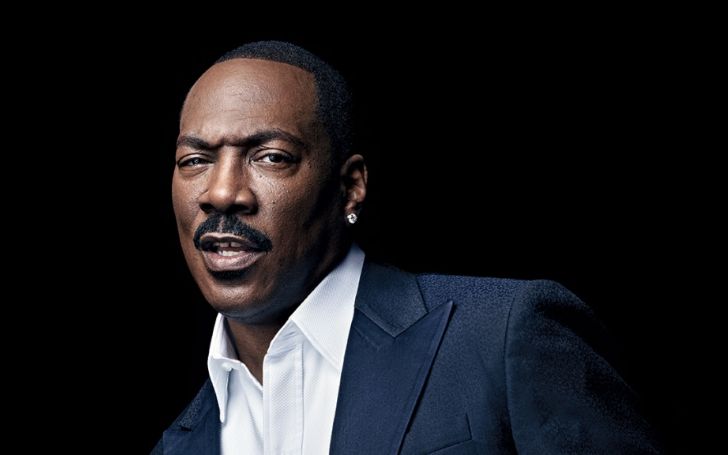 One of the favorite comedians, Eddie Murphy, made people laugh with his impeccable sense of humor and flawless acting. He rose to prominence for his work and contribution to Saturday Night Live.

From that moment on, he has been dominating the box office with his unrivaled movies. His work in the 1980s is still criticized and is famous for his streetwise, fast-talking fish out of water.

Eddi’s work was well appreciated in the movies such as The Golden Child, Coming to America, Eddie Murphy: Raw, Beverly Hill Cop I and II, 48 Hrs, The incredible Shrinking Man, Trading places, Best Defense, to mention some.

Today, we are going to talk about this famous comedian who can make anyone’s day with his great jokes. Did you know that he has ten kids in total? If you did not know this, there are lots of things you are missing about his man. Take a look at some quick facts;

What Is The Real Name of Eddie Murphy? Where Was He Born?

Edward Regan Murphy was born in the beautiful place of Brooklyn, New York City. He grew up in the borough’s Bushwick neighborhood.

Edward’s mother’s name is Lilian, who worked as a telephone operator while his father, Charles Edward Murphy, was a transit police officer.

If you wonder where this man learned about comic timing and presentation, then all of that is passed down from his father. As a matter of fact, Charles is somehow acting like a comedian and actor.

Eddie’s parents broke up at the age of three, and five years later, he lost his father. According to him, his father was stabbed by a woman. It was a crime of passion.

Therefore Murphy was raised y a single mother. When she got ill, the eighth years old kid had to live in the foster house. Not to mention Murphy is blessed to have elder brother Charlie Q Murphy who is also an actor.

It was during his foster care that Eddie developed a sense of humor. Movin on he was raised by stepfather Vernon Lynch in Roosevelt, New York, along with his brother.

As a matter of fact, its handsome man comes from American nationality and belongs to black ethnicity. Furthermore, he stands tall at a gorgeous height of 5 feet 9 inches which translates to 175 cm.

The most distinctive feature of Eddie is his big mustache, huge smile, goofy laugh, and perfect comic timing. Murphy has a weight of 70 kg, which is 170 pounds.

In addition to this, Murphy has short black hair and a pair of dark brown eyes. His dark complexion is also the reason why he looks so hot and attractive.

How Many Wives Does Eddie Murphy Have? Does He Have ten kids?

At the peak of Eddie’s career, he encountered beautiful Nicole Mitchell in 1988. To be precise, they met at the NAACP Image Awards. During that time, she was active as an actress and model who would walk on International runways.

Eventually, they started dating in the year 1989 and planned their wedding on March 18, 1996. Their nuptials took place in Plaza Hotel in NYC with more than 500 guests. In total, this lovey-dovey couple had five children.

In 2008, Eddie tied the know with television producer Tracey Edmonds. They had a symbolic wedding in a Bora Bora. The event was private, and after only a couple of weeks of their marriage, they parted ways.

Last but not the list Murphy is madly in love with the Australian model Paige Butcher. This lovey-dovey couple has been together since 2012. As a matter of fact, she is 19 years younger than this handsome.

Unlike his previous relationship, Eddie did not marry her instantly. They dated for quite a long time before dropping down the anchor in 2018.

This duo also has two beautiful kids. Young Izzy was born in May 2016, whereas Max Charles was born on November 20, 2018. Other than this, Murphy had once been engaged to famous singer Whitney Houston on August 9. 1982.

However, their relationship ended on April 28, 1983, and the two never got a chance to get married. In addition to this, Eddie became father to son Eric on July 10, 1989, with a local girl Paulette McNeely.

While they were dating, Mel gave birth to Eddie’s child Angel Iris Murphy Brown, on April 3, 2007. At first, he denied the fact that Angel was his kid.

However, when the paternity report came, he was convinced that the young baby was his. In this way, Eddie has three hot and famous wives and ten wonderful kids.

What Is The Net Worth of Eddie Murphy?- Salaries

Being an actor, comedian, director, and producer, money flows from everywhere for Eddie. As a matter of fact, he is the sixth highest-grossing actor in film history.

In 2021, Murphy’s net worth is calculated to be $200 million. It is also no surprise to know that his movies value has grossed over $7 billion at the box office at the time of writing.

When his career was at its peak, Eddie would earn a huge amount of $20 million per movie. Until now, he has gathered more than $300 million in salaries and royalties.

In addition to this, Netflix paid a sum of $70 million to do comedy specials in the channel. Back in 2001, he bought a brand new property of 40,000 square foot mansion for $10 million.

Similarly, in 2007, this man also bought a 15-acre private island for $15 million in Rooster cay. Another personal property of his is located in Pearl Island.

Likewise, he also purchased another property worth $10 million in Beverly Hills. This place is overcrowded with Rod Stewart, Denzel Washington, Mark Wahlberg, Sylvester Stallone, to name a few. Its owner later sold this property in 2016 for $85 million.