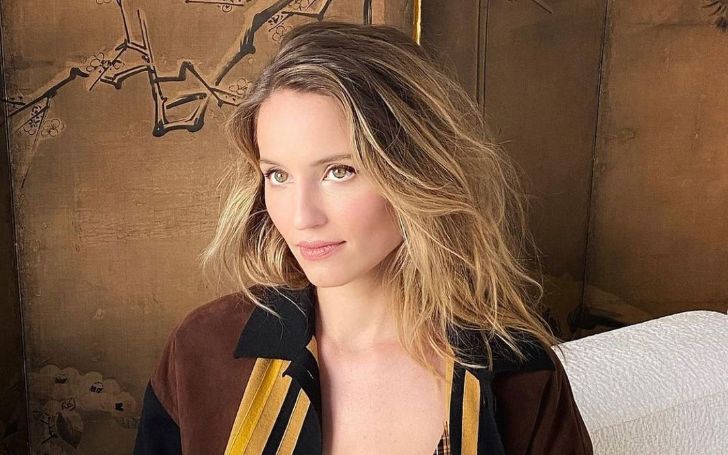 Dianna Agron is an actress, singer, dancer, and director from the United States. Agron made her cinematic debut in 2006 after predominantly dancing and acting in minor musical theatre plays in her adolescence.

On the Fox musical comedy-drama series Glee, she played the antagonistic yet sympathetic head cheerleader Quinn Fabray in 2009. She received a S.A.G. Award for her work in the series and was nominated for a Brit Award for Best International Breakthrough Act as part of the cast, among other honors.

Dianna Elise Agron was born in Savannah, Georgia, on April 30, 1986, and raised in San Antonio, Texas, and San Francisco, California. Dianna’s mother’s name is Mary Agron, who is a seamstress. Her father’s name is Ronald S. “Ron” Agron, a former general manager of Hyatt hotels.

She was raised with her younger brother, Jason Agron, a professional photographer. Because of her father’s job, Agron and her family stayed in several hotels as she grew up. Agron is ethnically Russian Jewish and has characterized herself as half Russian.

Agron grew up listening to music from the 1960s and 1970s in their house, and she grew up seeing modern films and television even as a teenager. As a result, she was introduced to acting and dance.

Dianna has always had a passion for acting, dancing, and singing. She began taking acting and dance classes when she was 9 years old while living with her mother.

Her excellent physique is the result of a rigorous training program and a well-balanced diet. To keep her body healthy and her skin dazzling, the actress consumes more vegetables and less junk.

Dianna has gorgeous light brown hair and appealing hazel eyes. Furthermore, her shoe size is 7. (U.S.). And, thanks to her healthy and active lifestyle, the actress looks great in a size 2 (U.S.) outfit.

Agron has garnered several honors and nominations over her career. But there are a few significant ones in which fans and reviewers adored her in films and television programs, and she won.

For her role in Glee, the actress got her first nomination and won the Breakthrough of the Year Awards as Breakthrough Newcomer in 2010. She also received numerous awards that year, including Screen Actors Guild Awards and the Gold Derby TV Awards.

Dianna won the Giffoni Award at the Giffoni Film Festival in 2012. She was nominated for a Grammy Award for Glee: The Music, Volume 4 in the category of Best Compilation Soundtrack for Visual Media (Glee cast). Regrettably, he did not win again. She was also nominated for Outstanding Ensemble Performance in a Comedy Series at the Screen Actors Guild Awards.

Who is Dianna Agron Dating?  – Relationship

While Agron is known for keeping her romantic relationships quiet, she has been involved in several high-profile relationships. From 2008 until 2009, Agron was in a relationship with actor Dave Franco. Their romance was short-lived, and they split up in 2009.

She began dating British actor Alex Pettyfer in July 2010. They were seen together in the film I Am Number Four. Despite the fact that they began cohabitating couples in 2010, Pettyfer was reportedly bossy and neurotic throughout their relationship. The pair split up in February 2011, the day after the film was released, and there were accusations that he threatened her over the phone. She briefly relocated to a hotel under a fictitious identity so that Pettyfer would not be able to track her down.

Agron met actor Chris Evans at Oscar’s party in early 2011, and the two dated briefly in April of that year. According to reports, Evans’ brother Scott was a fan of Agron from Glee and backed the couple’s decision. Their romance was short-lived.

In June 2011, she began dating Romanian actor Sebastian Stan; they parted in December because of Agron’s inability to spend time with him while working on Glee, but began dating again in February 2012 and were still together in April.

In July 2015, it was revealed that Agron was dating Mumford & Sons guitarist Winston Marshall, and the couple got engaged in late 2015. They married in Morocco on October 15, 2016, with Agron wearing a Valentino Fall 2016 off-the-runway gown that was regarded as one of the most costly celebrity wedding dresses ever.

Agron and Marshall kept their romance quiet, even refusing to post about each other on social media. They started living separately in 2019 and were legally separated in August 2020.

How much is the Net worth of Dianna Agron?

Her commercial advertisements in which she appeared are Nike, Ad Council/USDOT/NHTSA, and Nintendo.

Since her debut in 2006, the actress has been in the profession for almost a decade, and with all of her hard work and success over the years, her net worth is believed to be in the US 6 million dollars.

Agron is still in her thirties and has a long way to go in her career. With her skills, she should be able to have numerous fantastic movies and series in the future, as well as a growth in her net worth. So stay tuned for more information about her and other celebs.

Argon, like other celebrities, is active on social media. Also, because social media supports an actor’s brand so much more these days; and it is a terrific method to stay connected with their followers and keep them informed. Dianna is active on two social media sites right now: Instagram and Twitter.

Dianna Agron, did she have a child?

No, she has not conceived a child. We will keep the readers update if any pregnancy news arises.

Was the Glee actress who plays Quinn pregnant?

Quinn, played by Dianna Agron, is a character on Glee. The actress is not pregnant as of yet.

Yes, throughout her time on Glee, Agron met and befriended Taylor Swift.