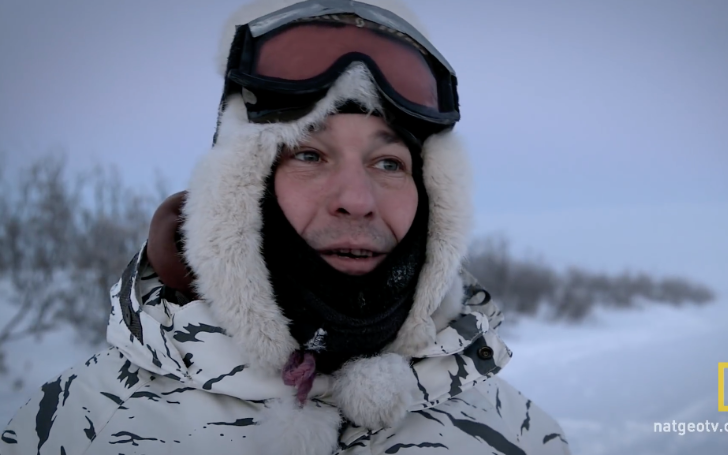 Chip Hailstone is a trapper, hunter, and reality television personality most known for his appearance on the documentary series “Life Below Zero” with his family. The documentary will be shown on the National Geographic Channel.

Life Below Zero is a documentary series that follows subsistence hunters daily and seasonal. Chip acknowledged popularity as a result of his hunting abilities.

The show depicts how these hunters spend their lives in remote areas of Alaska. Agnes Hailstone and her husband Chip were the two major characters in the show.

Hailstone and his family live in Noorvik, a rural area of Alaska where they rely on the land for survival. Their livelihood is based on the animals they hunt and kill and the old trading practice of barter.

Today we will be talking about the struggling lifestyle of Chip and how he was able to survive in Alaska along with their family. Furthermore, we will also talk about how this family made it into the well-received television show Life Below Zero.

Currently, there is no information about Hailstone’s schooling, whether he attended high school or not. However, his father taught Chip valuable techniques such as fishing, hunting, and craft-making.

His parents taught him about survival in the outdoors from a young age, instilling life-long skills and passion. Chip always loved the outdoors and outdoor sports.

Hailstone was 19 years old when he first visited Alaska; while his visit was intended to be temporary, it became permanent pretty soon. The 19-year-old man settled down in Noorvik by the Kobuk River, which has just about 700 people.

Hailstone began to trade with locals, making a living off hunting bears, seals, and walruses. Chip’s hunting and fishing endeavors were not only his way of life but his source of income too. Chip met his wife, Agnes, in this small town.

Since childhood, Hailstone had an enthusiasm for hunting, fishing, and craft. And being in the small town of Noorvik was the perfect place for him to pursue his interest and passion.

Chip was born on March 8, 1969. Hailstone is a hunter who hunts animals for survival; he is 53 years old.

Trapper Hailstone received a 15-month prison term after being found guilty on two charges of providing false statements and two counts of perjury. Chip spent 10 of 15 months in jail and was cleared from all convictions in late 2017.

Hailstone was under probation for using modern firearms, which led to his wife doing most of the shooting during their hunting session. Hailstone was convicted on two counts of perjury and one count of providing false information to officers.

Reports state that he claimed that an Alaskan State Trooper physically assaulted his then 17-year-old daughter, saying to the media that the officer had a submission hold on his daughter while trying to talk to him.

The other trooper present during the altercation disputed the claims, despite which Hailstone was still sure that it was an assault that left the family fearful of their lives. He filed a restraining order against the trooper but was still charged with perjury.

Chip’s fans expressed their disappointment in his conviction, with many believing that he was imprisoned wrongfully. Despite these events, the family continued to appear on television without him.

TV star Chip hailstone met Agnes, an Alaskan Eskimo Native member of the Inupiat Tribe in Noorvik. Chip has married Agnes for more than 25 years now. Together the couple continues to live and love in extreme temperatures.

Tinimiaq, Triqtaq, Mary, Caroline, and Qutan Hailstone are the children of Chip and Agnes. Despite the fact that Hailstone lives a self-deprivation life, the children are sent to school.

The eldest daughter was homeschooled at first and eventually attended a local school in Noorvik. Triqtaq graduated from Noorvik High School in 2015 and became a mother the following year, in 2016.

She played basketball with her sister Mary in her senior year. Caroline and Qutan, the youngest two, are learning the craft from their parents.

Agnes has two boys, Jon and Douglas, from a previous marriage. Both sons grew up as hunters and participated in the show from time to time.

Douglas is married to Gloria Iyatunguk, with whom he has five children. Jon is also married and has children.

Chip’s bother Willie made a debut on episode 7 of season 15 and since en has been featured on the show. In the show, Willie introduced himself as the better-looking and the taller among the brother.

Professionally, Willie works as a commercial fisherman. The duo was heading into the pond to fish for the first time after 25 years.

Soon they decided to go fishing and thought it was better to do so at -31 degrees. Chip and his wife hopped on their snowmobiles and reached their destination in an hour and a half.

Everything was going fine until Agnes realized their brother Willie was not following them. The duo backtracked to see what was going on.

Later they found out he was lying on a sled, and when they approached him, he was screaming. Surprisingly, the snowmobile crashed, and he broke his wrist during the accident.

During that time, Agnes was ready to dress his wounds, but clip decided that he should drive him to the clinic. Hopefully, his wouls were not as bad as they had anticipated.

Later Willie said that he was surprised to see how quickly the clip drove him to the clinic, and the injury hurt him very badly.

Although Willie’s injury was more or less bad, he started being in a good mood and said; what doe snot kill you makes you stronger.

His salary per episode is $4,500, and his annual salary of $45,000. Hailstone works hard for his family. The entire family is loved for their work on television. The documentary features a family that survives in extreme temperatures. Hailstone has a net worth of $200 thousand in 2022.

Hailstone and his family live in a region without electricity and internet. They are away from social media though they have influenced much on the social media due to their presence in the “Life Below Zero” reality TV.

Hailstone has affected the media by living in the wilderness of Alaska.