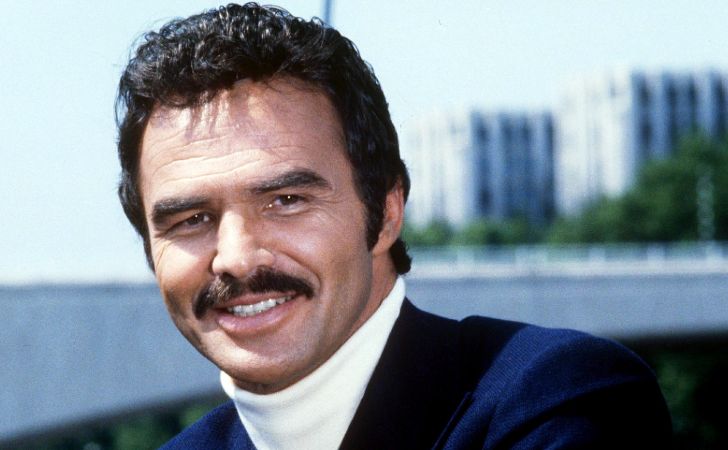 Who does not remember Burt Reynolds, who was considered a sex symbol in the 1960s and 1970s? Burt was an American film and television actor, director, and producer who was regarded as a sex symbol and icon of American popular culture.

Reynolds was named the world’s top box-office star for five years in a row (from 1978 to 1982) in the annual Top Ten Money-Making Stars Poll, a record he shares with Bing Crosby.

His origins are of Dutch, English, Scots-Irish, and Scottish descent. Reynolds claimed Cherokee and Italian ancestors as well.

Reynolds was selected First Team All-State and All-Southern as a fullback in 10th grade at Palm Beach High School, and he got numerous college offers.

Burt Reynolds in Smokey and the Bandit

Smokey and the Bandit (1977), directed by Hal Needham and co-starring Jackie Gleason, Jerry Reed, and Sally Field, was Reynolds’ biggest hit of his career. Reynolds had two major blockbusters with Needham’s automobile flicks, Smokey and the Bandit II (1980) and The Cannonball Run (1981). (1981).

If you enjoy automobile chases, check out Smokey and the Bandit on Netflix. It’s a fun, upbeat action picture from the 1970s that just gets better as it goes. The bandit, played by Burt Reynolds, is a famous figure. Sally Field’s presence is palpable, and her performance is enjoyable. The movie as a whole is just fun, fun, wonderful.

Quinton Anderson Reynolds is the only adoptive son of late Hollywood actor legend Burton Reynolds and the stunning actress Loni Anderson. Quinton, like his parents, works in Hollywood, although he is not as well-known as his parents, most likely because he works behind the scenes.

Quinton’s desire to live his life without the glamour, glitter, and press coverage of Hollywood distinguishes him from his parents.

He has worked as a camera person, a digital photography technician, an editor, a video editor, a post-production assistant, and a member of the electrical department, among other things. He has been working in Hollywood for at least ten years. His work in several film and television productions is exemplary. His career includes All I Want for Christmas (2013), Dear Secret Santa (2013), and The Three Musketeers (2011).

Many people were somewhat shocked when it was revealed that Burt Reynolds’ kid was intentionally left out of his father’s will. However, because he had previously established a trust fund for his kid, the late star made such a decision when he was still alive.

According to Daily News sources, the late Hollywood star claimed in his testament that he did not include his son in his testament because he had made arrangements for him in his Declaration of Trust while he was alive.

Burt Reynolds Cause of Death

Reynolds died from a heart attack on September 6, 2018, at the age of 82, at the Jupiter Medical Center in Jupiter, Florida. Reynolds’ private memorial ceremony was conducted at a funeral home in North Palm Beach, Florida, on September 20, 2018. Sally Field, FSU coach Bobby Bowden, buddy Lee Corso, and quarterback Doug Flutie were among those in present. Reynolds’ ashes were handed to his niece when his corpse was burned.

Burt Reynolds had a net worth of $3 million at the time of his death in 2018. Burt’s net worth was significantly greater than $3 million during the pinnacle of his career, according to sources, but he suffered from major financial troubles as a result of poor investments and overspending.

Burt’s net worth surpassed $60 million during the height of his career in the 1980s, according to his assessment. If we compare the sum in terms of inflation, it would be equivalent to about $150 million now after correcting for inflation.

Burt and Sally met on the set of the blockbuster film Smokey and the Bandit in 1977, and they dated for nearly five years. Sally portrayed Burt as domineering and aloof in her memoir, In Pieces, which was published less than two weeks after his death.

Although Sally said that her relationship with Burt was “very complex and traumatic,” she also admitted that it was “not without love and caring.”

Sally told The New York Times after Burt’s death that she was “flooded with sentiments and nostalgia” for him.

Burt’s marriage takes place twice in his life. Since 1963, Reynolds has been married to English actress Judy Carne. The divorce news comes through in 1965.

From early 1971 through 1975, he was in a relationship with American singer-actress Dinah Shore, who was 20 years his senior. According to reports, they were deeply in love but their relationship ended due to lifestyle changes.

Reynolds dated singer Tammy Wynette for a short time in the mid-1970s. From 1976 until 1980 (and then again until 1982), he was in a relationship with American actress Sally Field, with whom he acted in four films.

He later married Loni Anderson and had a son, Quinton Anderson Reynolds, but this marriage also terminated after 5 years. He went into a contentious divorce with Loni Anderson, and he ended up paying her a large sum of money, which led to Reynolds’ bankruptcy.

Burt, the actor, isn’t on any social networking networks. He had no Facebook or Twitter accounts. Fans across the world use the hashtag #BurtReynolds to share photos of Burt Reynolds.