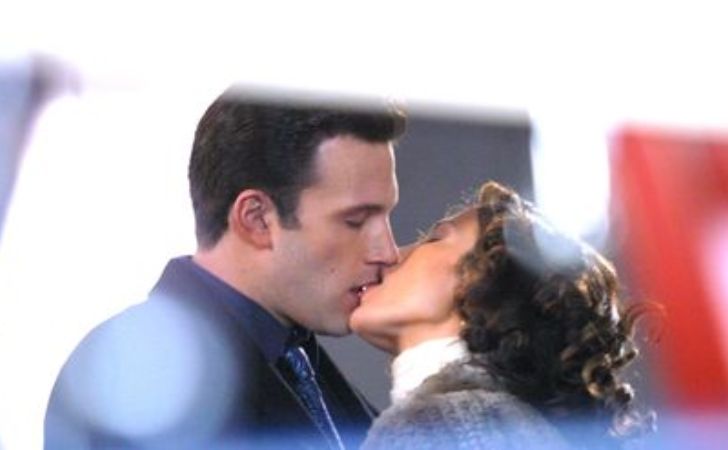 Well, the showbiz world has been blowing hot over some time now with the news of Jennifer Lopez and Ben Affleck getting back on together. With the help of social media, it has been official that Bennifer 2.0 is actually on the cards. The fans of Hollywood all around the world have been head over heels for this news.

The couple is seen praying together, going on vacations, and Ben Affleck is seen around the mother of Jennifer Lopez, which fixates the fact that they are together and the news is true.

At the end of it all, Instagram has given the fans news they were waiting on for a very long time. Or rather knew it was happening.

If you are deep diving into this article, you must know that Ben and Jennifer have already been engaged once and later split up their way. Yes, this moment happened way back in the year 2001. Their pairing was surely made in heaven, but the couple was not ready for what was coming ahead.

The timeline for their dating is quite an amazing thing to ponder. Ben Affleck, who is 49 years old, and Jennifer Lopez, 52, has been making it a reality again, and surely Bennifer 2.0 is already on the cards for the fans to see and be envious about. Here we will look through how their dating timeline has gone through.

This was the first instance that a small ray of light for the relationship took shape. Both the celebrities were in shooting for the movie Gigli. The film didn’t do too well at the box office and was a bomb, but their steamy relationship surely did. Interestingly Jennifer was married to Cris Judd, her second husband. After meeting with, Ben things changed, and the divorce filing came through.

This was the first time someone knew that fishy was the way to describe the relationship. Ben and Lopez were seen kissing each other at the friend’s birthday party. It was one of the first instances which left the world in awe.

After seeing each other for almost a year, the most awaited question just popped out of the scene. Ben Affleck was quick to pounce upon the query and proposed J. Lo with a 6.1-carat ring. How can someone say no to a ring such glamorous and a man who is such handsome and loving?

This was one of the worst dates for the couple. When Ben went into a strip club for shooting his paycheck, one of the tabloids shared that the actor was cheating. It further added that he was cheating on Jennifer Lopez.

This brought in huge controversy as to where the relationship was standing. Nothing went right after the news. As Ben denied anything of the cheating spree, Jennifer was seen not wearing the pink ring that brought in suspicions of something bad in the relationship.

When everything was going brilliant for the pair, things were on track. The friends and family were happy about the marriage that was going to happen. Catastrophe struck right at the same moment. The pair, just days before the wedding, called it off.

The primary reason for the split up came through as too much media attention, but nobody exactly knows why the couple made ways for each other. They further asked for some privacy as the hard time was upon them.

It was the same year when Ben Affleck first talked about their breakup. The Justice League actor stated that things weren’t right between them in the relationship. He further adds to the Tv show Live, ” Things were good between us, but the love happened too fast. Everything seemed very good and easily accessible, which was the problem.

On the other hand, J. Lo also added that everything went haywire after the media coverage took the roof. There were moments where the media personalities crossed the limits that affected our relationship big times. However, there was genuine love between us.

The first instance after 18 years shows that Bennifer 2.0 is actually on the cards. They have been seen together, but the pair have confirmed that they are just friends.

Both the love birds who call themselves friends are seen together. They are in Montana enjoying their holiday, or should we say, giving air to Bennifer 2.0, which can take big fire.

Bennifer 2.0 is taking rapid strides pretty quickly. Doing their regular workout at Miami Beach gym, the pair are seen kissing each other at private sessions. What more do you need to tell people that BenniferJune  2.0 is surely on the run. We are damn happy.

After a long tedious wait for the fans the muddle whether Bennifer 2.0 is a reality, the couple kissed in public. It was the occasion of Lopez’s sister’s 50th birthday when the pair locked their lips and left the world of showbiz in uttermost awe.

It was a special occasion for my birthday. Ben was seen very comfortable with the twin kids of Jennifer Lopez. They offered a good amount of food, and the kids also stated that Ben was pretty friendly and had a brilliant time together. Bennifer 2.0 is running at the speed of light.

If anyone would ever doubt whether Bennifer 2.0 is on the cards or not, well, it is. The particular instance of 26th July confirms everything with ease. J Lo was seen wearing a necklace that had the initials of Ben. This clears the air on the fact that Bennifer 2.0 is surely hot and running.

As August has come through, the greenery in the life of Bennifer 2.0 is also on the march. They have hardly been separated from each other. They are seen together no matter where they go. First, it was a vacation in Italy. Then came the Malibu beach walk along with Matt Damon as the companion.

Dinner dates with the kids along the way were seen happy and cheerful up against each other—the most specific one being that they are seen together at their Beverly Hills home. Jennifer Lopez is all in awe to make the shift towards the residence of Ben Affleck, which is the couple goals from Bennifer 2.0.

What can we expect from Bennifer 2.0?

Well, the expectation from the Bennifer 2.0 is something of a bitter-sweet experience. The mutual friend Matt Damon however, is pretty happy at where their relationship stands. Not a great advocate of true love, Matt Damon was in all support.

The Martian actor said in Carlos Watson Show,” No one is happier for them than I am. I am rooting for their relationship high and wide. They seem pretty excited right now at where they stand. Meanwhile, they deserve all the happiness in the world and look so well settled as a couple”.

As we look at the re-association between Ben and Jennifer, it can be tough to say what exactly they are looking forward to. With Ben being in the late ’40s and Lopez in her early 50’s they might look for something serious now.

If only the media doesn’t understand exponential their relationship like in the past, things might be pretty well going. We hope that their relationship is more of a marriage gig rather than a passerby. Fingers crossed for Bennifer 2.0.

Bennifer Got Married After 17 Years of Separation

Ben Affleck and Jennifer Lopez got married finally. Bennifer’s love saga has stayed for more than 18 years. After a year of knowing each other, Ben and Jen started dating in 2002. They were engaged in the same year. However, the engagement did not last. The couple parted their ways in 2004.

In 2021, Ben and Jen reconnected after 17 years of separation. It seemed they reconnected quickly and continued their dating. The internet is flooding currently with the recent news about Bennifer’s marriage. Lopez confirmed their wedding news in her newsletter. She also ended the letter with the name, Mrs. Jennifer Lynn Affleck.

According to reports, they married on the 16th of July 2022, Saturday in Las Vegas. Lopez posted a picture of her in bed with a wedding ring on Instagram. She also wrote on her website “We did it. Love is beautiful. Love is kind. And it turned out love is patient. Twenty years patient”

With this marriage, Jen is married for the fourth time. In 1997, she married Ojani Noa a Cuban actor and producer. Later, they divorced in 1998. Cris Judd, an American choreographer wedded Jennifer Lopez in 2001. Unfortunately, they got divorced in 2003.

Similarly, she married Marc Anthony in 2004. The pair stayed married for 10 years. Eventually, they separated in 2014. She gave birth to twins with Marc Anthony.

Likewise, Ben was married to Jennifer Garner previously. Affleck and Garner separated after some days after their 10th year anniversary. They have three children together. Reportedly, Affleck also dated Ana de Armas for 10 months in 2020.