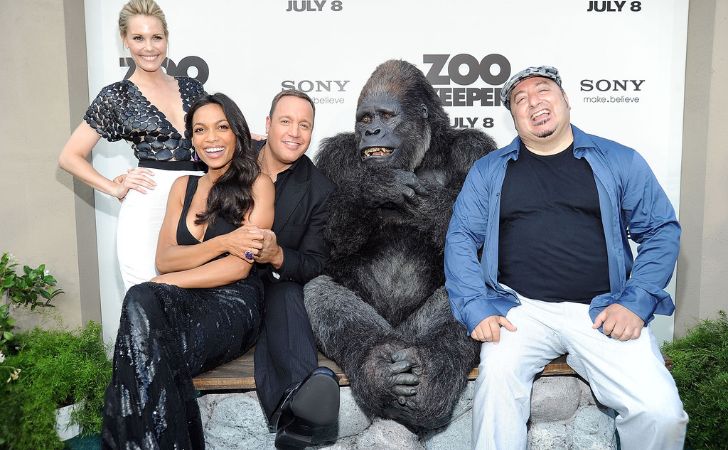 Zookeeper is an American romantic comedy film released in 2011. Columbia Pictures distributed the picture, which was released on July 8, 2011. Zookeeper features a star cast ensemble and is a feel-good film.

Frank Coraci is the director of the movie. Coraci is most recognized for his collaborations with Adam Sandler. He is well-known for his roles in films such as Blended, Around the World in 80 Days, and Zookeeper. Zookeeper stars Kevin James, Rosario Dawson, and Leslie Bibb, with Nick Nolte, Sylvester Stallone, Adam Sandler, Don Rickles, Judd Apatow, Cher, Jon Favreau, and Faizon Love providing voices.

Griffin, played by Kevin James, is the chief zookeeper at the Franklin Park Zoo, where he has a strong love for the animals. Griffin’s brother Dave proposes that he work at his auto dealership in order to meet his get his ex-girlfriend Stephanie back. Griffin chooses to leave the zookeeper job to pursue another career after failing to find a love interest.

Griffin’s decision to resign as a zookeeper saddens and intrigues the animals at Franklin Park Zoo.

The animals convene a meeting that evening because they believe Griffin is the finest zookeeper and want to help him win back Stephanie. The story gets exciting when it is revealed that animals can talk. The movie revolves around all the work Griffin does to get his girlfriend back and finding his destiny and what makes him happy.

Griffin Constantine Keyes Character is portrayed by Kevin James. He played the role of Franklin Park Zoo’s chief zookeeper in the movie.

Kevin James is a scriptwriter, actor, and comedian from the United States. He is best known for his portrayal as Doug Heffernan on the CBS sitcom The King of Queens (1998–2007), for which he received a Primetime Emmy nomination in 2006 for Outstanding Lead Actor in a Comedy Series.

Kevin James’s net worth is estimated to be $100 million in 2021. The majority of his income comes from playing key characters in movies and TV shows such as “Paul Blart: Mall Cop,” “Grown Ups,” and “The Dilemma.”, The King of Queens.

Rosario’s net worth is expected to reach $20 million in 2021. The majority of her earnings come from starring roles in films and television series. The actress has been in the profession for more than 20 years.

The beautiful actress keeps updating her fans about her upcoming projects. You can follow her on Instagram.

Leslie Bibb portrayed the character of Stephanie, Griffin’s hostile love interest, in the film Zookeeper. Actress  Leslie Bibb, born November 17, 1974, is a model and actress from the United States. This gorgeous 5’8” actress is most known for her appearances in films such as Tag, The Babysitter, Iron Man, and many others.

In 2021, Bibb’s net worth is anticipated to hit $6 million. Her revenues are primarily derived from starring parts in films and television programs. The actress has been in the business for almost two decades.

The stunning actress keeps her fans up to date on her forthcoming ventures. You can keep up with her on Instagram.

Joe Rogan played Gale, Stephanie’s ex-lover, in the film Zookeeper. Actor Joe is an American comedian, podcaster, and UFC color commentator who was born on August 11, 1967. This 5’6″ actor has featured on some television series, including Hardball and NewsRadio. He began working as an interviewer and colour commentator for the Ultimate Fighting Championship (UFC) in 1997.

Rogan’s net worth is anticipated to exceed $100 million in 2021. The majority of his earnings come from film appearances, podcasts, and his work as a UFC commentator. Joe is said to earn $30 million per year from his podcast, which includes sponsor readings and YouTube income.

Readers can follow Joe Rogan on his Social media platform:

Animals’ voices in movies Zookeeper were provided by the following famous actor and actress.

We believe Kevin James was the ideal choice for a character like Griffin. We particularly like his performances in “Here Comes The Boom” and “Grown Ups.” The twist in “Zookeeper,” on the other hand, surprised me. Animals talking and gentle background music may make us joyful on a bad day.

It’s a humorous film with a powerful message. the movie hardly a cinematic masterpiece, but that was never the objective; it’s just an entertaining, heartwarming film with convincing characters and terrific performances.