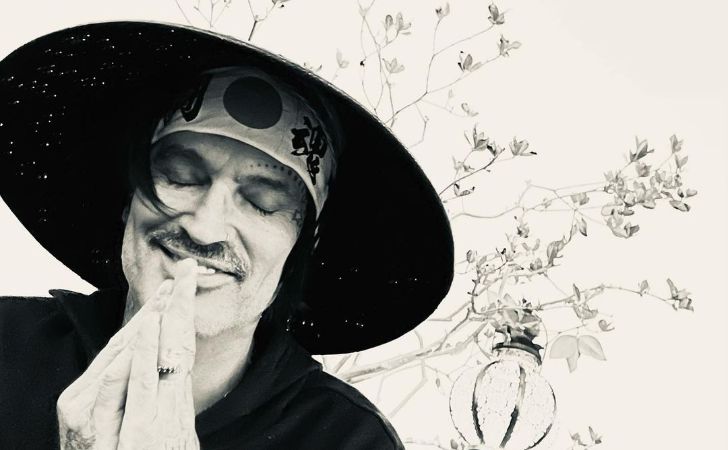 Tommy Lee is an American musician and one of the biggest names in the heavy metal music scene. He has been actively working in the music industry for more than five decades now.

The rock star has worked with many popular musicians and collaborated in making legendary songs. Lee is from a humble background and dreamt of becoming a musician as a teenager. This initial interest turned into his professional career when he dropped out of his school to pursue music.

Tommy Lee was a drummer for the band he helped found. Lee has also written songs for many singers as well as for his own band. The musician has been able to work for popular music labels like Leathur, Elektra, MCA, mau5trap, and many others.

Lee along with his friends found a band named Motley Crue in 1981 which was a big hit. It quickly amassed a dedicated fanbase which helped him gain nationwide fame.

Talking about Tommy Lee’s age, he is 59 years old as of writing. The musician was born on the 3rd of October in the year 1962. His interest in music began growing from a young age.

Lee had started listening to rock and heavy metal music from his early teenage years. He was a particular fan of legendary drummers like Tommy Aldridge, Alex Van Halen, etc.

Tommy Lee stands at a height of 6 ft 2 inches and weighs around 78 kgs. The musician has hazel-colored eyes and dons long black hair. The tattoos on his arms and necks complement his overall look.

Tommy Lee was born in Greece to an American father and Greek mother. His father David Lee Thomas Bass was a sergeant in the US Army. Lee’s mother Vassiliki Voula Papadimitriou was a model.

She participated in the 1957 Miss Greece Beauty Contest. Lee has a younger sister. Although he was born in Greece, Lee along with his family members came back to California, United States where he spent most of his childhood and early life.

Lee received drum sticks as a gift on an occasion when he was four years old. He began learning to play drums and got his first drum kit in his teenage years.

Lee started taking music more seriously and finally dropped out of high school to pursue a career in music. He along with his friends founded a band named Suite 19 and performed mostly in local clubs. His influences in music include Van Halen, Cheap Trick, Sweek, Led Zeppelin, et cetera.

A career at Motley Crue

With his passion for music, Lee ventured into the world of music forming a band named Suite 19 along with friends in the early 1970s. He met other musicians early in the journey who went on to become his lifelong friends.

During this period, he performed along with other bands like Van Halen and Quiet Riot in the Sunset Strip Club circuit. Lee soon left the band to find another.

In 1981, Lee along with Mick Mars, Nicki Sixx, and his high school friend Vince Neil founded Motley Crue which helped him get international success.

Motley Crue went on to become a wildly successful band and has sold over 100 million albums to date. After amassing a strong fan base, Motley Crue released their first album titled Too Fast for Love.

The album was initially released under their own label but was later signed by Elektra Records. Tommy Lee was known for his flamboyant attitude in the concerts. He often mooned during concerts. He left the band in 1999 citing personal reasons.

After leaving Motley Crue, Lee formed his own band named Methods of Mayhem and released their first album. He collaborated with many other artists like Stuart Hamm, Rob Zombie, et cetera.

In recent times, Lee has toured with his fellow member DJ Aero as well as Methods of Mayhem. The music star has also appeared in tv shows like Tommy Lee Goes to College, Battleground Earth, etc.

Tommy Lee has had a total of four marriages to date. His first marriage was with Elaine Starchuk in 1984 but ended in divorce just a year later. He later married actress Heather Locklear in 1986. It also ended in divorce after seven years in 1993.

Tommy Lee met Pamela Anderson in 1995. He felt an instant connection with her and married after four days of their initial meeting. He has two children from his relationship with Pamela Anderson. They divorced in 1998 for personal reasons.

Lee began dating Brittany Furlan in the early months of 2017. The couple revealed that they were engaged in 2018 and subsequently tied in the knot in February of 2019.

Born to Italian American parents, Furlan is a popular internet celebrity and actress. She went viral with the rise of the short video app Vine. The actress was on the 2015 list of influential personalities on the Internet.

Both of them have been doing a pretty good job together. Be it Tommy or Brittany they are pretty hooked up on their careers. With no information on extramarital affairs, it is pretty settled between the pairs. Interestingly both of them bore no children’s to this point in time.

Tommy Lee is quite wealthy and has an estimated net worth of around $79 million. The musician has amassed wealth thanks to his work in several albums as a solo artist as well as a band member of Motley Crue.

Lee has also made several investments in real estate. He bought a home in California for around $4.65 million. There aren’t any specific details surrounding his other investments as of yet.

For the musical career that Lee has celebrated, the earnings are never an issue. Tommy is a fun-loving personality who likes to talk a lot. But the information regarding the cars and mansions is not available in detail.

His musical career is still on the rise. This means that the net worth of the singer is bound to rise through the ranks. With his band doing the best of things, the net worth will only go one way and that’s up.

Tommy Lee is active in almost all of the major social media sites and has a massive follower base. He particularly uses his Twitter account to interact with his fans and Instagram to share pictures of his daily life. Lee is also present on Facebook.

Yes, Tommy Lee is still indeed quite rich. He has an estimated net worth of around $70 million as of writing thanks to his successful music career.

As of 2021, Tommy Lee has been married a total of four times. The music star is currently married to celebrity and actress Brittany Furlan.

Tommy Lee was born in Greece but he spent most of his early years and later adult life in America. He currently holds American Citizenship.

Tommy Lee and Pamela Anderson met at a club. During the time of the meeting, Anderson was a Playboy Playmate Model and had even worked as an actor in several movies.

Tommy Lee currently enjoys his life in semi-retirement with his wife in LA. He also owns a recording studio as well as manages a farm with some animals.