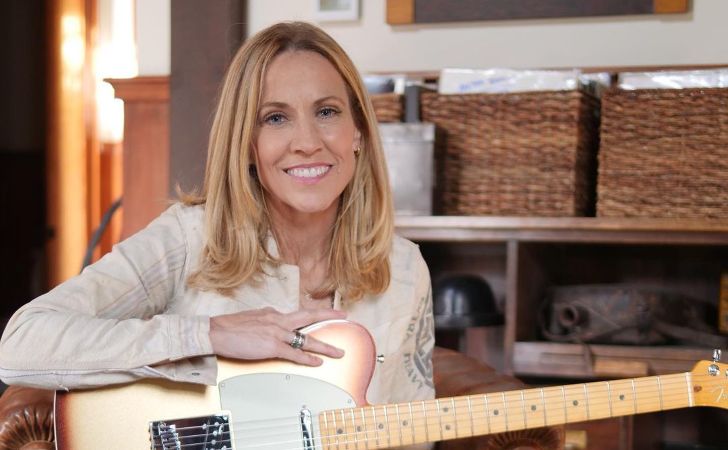 Sheryl Crow Songs has been chartbusters and viewer’s favorite for a very long time. You may know her as a successful singer, but there is more to her personality. In this article, join me to unravel Sheryl Crow career and other aspects of her life.

Sheryl Suzanne Crow is a country singer, songwriter, and actor from the United States. For many years, she has been a loved singer, winning several Grammy Awards. She has a long and illustrious music career, having recorded eight studio albums, two compilation albums, a live album. She has also sung several songs for Hollywood films such as Tomorrow Never Dies, Cars, and others.

She was raised in a caring and encouraging atmosphere in Missouri, and her parents were always supportive of her desire to pursue music, which she began at an early age on the piano. She began providing backup vocals for well-known musicians such as Michael Jackson, Tina Turner, The Rolling Stones, and others once she was certain of what she wanted to accomplish with her life.

Her debut album, Tuesday Night Music Club, was a great success, earning her three Grammy Awards and a large fan base. Her music is famous for its distinctive blend of pop, rock, country, and folk. Likewise, she has also dabbled in acting, appearing on shows such as One Tree Hill, 30 Rock, and Cougar Town, among others.

Sheryl Crow was born in Kennett, Missouri, on 11 Fеbruаrу 1962, to Wendell and Bernice Crow. Kathy and Karen are her older sisters, while Steve is her younger brother. She had a natural affinity for music and began playing piano at the age of six.

Crow graduated from Kennett High School in 1984 and went on to the University of Missouri, Columbia. She used to perform in a local band named Cashmere when she was at the university.

Crow began working as a music teacher in an elementary school in St. Louis in 1986. And after graduating from university, she soon relocated to Los Angeles. She worked as a backup vocalist and recorded jingles for commercials in Los Angeles.

Crow has had relationships with several celebrities, including Owen Wilson, Eric Clapton, Lance Armstrong, and others. Crow was engaged to Lance Armstrong for a while, and Armstrong was reported in the press several times as stating that Crow’s music healed his disease.

In 2006, Sheryl was diagnosed with breast cancer and had to undergo radiation therapy. Her therapy was effective, and it was overseen by Kristi Funk, a breast cancer surgeon in Los Angeles. Meningioma was subsequently discovered to be the cause of her death.

Net Worth | How Much Does Sheryl Crow Earn?

Sheryl Crow is a singer-songwriter and musician from the United States with a net worth of $70 million. Crow has sold more than 50 million records worldwide during a career that has taken her across genres such as pop, country, jazz, rock, and many more. Critics have recognized her contribution to the world of music, and she has received several accolades, including nine Grammys. Sheryl has also appeared on various television shows as an actress.

Crow’s money has been accumulated exclusively from her contacts in the music industry, including album releases, tours, and music streaming, since she has largely focused on music, seldom expanding into other companies like lifestyle or clothing brands.

Rumors arrive through of crow paying $650,000 for three acres of land in Nashville in 2014. This totals roughly 16 acres, and it’s unclear what she wants to do with the undeveloped area, which has seen little development aside from a few docks along the Cumberland River. Then, Sheryl Crow spent $1.2 million in 2015 on another property in Nashville. The home is approximately 4,500 square feet in size.

Currently, Sheryl Crow is active on two social networking sites. Let’s have a look at it.