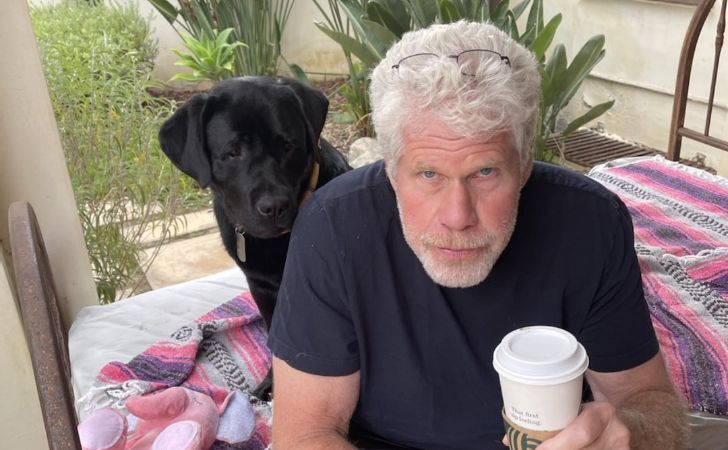 Ron Perlman is an American celebrity and actor. He is most popularly known for his work in the film series Hellboy. Perlman has been active in the film industry for more than four decades now.

Apart from working in the movies as an actor, he has also worked as a producer as well as a director. Perlman has shined in most fantasy genres.

He has worked in multiple sci-fi as well as fantasy movies where his work has been appreciated both by audiences and critics.

Unlike other celebrities, Ron Perlman has often been clear about his political inclinations. He has mostly supported Democratic Candidates in the US Elections.

Apart from politics, Ron Perlman is also active in charity. Talking about his profession, Ron Perlman started acting professionally relatively late. He was close to his thirties when he got his first role in a tv-series.

Born on the 13th of April in the year 1950, Ron Perlman’s age is 72 years as of writing. Perlman is still active as a lead actor at this age, working in movies like Don’t Look Up, The Last Victim, Nightmare Alley, et cetera.

The first role of his career was as a character named Dr. Bernie Marx in a tv-series named Ryan’s Hope. Speaking about his physique, Ron Perlman has quite a muscular personality.

He stands at a height of 6ft and weighs around 83 kgs. Perlman has blue-colored eyes and gray hair. He often likes to keep his hair short.

Ron Perlman was born in New York to Dorothy and Bertram Perlman. His mother, Dorothy, was an employee in a municipality, whereas his father, Bert Perlman, was a television repairman.

Perlman’s father was also interested in drumming and played jazz professionally. His father was the person who suggested that he pursue a career in acting. Perlman had a Jewish upbringing.

While in his early teenage years, Perlman had body image issues. He felt as if he was overweight but assured he had a normal childhood.

Talking about his studies, the actor completed his high school studies at Washington High School. For his higher studies, Perlman enrolled at the University of Minnesota.

He graduated in 1973 with a degree in theatre arts. His interest in acting grew while he was in college.

Before working as an actor in front of the camera, he was mostly involved in theatre plays. After his first role in the tv-series Ryan’s Hope, Perlman dedicated most of his time working in movies and tv-series.

In his early years as an actor, Perlman mostly played minor and supporting roles in movies and tv-series. His first big role was in a tv-series named Beauty and the Beast, where he starred alongside Linda Hamilton.

His role was loved by both the audience as well as critics. Perlman’s first major role in a movie was in The City of Lost Children. Marc Caro and Jean-Pierre Jeunet directed the movie.

Ron Perlman has also done plenty of voice-over work in his career. He also has numerous awards for his voice acting.

Some of his popular works include The Batman, Doctor Double Xm Batman: The Brave and the Bold, et cetera. Perlman has even voiced video game characters.

He voices the character Jagger Valance in The Chronicles of Riddick: Escape from Butcher Bay, Rust in Payday 2, et cetera.

Perlman had been married to Opal Stone for 38 years before getting divorced in 2019. They tied the knots in February of 1981.

He has two children from his relationship with Opal Stone, namely Blake Amanda Perlman and  Brandon Avery Perlman. Either of them has not revealed the reason for their divorce.

Perlman is great friends with the director and writer Guillermo Del Toro. Toro reportedly helped him land the role in Hellboy, which made him a household name in America.

Ron Perlman has always been outspoken and blunt. He said in an interview that he knowingly pissed on his hands before shaking it with Harvey Weinstein.

After getting away from Opal Stone in a relationship, sources claim he is dating Allison Dunbar. Both of them have been seen kissing publicly, which shows their openness about the relationship.

Although they are open about their relationship, nothing about engagement or getting married has come out.

This famous actor will be in good shape and health in 2022. However, he suffered from myeloma and is very much vocal about it

The actor seems to talk much about this as his brother-in-law suffers from the same disease. His in-law used to work three black away from the World Trade Center when the 9/11 befell and invited tragedy.

There is no denying that the incident took many lives, and several people were exposed to the poisonous gas. Henceforth they suffer from chronic diseases, and one of them happens to be Cancer. He elaborated that,

“There are still victims of 9/11 who are walking around, who lived and worked in the neighborhood through those years, and are only recently beginning to suffer — either through respiratory illnesses or, in my case, cancer.”

Perlman still recalls the time when he watched his brother-in-law going through the process when he was diagnosed. He closely watched the frustration of trying to figure out how to get proper treatment.

There were lots of trial and error where he thought they were getting good results, which later turned out to be the dead ends.

The news flashed until people read his memoir. Along with the fans, his family member, including his wife and mother, was shocked to witness what he had gone through. The actor disclosed,

“It was not my intention, but I realized I would help some people, knowing that it is not just them. They are not alone. It can happen to anybody. It can happen to the guy playing a badass on Sons of Anarchy.”

In contrast, the actor also hopes that this fact does not kill his mother when she reads it. It was a shock to anybody.

Talking about his political inclinations, Ron Perlman has mostly supported Democratic Candidates in elections throughout America. He has also been a critic of former President Donald Trump.

He has publicly criticized Donald Trump for his policies. Perlman even talked about his desire to run for US Presidency in 2016 but did not do so for unknown reasons.

He supported Kamala Harris during the democratic primary for the Presidential Election of 2020.

Talking about his net worth, Ron has an estimated net worth of around $8 million. Ron Perlman has earned most of his wealth working as an actor.

He also has brand deals with many multinational companies. There isn’t any specific information about investments he has made.

This Hellboy actor has multiple awards up his sleeve in various categories. His first major award was a Golden Globes Award which he won for his role in the tv-series Beauty and the Beast.

He has been nominated twice for a Primetime Emmy Award but hasn’t won yet. Perlman recently won an award at the Moscow Indie Film Festival for his supporting role in the movie Havana Kyrie.

He has 14 award-winning and 16 nominations to date in his career.

Ron Perlman is currently healthy. But he had quite a bit of medical complications recently, as both of his kidneys failed in 2016, and he had been in dialysis continuously for two years. He also had pneumonia in the same period.

Ron Perlman grew up in a Jewish Family and is also Jewish. But he has not talked about his religion and spirituality in detail as of yet not is known if he is practicing Jewish or not.

Ron Perlman has one daughter named Blake Amanda Perlman. She is 37 years old as of writing. She has remained low profile most of her life and does not like unwanted media attention.

Ron Perlman played Hellboy in 2004 when he was 54 years old. He again went on to play a role in the second movie of Hellboy in 2008.