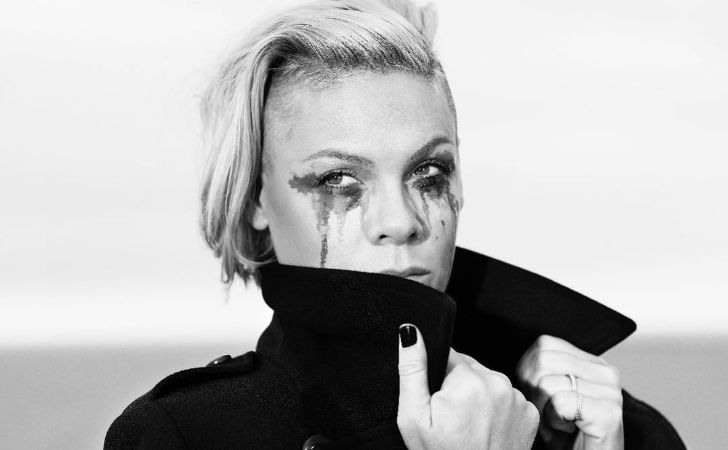 Are you one of those people who listens to Pink songs and is fascinated with them? If so, read on to learn more about the singer, her personality, age, and career path in the music industry.

Pink is an American singer-songwriter who has been successful in all of her endeavors. She had a natural talent for singing and songwriting, and she began composing lyrics with deep meanings as a youngster. Pink joined a band in high school and eventually established her band called Choice.

A. Reid, a musician, heard this band’s song and approached Pink. Pink decided to pursue a solo career after consulting with Reid. She recorded songs for her album and other singers, and she even composed songs for them. The first single from her debut album, There You Go, became a massive hit for her, proving Reid’s advice was correct.

The singer then continued to release albums with singles that were instant hits. She even reached the top ten on the Billboard Hot 100 list. Her concert tours were also a huge success, and they helped her establish herself as a worldwide singer.

This brilliant singer-songwriter also pursued a career as an actor, receiving critical acclaim for her role in the film Thanks for Sharing. She has worked with various artists, and several of her projects have been different and successful. This multi-talented artist is still working on her craft and has a long way to go.

Let’s get started and know about how she began her career and more about Pink songs.

On September 8, 1979, in Doylestown, Pennsylvania, the singer was born to Jim Moore and Judy Moore and was named Alecia Beth Moore. Her mother was a nurse, and her father was an insurance agent. Sadly the parent’s divorce coming at 14 years hurt her.

She attended Central Bucks High School West, and she had asthma as a kid. She acquired a passion for singing and was even a member of the Middleground high school band. Her mother also said that her lyrics were deep. She even composed songs to express her feelings.

She began performing in bars in Philadelphia while she was in her early adolescence. Henceforth all the performance brings in the stage name Pink. The singer also joined the Basic Instinct band; unfortunately, the band disbanded soon.

A. Reid, a musician, heard this band’s song and approached Pink. Pink decided to pursue a solo career after consulting with Reid. She recorded songs for her album and other singers, and she even composed songs for them. The first single from her debut album, There You Go, became a massive hit for her, proving Reid’s advice was correct.

At the 2001 X Games in Philadelphia, Pink met professional motocross rider, Carey Hart. Pink proposed to Hart in June 2005 after a Mammoth Lakes motocross event, after a brief separation in 2003.

Then on January 7, 2006, they married in Costa Rica. Pink and Hart confirmed their separation in February 2008, after months of rumors.

During their separation, the pair sought marriage therapy in the hopes of reconciling. Pink stated that she and Hart were back together in February 2010. Hart also appeared alongside Pink in the music videos for her songs Just Give Me a Reason, True Love, and Just Like Fire.

Pink announced on The Ellen DeGeneres Show in November 2010 that she and Hart were expecting their first child.  Willow Sage, their daughter, was born in June 2011.  Jameson Moon, their second child, was born in December 2016 to her and her husband.

Net Worth | How Much Does Pink Earn?

Pink was the highest-earning female touring artist in 2013, with earnings of well over $20 million. She had also shown her charitable side on occasion, most notably in November 2017, when she contributed about $500,000 to Hurricane Harvey victims.

The superstar has an astounding net worth of about $175 million and has sold a record amount of over 40 million records.