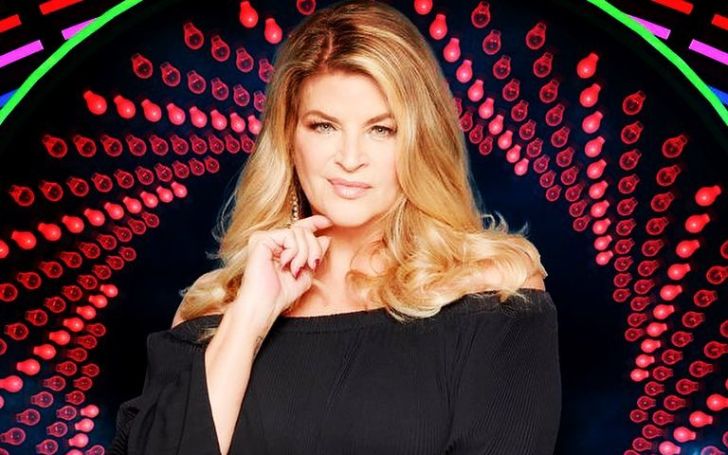 Kirstie Alley is an American celebrity, producer, and actress. She has been actively working in the show business for around five decades. She is a multi-talented persona and has worked as a producer, actress as well as a model for quite some time.

This famous actress has often starred in popular tv and reality shows like Celebrity Big Brother, where she came as a contestant. She has worked with popular actors like William Shatner and Ricardo Montalban.

She has recently not been active in movies but shifted her focus to tv-shows. She received Emmy and Golden Globe nominations for work in the tv-sitcom named Veronica’s Closet.

The tv-show was aired between 1997 and 2000 on NBC. This show helped her gain back her falling popularity as an actress. She has also tried her hands as an author. Her books mostly deal with her life and experiences as an actress in show business.

Let’s learn some quick facts about her life:

Talking about her age, Kirstie Alley is 71 years old as of writing. She was born on the 12th of January in 1951 in Kansas. Her father’s name is Robert Deal Alley, and her mother is Lillian Alley.

She has two siblings who are both younger than her. Kirstie completed her high school studies at Wichita High School. Alley later went to Kansas State University for her higher studies but didn’t continue after her first year.

Kirstie soon went through a tough time as her mother was killed in an accident, and her father was fatally injured. Her career skyrocketed after debuting in Star Trek II: The Wrath of Khan.

Speaking about her physique, Kirstie Alley stands at a height of 5 ft and 10 inches. She has green eyes and reddish-brown hair. She had remained fit and healthy all her life, but things started changing during the early 2000s.

Kristie Alley was involved in a bit of a controversy because of a weight loss product she endorsed. She worked as a spokesperson for a company named Jenny Craig. Alley claimed that its products helped lose as much as 24kgs after using the product.

She also later said that weight loss products from her own company Organic Liaison helped her lose around 45kgs. This caused a lawsuit against her which was later settled with a payment of $130k.

Kirstie began dating Bob Alley in high school. She also later went on to marry him in 1970. The marriage ended in divorce just seven years later, in 1977. She then married fellow actor Parker Stevenson in 1983.

After an incident of miscarriage, she adopted two children as her own. She adopted her son William in 1992 and later adopted a girl named Lily in 1995. ]Alley and Parker Stevenson ended their marriage with divorce in 1997.

Alley reportedly went through a program run by the Church of Scientology named Narconon. The program helped her get out of her cocaine addiction.

Alley reportedly donated around five million dollars to the Church of Scientology in the late 2000s. She also owns a house in Clearwater, the USA, known as Scientologists’ informal headquarters.

Speaking about her politics, she mostly became active in recent times. She announced in 2015 that she wouldn’t be supporting Hillary Clinton in her Presidential Election of 2016.

Alley even tweeted in support of Donald Trump but later retracted it. She again supported Donald Trump in the 2020 Presidential Election. Alley also supported the rioters involved in the Capitol Riot.

Kirstie Alley won her first major award in 1991 at the Golden Globe Awards. She was awarded the Best Actress in Television Series for her work in Cheers.

Alley also received People’s Choice Awards for the same work. She won the Primetime Emmy Awards in 1993 again for her work in the tv-series Cheers. She has been nominated for a total of 36 awards and has won six in her career.

Kirstie Alley has an estimated net worth of around $40 million as of 2022. Most of her wealth is thanks to her work as an actress.

She has also earned quite a bit of money from the works of cinema she has produced. Alley also owns a property in Los Angeles, which she bought in 2000 for around $2.988 million.

In response to the Maksin Chmerkovskiy posted on social media to educate the star amind all this confusion. He stated,

“Dear Kirstie, We have not spoken in a while. Still, I clearly remember being right next to you while you were organizing trucks of aid during Hurricane Sandy. I remember all that you were saying to me about situations where innocent [people] are suffering. That same energy is needed right now. No one needs your prayer if you don’t know what’s real or fake.”

As a matter of fact, the dancer was born in Odesa, Ukraine, and later immigrated to the United States in 1994. In the interview, he also said that there is a reason why this parent fled the country.

It was not because that Ukraine was not good, but his parents feared that their kids would see war. He also confessed that he would be in his hometown defending the country if they hadn’t left during that time. In addition to this, Maksin also said,

“I find it ridiculous for an adult human being to ‘disconnect’ from someone. But everyone is entitled to their insanity.”

Kirstie Alley is one of the most active social media users among her generation of actors. She often uses her social media accounts, mostly Twitter, to interact and communicate with her fans on the site.

She is also active on Instagram, which she uses to post pictures of her product and her daily experiences. You can follow her at the link below.

Yes, Kirstie Alley and John Travolta are indeed friends. They met during the shoot of a popular movie named Look Who’s Talking. She stated in an interview that John Travolta has been one of her best friends for more than 25 years.

Kirstie Alley has had two marriages both of which ended in divorce. She isn’t currently married and has not had any known relationship after the end of her second marriage in 1997.

Kirstie Alley currently runs her podcast, Onn The Verg,e where she talks about her life as a model.

Yes, Kirstie Alley is indeed a published author. She has written two books in her career. Her first book was “How to Lose You Ass and Regain Your Life” and her second book was “The Art of Men”.

For the time being, this famous actress has been highly active on social media platforms. She spends time with her fans as well as the haters.