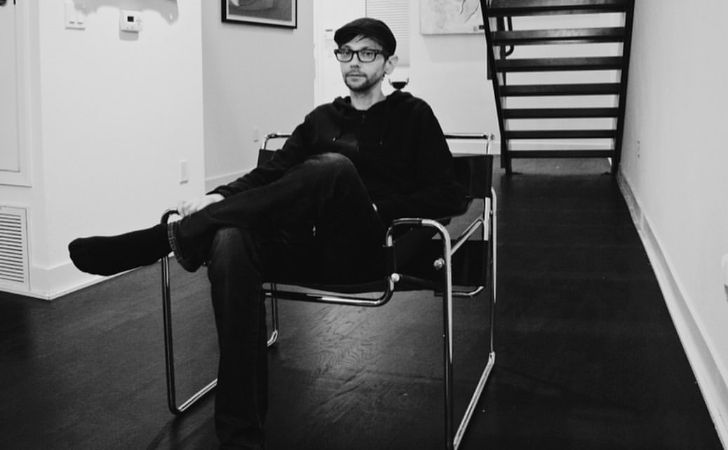 DJ Qualls, whose real name is Donald Joseph Qualls, is a trendy actor and fashion model. Qualls became famous for various TV shows such as Breaking Bad, Supernatural, The New Guy, and other shows.

Donald is also a leukemia survivor, which severely impacted his body from a young age. The treatment also left his family in poverty, making him ambitious to earn money.

He wanted to secure himself and his family financially, so he started to accept every role he used to get. After tons of years of experience, DJ Qualls now gets lots of respect and is a recognized member of US actors and performers.

Suppose you are also a fan of DJ Qualls and his versatile acting, along with his inspiring story. Please check the article below.

Let’s begin with the quick facts about The New Guy actor.

Donald has four siblings, but many people confuse actress Lauren Lapkus to be his sister. However, Lapkus has denied it several times but understands why fans would be mistaken.

Donald Qualls went to Manchester, Tennessee, where he joined the local school. But at the time he was 14, DJ Qualls was diagnosed with Hodgkins Lymphoma cancer.

Qualls had to receive treatment and chemotherapy for almost two years. His cancer became dormant and went to remission, but it already did severe damage to his body.

Qualls was exceptional in music, so he decided to join Red Raider Band. DJ Qualls then got graduated in English from Kings College in London.

Qualls also wanted to study law to make more money, so he tried to join the University of London but changed his mind. He instead decided to learn acting and went to Belmont University to become an actor.

DJ Qualls body measurements are not known; however, he wears the shoe size of 10 US. Qualls hair color is brown, and he has blue color eyes.

DJ Qualls zodiac sign is Gemini which indicates why he has such comedic timing. Generally, male with the Gemini zodiac sign tends to be prankster, playful, and full of mischief.

Qualls is American regarding nationality and belongs to white ethnicity. Donald follows Christianity as his religion.

Qualls has a very lean and slender body due to his chemotherapy which impacted his growth and metabolism.

Talking about his sexual orientation, Donald has come out as gay. At first, DJ was worried about the outcome of his announcement, but he soon stopped worrying and came out.

DJ Qualls is a very entertaining person who likes to have fun, especially with his friends and family. Qualls enjoys long trips and relaxing vacations all around the world.

DJ Qualls has been in the acting industry for over a decade now and has contributed to lots of outstanding performances. However, he has not been blessed by awards and accolades though.

Qualls has only one nomination for the movie Hustle and Flow. DJ Qualls was nominated for Screen Actors Guild Awards for Outstanding Role by a Cast in a Movie Category.

Unfortunately, Qualls did not win the award. Nevertheless, Donald has been a pioneer in acting and entertainment for many people worldwide. He still has a massive fan following equal to any prestigious awards.

DJ Qualls is still single and is not ready to get married yet. He is also not dating anybody at the moment. Qualls has stated he is a nerd and likes to enjoy everything first. He wants to achieve all his goals before he takes on the responsibility.

DJ Qualls has also stated he is gay and prefers a nerd like him. Someone who likes to play games, watch movies, and love comic books attracts Donald.

There has not been much rumor about whether he has been dating anybody or was seen together with someone. It is safe to assume Donald is having fun with his life and focusing on his career at the moment. DJ Qualls also does not have any children to date.

DJ Qualls has not been in any controversy to date; however, he hinted at being afraid of coming out as gay.

Qualls stated he often wondered if it was the right thing to do and eventually thought yes. He has stated that he is now relieved and happy that his friends, family, and fans support him.

As of 2022, DJ Qualls has an estimated net worth estimated to be $6 million. Qualls has earned a lot in his career, especially from his acting career.

Along with acting, Qualls has also earned from being a fashion model for several brands such as Prada and several photographers.

According to the online reports, DJ Qualls earns over $30k per month approximately and over $5 million annually.

This actor has amassed many fan followings from his famous character in several TV shows and movies. He is one of the social media fan favorites at the moment.

Yes, he is gay. After hiding it for many years, Qualls revealed he was gay in a Twitter Post.

As of 2022, DJ Qualls has an estimated net worth of approximately $6 million. Qualls mainly earns from his acting career.