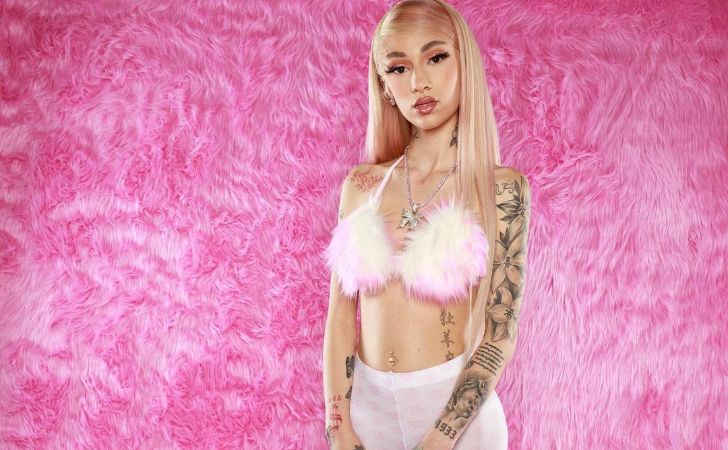 Bhad Bhabie whose real name is Danielle Peskowitz Bregoli is a popular rapper, musician, and fashion guru who became famous from Dr. Phil’s show. Her catchphrase “Cash Me Ousside, How about that” became massive in TikTok clips and social media as social media branded her as “Cash Me Outside Girl”.

She became famous when her statement was used by a popular DJ to create a single which also became viral all over social media especially TikTok and Instagram.

Bhad Bhabie then stormed the music industry with her super hit songs such as These Heaux, Hi Bich, and Babyface Savage which became one of the most downloaded and streamed songs on the internet.

She also released her mixtape titled 15 which became even more famous and her beauty product Copycat Beauty which she received millions and the product sales also peaked boosting the sales by double.

If you are a massive fan of Bhad Bhabie then you have come to the right place so let’s begin with some quick facts about her.

Who is the mother of Bhad Bhabie?

Bhad Bhabie or Danielle was born in Boyton Beach, Florida, USA. Her father’s name is Ira Peskowitz and her mother’s name is Barbara Ann Bregoli. However, they got separated when Bhad was just an infant but the reason has never been disclosed by anybody.

Bhad’s mother was descended from Italy whereas her father was Jewish. Her father was a Sheriff’s Deputy however she was only raised by her mother which is why she became very notorious and mischievous when she was a young girl.

When she was a young teenager she was accused of stealing a car and framing her mother by her mother herself in the Dr. Phil show. It somehow turned her career however it also highlighted how damaged Danielle was when she was a teenager. Due to music, she was capable of turning her life around.

What is the height of Bhad Bhabie?

She was born on 26th March 2003 which indicates her age to be 19 years old as of 2022. Bhad Bhabies zodiac sign is Aries which showed her personality to be determined and hardworking. However, she would come across as a bit selfish and stubborn for her own rights.

Regarding her appearance, Bhad Bhabie has dark brown eyes color whereas her hair color is black. She is American regarding nationality and belongs to Mixed ethnicity. Bhad follows Christianity as her religion as she was raised in a Catholic family.

Bhad Bhabie first started her career as a reality TV star in the Dr. Phil show where she was accused of stealing the car and even tried to frame the murder on her mother.

Her mother started to Dr. Phil she has given up on her 13-year-old daughter who is unsavable. Danielle began to get angrier as the studio audience laughed at the behavior of Bhad Bhabie.

She angrily snapped on the audience stating Cash Me Ousside Why don’t you which became a girl and Bhad Bhabie was regarded as Cash Me Outside Girl.

However, on the bizarre turn of events, her appearance on Dr. Phil Show proved to be the rise of stardom in her musical career. The popular DJ Suede who is regarded as The Remix God recorded the catchphrase of Bhad Bhabie and turned it into a single.

The song became so popular that it was included in Hip Hop Charts and Billboard Hot 100. After going viral from the snippet of her voice, Danielle decided to pursue her career in the music industry.

She met her manager Adam Kluger who was also looking for a new face to introduce to the music industry. The duo first met in early 2017 and then the rest is history.

After months of recording and learning to sing, In August 2017, Bhad Bhabie released her first single titled “These Heaux” which is pronounced These Hoes which immediately went viral and landed in the Top 100 Hot music at number 77.

It made Danielle the youngest rapper to ever have a song in the Hot 100. After the massive success of the single These Heaux, she signed the multi-million lucrative record deals with Atlantic Records despite having several record deals offering her a large sum of money.

After signing with the record productions, she kept her stage name “Bhad Bhabie” and then released her second single named Hi Bich in September 2017. The single became even more popular and landed at No 68 position on the Billboard Hot 100.

Hot Bich was produced by popular DJ Ronnie J and also debuted on US Hot R&B/Hip-Hop Songs on number 29. The Association of America rewarded the single with gold certification.

She released her three singles I Got It, Mama Don’t Worry, Whachu Know in the same year 2017 however these singles were without any albums and their announcements as well. This continued to the beginning of 2018 as she released another song without any album which was titled ” Both of Em”.

Bhad Bhabie released another single in March 2018, which was titled “Gucci Flip Flops”. It featured the popular rapper Lil Yatchy and also became her biggest song to date.

The single was certified gold by Music Canada and also by the prestigious RIAA. Danielle released another single a month later named Trust Me and announced her first mixtape titled 15 was also released in September 2018.

Danielle kept releasing singles featuring popular artists and the next in line was Tory Lanez who featured on her songs named Babyface Savage and single named Bestie which featured another promising rapper named Kodak Black.

Bhabie song Savage became the iconic song for Twitter, Instagram, and TikTok and also become the popular track on the charts. Due to her incredible talent and her beauty, Danielle started getting brand endorsements from beauty products such as Copycat Beauty with whom she signed a six months deal.

Bhad Bhabie has released her music label named Bhad Music in September 2021. Her first single in 2021, came in September which was titled “Miss Understood”.

Bhad Bhabie came into lots of criticism in 2018 due to her altercation with the rapper Iggy Azalea. The duo had lots of back and forth on Twitter however they met at the party organized by superstar rapper Cardi B, which resulted in face-to-face altercations in which Bhad threw drinks at Iggy’s face.

She also came into controversy when she labeled Black people as Tarzan and was accused of Blackfishing of the black culture and ethnicity.

Is Bhad Bhabie Dating Anyone?

Bhad Bhabie is currently single and is not dating anyone. However, she dated popular rapper YungBans for almost 3 years. In 2017, she tattooed Bans name on her leg sparking rumors of if the two artists were dating.

It was soon confirmed when fans spotted YungBans in Bhad Bhabie’s bed during Instagram video clips. Many fans were happy whereas some brandished the relationship illegal as she was only 16 years old at the time.

Moreover, she also tattooed the name of NBA star YoungBoy on her hand which again created rumors of them dating however Danielle actually cleared that they were not dating and the tattoo meant a completely different meaning.

Bhabie is a popular singer, rapper, musician, and internet personality who has earned millions from her music, beauty products, and also from her Onlyfans account.

She has not revealed how much exactly earns from her music and her other ventures however she surely does share her properties and riches on her social media. Currently, Bhad Bhabie has a net worth of approximately $4 million as of 2022.

Not only as of the musician and rapper but Bhad makes her money from the concerts and tours as well. Most of the time she does international shows which adds to the net worth account with ease.

Even though there is data on her musical career one has to remain bare-handed on the houses and cars. Saying this she is vocal about her earning. If someday she opens up about her cars and villas readers will be made aware of it.

Bhad Bhabie is a very popular social media personality because of her music and her controversial opinions. She is mostly active on Twitter and Instagram where she shares most of her photos, videos, and promotional events as well. Her social media followers are:

Bhad Bhabie has a net worth of approximately $4 million as of 2021.