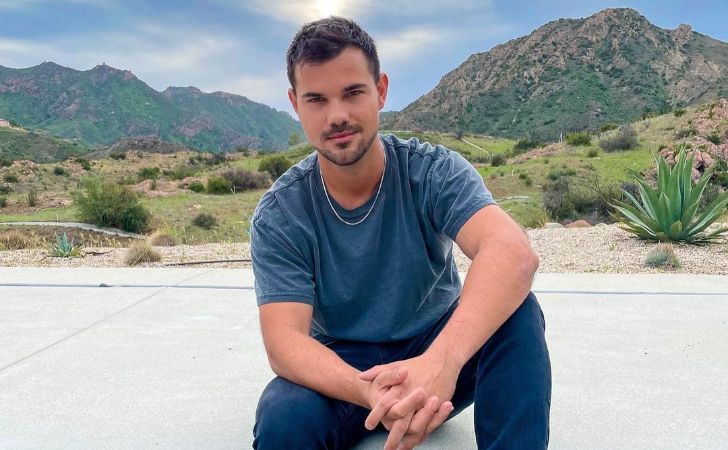 Taylor Lautner is an American actor actively working in the entertainment industry for more than two decades. Lautner is most popularly known for his work in the fantasy saga named Twilight. He was still a teenager when he began working in Twilight. He was seen as a sex symbol thanks to his ripped appearance in The Twilight Saga.

Although Lautner had begun working as a child actor about a decade before his role in The Twilight Saga which helped him gain worldwide fame.

Taylor Lautner began with mostly comedic roles in shows like The Bernie Mac Show and My Wife and Kids. Modeling has also been a large part of his career.

He has graced the covers of many magazines and walked infamous shows. Lautner has been on the list of most attractive males several times from magazines like Glamour, People Magazines, et cetera. During his later teenage years, he was one of the highest-paid child actors in Hollywood.

Born on the 11th of February in the year 1992, Taylor Lautner is 30 years of age as of 2022. The actor began acting at the young age of 9 mostly in comedic roles with some appearances in tv commercials.

His first work as a child actor was in a movie named Shadow Fury where he had a small part as a character named Kismet. Lautner has come a far way from his early roles as small characters to be one of the well-known names in Hollywood.

Taylor Lautner is and has been known for his attractive physique for quite some time now. Needless to say, Lautner takes great care of his body. The actor stands at a height of around 5 ft 10 inches. He has dark brown eyes and pitch-black hair.

As the regular workout and healthy diet have been his mojo, his weight of Taylor stands at 76 kgs which is very impressive. An athletic body with a tall height makes him the ultimate handsome hunk.

The actor has a younger sister named Makena. Talking about his origin, the actor has European ancestry from his paternal side whereas distant native American origins are from his maternal side.

At the young age of six, Lautner began taking Karate classes and even went on to take part in Karate tournaments. He received his black belt just after two years of training under Chaturantabut.

Lautner is a karate prodigy and has gone on to win several junior-level world championships. Apart from being involved in Karate, Lautner was also interested in hip-hop and baseball. Lautner completed his high school studies at Valencia High School in Santa Clarita.

In his early years, Lautner mostly worked in small television roles as well as television commercials. His debut as an actor was in a television film named Shadow Fury. Lautner played a small role in the movie.

He later voiced characters in animated series like Duck Dodgers, Danny Phantom, and What’s New, Scooby-Doo?. In 2008, Taylor Lautner starred as Jack Spivey in a tv-series named My Own Worst Enemy.

Work in The Twilight Series and Later

His career took a sharp turn and his popularity skyrocketed after his appearance as Jacob Black in The Twilight Saga: New Moon. Lautner got the role after competing in an audition among many mothers.

By the third movie in The Twilight Saga, Lautner had become a heartthrob among his fans. He played his last role as Jacob Black in the last movie The Twilight Saga: Breaking Dawn-Part 2 in 2012.

You may also read: Franklin Graham Net Worth – Who is Samaritan Purse’ evangelist? >>

After his work in The Twilight Series, Jacob Black’s major work was seen in a series named Scream Queens. He was seen playing the character Dr. Cassidy Cascade. Between 2014 and 2018, he worked as Dale in the tv-series Cuckoo.

Taylor Lautner took a break after his role ended in tv-series Cuckoo in 2018. Lautner returned to acting in 2022 playing a role named Troy Lambert in a Netflix Original Home Team. The movie tells the story of a coach named Sean Peyton and his reconnection with his young son.

In 2020, Lautner moved to Los Angeles after buying a home in Agoura Hills and currently lives there.

Taylor Lautner has a vibrant dating history. The actor has dated many popular stars and singers in Hollywood. His first publicly known relationship was with Selena Gomez which began in 2009 and ended the same year.

He then began dating Taylor Swift a few months after his relationship with Selena Gomez which also lasted for a short period of time.

The actor is currently in a committed relationship with Taylor Dome since 2018. The actor met Tay Dome through his sister. Soon after their first meeting, Lautner and Dome began dating and haven’t looked back since then.

Tay Dome is a registered nurse and an influencer on Instagram. He announced his engagement with Tay Dome in November of 2021. No information or data about their marriage has been revealed by them as of yet.

You might be thinking that is enough for the dating spree. Well, there have been more of them. Lily Collins, Maika Monroe, and Bille Catherine Lourd are some of the other famous names. Out of all of that Marie Avgeropoulos is the most talked off.

Taylor Lautner has an estimated net worth of around $40 million as per online reports. The actor received a hefty amount of payment for his work in The Twilight Saga.

For his work in the first movie, Lautner received a sum of around $1 million. This payment made him one of the highest-paid teenage actors in Hollywood.

Moving into the net worth department of the actor there are some good assets owned by him. Talking about it, he has a BMW 5 series, a Porsche 911, BMW Z4, Audi R8, Mercedes SLS AMG. One can say easily that he is a car freak and likes to make a collection of it.

Lautner is quite active on all of the major social media platforms and has a massive following everywhere. He often shares pictures of his family and girlfriend through his Instagram account. Lautner mostly uses his Twitter account to interact with his fans and followers.

Taylor Lautner is not married yet. So, the question about his wife goes out the window. He is currently engaged with Tay Dome. The couple began dating in the early months of 2018 and announced their engagement in November of 2021.

It isn’t yet clear why Taylor Lautner and Taylor Swift broke up. There are rumors that Lautner was more serious than Swift was in the relationship. Even after the break, the couple is still good friends.

Taylor Lautner is quite rich thanks to his earnings from his work in The Twilight Saga. He has a net worth of around $40 million and spends his money living a comfortable life.

The rumors indeed are true. There was speculation that Taylor Lautner might be replaced after the first movie as the change in the body structure of Jacob Black’s character from the first to the second book is immense but it did not happen.