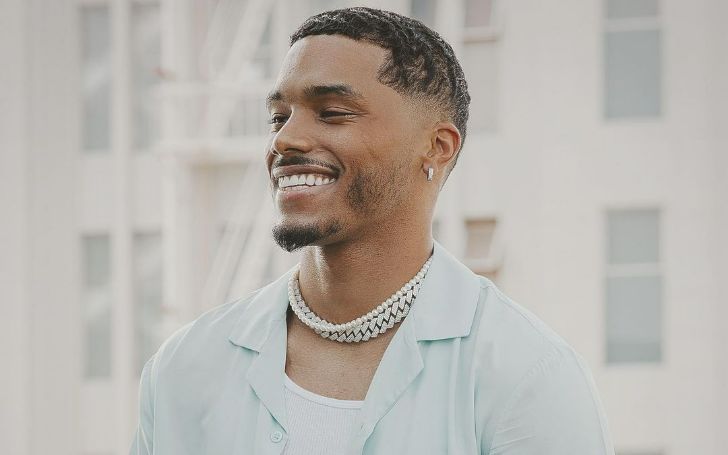 Rome Trumain Flynn was born on 1991 November 25 and is a popular American actor, musician, and model. Flynn is pretty famous for his portrayal of the character Zende Forrester Dominguez on the daytime drama of CBS titled ‘The Bold and the Beautiful.

Because of the show, he also won a daytime Emmy Award for being one of the Outstanding Younger Actors in the drama series in the year 2018.

Rome has also played other roles, including the portrayal of the law student called Gabriel Maddox in one of the ABC drama series ‘How to Get Away with Murder.

Flynn has even published a couple of new songs. Some of the songs are ‘Brand New’ and ‘Keep Me In Mind,’ which passed 1 million total streams on Spotify.

Not only that, but Flynn has also played other amazing characters in different other popular television shows. Some of Flynn’s popular TV shows include NCIS: New Orleans, A Christmas Duet, Drumline: A New Beat, Family Reunion, etc. Now, let’s start with quick facts about Mr. Flynn.

Flynn was born in Springfield, Illinois, United States. Flynn has a total of seven siblings, four brothers and two sisters. However, their name is not disclosed yet.

In his further time, he loves spending time with his nephews and niece. His mother’s name is Nickey, a chef, and his father’s name is Rome.

Flynn also did his high schooling at Lanphier High School, also from which he matriculated in the year 2010. Flynn used to play basketball during his high school days which pretty much helped him to gain the scholarship to attend college.

Rome then went to Benedictine University, also graduating in the year 2014. Then soon after getting enrolled in the university, he was found by the talent scout, who helped him make his career in acting.

This handsome actor is one of the popular American actors, musicians, and a model and has worked as various characters in television and movies.

This handsome 30 years old actor stands at the height of exactly 6 ft or 182 cm tall and weighs around 75 kg or 165 lbs. Rome has a blackhead, and his eye color is also black. Flynn’s sexual orientation is straight.

Flynn holds an American nationality and belongs of Irish and Afro-Cuban descent. Flynn practices Christianity as his religion, and his zodiac sign is Sagittarius.

He has been very interested in sports since an early age. Rome loved staying on the streets and absolutely loved playing basketball with his friends.

He also enjoyed playing guitar as he also learned guitar at a very young age of nine.

Other Projects and Ventures

This 30 year old actor has been in the acting industry for a long period of time. He has created his amazing attribute of being one of the best actors in the industry.

Within this period, Flynn has won major awards and has been nominated for more awards.

In 2018, Rome won the Daytime Emmy Awards. He won the category in “The Outstanding Young Actor in a Drama Series.

Similarly, a year later, in 2019, Rome Flynn won the best ensemble cast award for the movie 1/2 New Year. The award organization that nominated him for was the First Glance Award.

Flynn is very famous for his acting; however, he has come under some rumor and controversy. One of the major rumors that made Rome very sad and angry was that rumor he likes an underage girl and even had sexual relations with one of them.

It is just an allegation that a Twitter user has accused him of showing some Twitter messages that allegedly Ryan forwarded. That accusation is not proven right to date.

Not much information is present about their relationship, but they dated for quite a long time. However, Molly still has a nice relationship with Rome’s mother, which is pretty amazing.

After breaking up with his daughter’s mother, Flynn dated a fashion model named Camia Marie. The two started dating back in the year 2015.

They first met at Camia’s house, and they used to share a lot of pictures together. Camia even shared pictures with

Flynn’s daughter, later on, made speculations that Kimiko is Camia’s daughter, which was obviously false news. However, Flynn and Camia separated after dating for three years.

After breaking up with Camia, there was no news about Flynn dating anyone, but there were rumors that he is dating his ‘How to Get Away With Murder co-star Aja Naomi King.

However, there are no confirmations yet, as I already mentioned, it might be just a rumor.

Meanwhile, talking about the social media attention of Rome, he is quite popular on his Instagram handle. This man has a massive fan following on his Instagram account with more than 100 posts.

Flynn has often shared pictures of himself, his work, and the things he loves doing, such as playing basketball and many more, and it is pretty impressive.

As of 2022, Rome has a net worth of around $ 1 million as of the present. Flynn is one of the popular American actors, musicians, and models.

Flynn has been working very hard in his life for himself and to achieve his goals also, he is never tired of chasing and achieving his goals.

He has inspired many from his amazing personality, acting skills, and songs. Rome is basically one of the richest television personalities.

Despite being so rich, there is not much information on Rome’s earnings from each show and movie. However, there is a rumor he earns over $500k for every show he appears on.

He is a popular American actor, musician, model, and public personality.

He is not dating anyone currently. However, there are rumors of him dating one of his co-stars, but nothing has been confirmed yet.

According to some of our sources, he loves playing basketball and spending his time with his beautiful daughter and his nephew and niece.