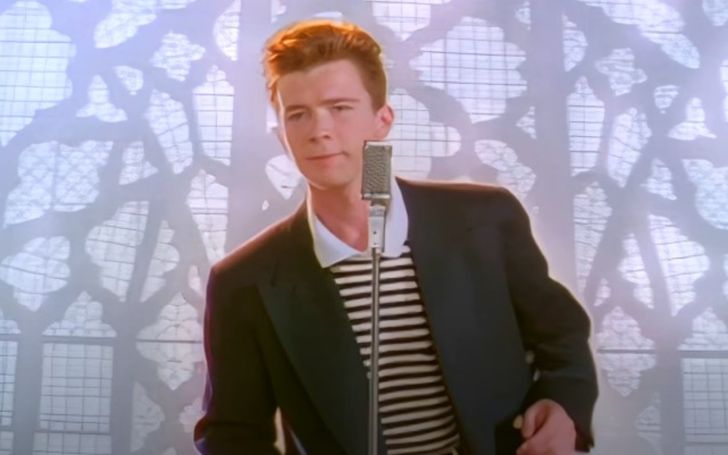 In 1987, the song Never Gonna Give You Up by Rick Astley created havoc in the industry. As soon as it was released, it became a number 1 song in 25 different countries. His fame skyrocketed instantly, and people could not get his song out of their heads.

Although this song was released in 1987, it made a huge comeback in 2007. His song became a Rickrolling meme, and for that, he received the Best Act Ever award at the MTV Europe Music Awards 2008. Despite all this, he had a rough patch in his life and struggled a lot to reach where he is now.

As a matter of fact, when he released his first album, it flopped, but this man held his head high and was determined to become a musician. Some of his legendary songs are Together Forever; She Wants to Dance with Me, Angels on My Side, Keep Singing, When I Fall in Love, Cry for Help, It Would Take a Strong Strong Man, Try, She Makes Me, etc.

Today, we will be delivering and everything about your favorite singer in detail. The discussion will include his all-time hit music, love life, personal life, and many more. Before all this, let us know about this handsome further through some quick facts;

Who Is Rick Astley?- Family, Siblings, Childhood, and Education

This amazing singer was born in the wonderful place of Newton Le Willows, located in Lancashire. Sadly this man has never been vocal about her parents. The foremost reason for this can be that his parents parted ways when he was only 5 years old. After that, Rick’s father raised him to be a greater man.

Although her parents were no longer together, his mother lived only a few streets away from them. Hence it was easier for Rick to see her mother whenever he wanted. When he grew a bit older, Astley learned that his father kicked his mother out of the house. Therefore he slowly distanced himself from him.

As a matter of fact, he is the fourth kid in the family, and nothing can be said about his sibling due to his privacy. Rick learned about music when he was just 10 years old. He used to sing in the local church choir. Slowly after this, he formed his own band named FBI during his school days.

During that time, Rick played drum most of the time and befriended guitarist David Morris. After he completed school at the age of 16, he got a job in his father’s market gardening business as a driver. Similarly, during the night, Rick used to play drums on the Northern club circuit. Soon he entered several competitions and won the show.

How Old Is Rick Astley? When Did He Die?

This handsome singer was born Richard Paul Astley on 6th February of 1966. There are a lot of rumors on which internet regarding the demise of Rick. However, this appears to be false as this man is healthy and still producing songs here and there in the industry.

In 2021, Rick is 55 years old and stands tall at a marvelous height of 5 feet 11 inches. He is a very handsome man who is blessed to have short dark brown hair and a pair of dark brown eyes. Likewise, his body weight is only 74 kg. The most distinctive feature of Astley is his cute face and syrupy voice.

This 55-year-old singer became a huge subject of a meme, and one of the greatest pieces of music in his career became an inevitable part of it. This phenomenon got viral in 2007 and was named Rickrolling. People were tricking the web user by seeing Rick’s music video Never Gonna Let You Up when they click some link that was supposed to be something else.

It became viral by 1 April 2008, and even YouTube pranked the user by making a featured video on its front page a rickroll. Finally, on November 27, 2008, this man made it big when he rickrolled the live audience in Macy’s Thanksgiving Day Parade. The foster’s Home for Imaginary Friends characters were singing the song Best Friend.

In the middle of the show, Rick came from backstage and lip-synced his signature hit song. Surprisingly on 17 June 2020, some Reddit users rickrolled him. Eventually, his number one hit album Never Gonna Let You Up was viewed over a billion times on YouTube.

Who Is The Wife of Rick Astley? Does He Have Kids?

In 1987 this singer was at the peak of his career after Never Gonna Give You Up. This song won the heart of young girls worldwide, but only Lene Bausager was able to charm him. Soon after his hit album got released, he met the love of his life in 1988.

Surprisingly Rick decided to retire from his music career at the age of 28 to raise his family. According to reliable sources, this duo walked down the aisle in 2013 and resided in East Molesey. The lovey-dovey couple was blessed to have daughter Emilie in their life.

As of now, she is a landscape gardener and living in Denmark. When his daughter was just 9 years old, Astley decided to continue his work. During all these ups and downs, his wife was always beside him. Lene is also a famous film producer whose movie was once nominated for Oscar.

What Is The Net Worth of Rick Astley?

As mentioned above, Rick had a very short span of a career in the music industry. After releasing Never Gonna Give You Up at the age of 21, he decided to retire at 28. During this time, he had already released four albums.

When his song was released, Rick became a millionaire overnight. In 2021, Astley’s net worth is $16 million. Apart from this, there is no news on how much he made from the song alone. However, we sure can tell that Rick is blessed to have a luxurious lifestyle.

Rick is a fun-loving person who likes to get in touch with his fans. Therefore he loves spending his time on social media platforms and especially on Instagram. Despite being one of the greatest influencers, he does not have a huge fan following on Instagram.